Think ice cream is off-limits in a healthful diet? Think it’s too fattening? Think it’s merely a once-a-month treat — if that?

Napa’s Re:Think Ice Cream wants you to rethink all of that.

Founder George Haymaker has created an ice cream that has about half the calories and a third of the carbs of premium ice cream. It’s also loaded with protein, prebiotic fiber, anti-inflammatories and antioxidants. And it’s low glycemic.

Sound too good to be true? Or to even taste decent?

After struggling then finally conquering drug and alcohol addictions, Haymaker knows all too well how easy it is to give into sugar cravings. He wanted a treat that was more healthful yet still satisfied.

So he came up with Re:Think to satiate his own ice cream weakness. It uses agave syrup which is about three times sweeter than regular sugar, so less is needed to still produce a sweet product. I like that he didn’t go the Stevia route, which I always find has an unpleasant bitter aftertaste.

He also adds isolate whey protein into the ice creams so they each have 8 grams of protein per serving. Non-caffeinated green tea extract is also added for its antioxidant and anti-inflammatory properties, as well as organic inulin, a prebiotic fiber that helps to promote healthy gut and regular digestion.

A half cup serving has 140 to 170 calories, depending upon the flavor, which is about 100 calories less than premium ice cream. As such, Re:Think doesn’t have the all-out, lavishness of, say, a Haagen-Dazs, but it is plenty creamy and rich tasting, more so than plenty of run-of-the-mill inexpensive supermarket brands. I did detect just the faintest hint of chalkiness on the finish, maybe from the whey protein. But it didn’t detract from the ice cream at all.

You will have to exercise a bit of patience with this ice cream, though. Because it is lower in fat, it freezes rock-hard. When you open the pint, it will be impossible to get a spoon or a scoop into it. But leave it out on the counter for about 15 minutes and it will soften to a scoopable consistency. The lid is even printed with the words, “Let soften.” Get a load of the glorious color of the Tumeric Ginger flavor.

The Turmeric Ginger is the color of Golden Milk and tastes like that on-trend beverage, too. The Coconut Matcha boasts the striking color of the Japanese ceremonial green tea, but the coconut flavor is what dominates. The Almond Asteroid has a flavor that reminds me of Chinese almond jello. It’s got chocolate shavings and bits of almond in it, too. The Cardamom Pistachio is like chai tea with a good amount of soft, nutty pistachios complementing the warm, sweet spices.

The Coffee Hazelnut tastes like a frothy, milky hazelnut coffee. The coffee flavor is gentle and smooth. The Chocolate Majesty is plenty chocolatey, but not intense. It reminds me nostalgically of the chocolate ice cream ups you’d eat as a kid with a wooden spoon. The Mint with Chocolate Flakes has a subdued mint chip flavor. The only one I thought kind of missed the mark was the Meyer Lemon Poppyseed. I just didn’t think it had enough lemon flavor. It rather lacked oomph. 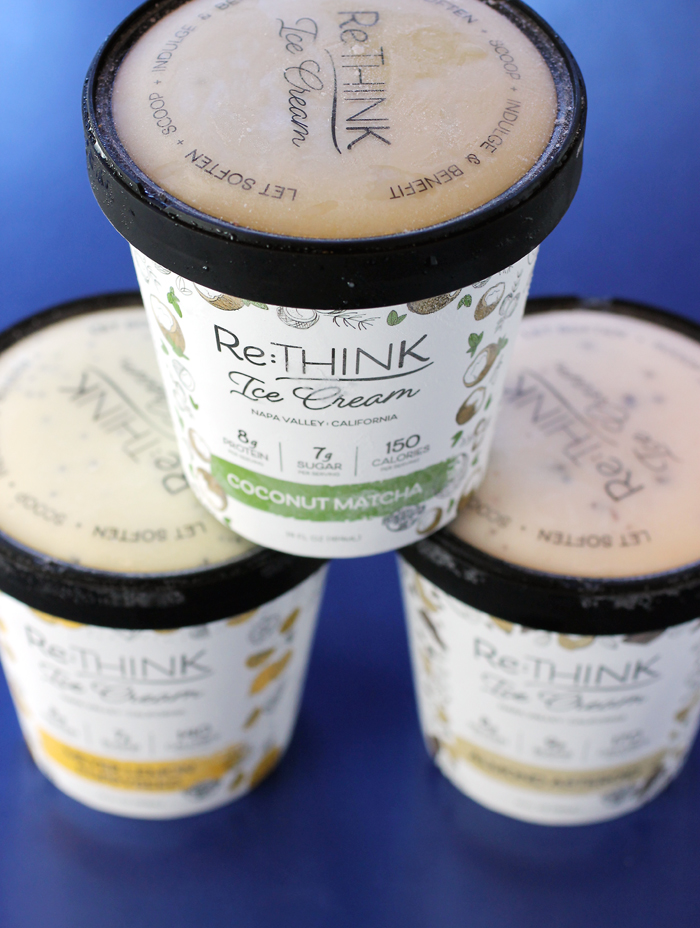 There are currently eight flavors, with six more in the works.

A portion of profits is donated to organizations involved with addiction treatment, animal rights and care, children’s education, and melanoma research.