Unfiltered and with a nice burn down the throat.

When it comes to food, I am not a fan of blow-your-brains-out spiciness.

But when it comes to ginger beer, well, that’s another story.

When I was invited to try a sample of Brooklyn Crafted Extra Spicy Ginger Beer, that’s exactly what my response was.

The spicier the better, when it comes to my beloved ginger.

END_OF_DOCUMENT_TOKEN_TO_BE_REPLACED

You Barely Have To Lift A Finger For Featherweight Slaw A crunchy slaw with loads of flavor to make in a flash.

This slaw may be featherweight, but it’s a heavyweight in flavor.

With a flurry of napa cabbage, sesame seeds, almonds and green onions, it’s a little like Chinese chicken salad. But not.

The secret is freshly grated ginger that really gives a ka-pow of bright, sharp throaty warm heat. Since I’m an avowed ginger addict, I even added a little more ginger, well, because why not, right?

“Featherweight Slaw” is from “Food52 Mighty Salads” (Ten Speed Press) by the editors of Food52. 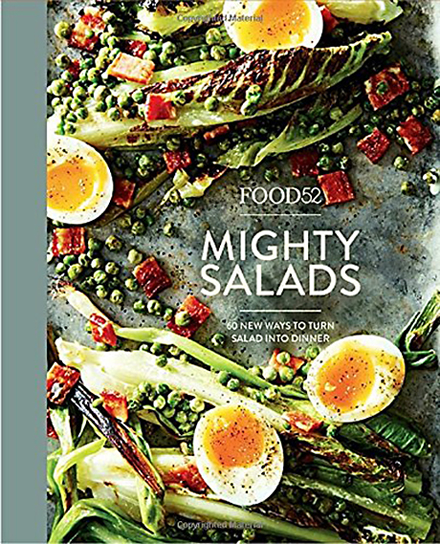 The book, of which I received a review copy, features 60 recipes for an array of salads perfect for dinner or lunch. There is everything from leafy salads such as “Chard Salad with Garlic Breadcrumbs & Parmesan” and grain salads such as “Brown Butter Brussels Sprouts & Crispy Quinoa” to pasta salads such as “Half-Blistered Tomato Pasta Salad” and meat salads such as “Thai Pork Salad with Crisped Rice.”

END_OF_DOCUMENT_TOKEN_TO_BE_REPLACED

Take Your Taste Buds On A Ride with WildMule The newest libation from Dan Gordon.

What beverage tastes like an apple cake loaded with crystallized ginger?

The new WildMule by Dan Gordon of Gordon-Biersch beer fame.

A year and a half ago, the San Jose-based master brewmeister debuted his Wildcide hard apple cider, a hard cider made of just yeast, and the just-pressed juice from Oregon-grown Fuji, Granny Smith, Golden Delicious and Red Delicious apples.

Now, he’s brought out a riff on that: WildMule, which takes his Wildcide and blends it with pure cane sugar syrup, lime juice, and Peruvian ginger juice. It’s his take on a Moscow Mule.

END_OF_DOCUMENT_TOKEN_TO_BE_REPLACED Born in Moscow, Michael Cramer (he Anglicized his original surname of Kreymerman after immigrating to the United States) grew up with tea as a staple.

So it may not be surprising that the former investment banker decided to establish a tea company in New Jersey in 1999 with his brother and mother.

What is remarkable is that Adagio Teas was profitable in its first year.

But when you taste the teas, you can see why.

There is a real vitality and vibrancy to them, as I found out when I was sent samples to try recently.

END_OF_DOCUMENT_TOKEN_TO_BE_REPLACED With the exception of sushi, we’ve become so accustomed to cheap Asian food in heaping quantities, that we fairly balk when we come across an Asian restaurant daring to focus on premium ingredients, handled with precision, and plated with finesse and restraint.

Khai, which opened in December in San Francisco’s Design District, is a modern Vietnamese restaurant that serves only one menu — a 10-course tasting for $95. If your eyes are already rolling back in their sockets at the thought of just how much food you could get for that price at your neighborhood pho joint, you are missing the point. Because at $95, this dinner experience is a relative bargain as far as tasting menus go in the Bay Area.

For a dozen years, Chef Khai Duong oversaw Ana Mandara in San Francisco. After it closed, he traveled around Asia, reconnecting with his roots. He even won a gold medal in the International Beijing Culinary Competition, besting 200 other chefs.

At 58, he opened a very personal restaurant. 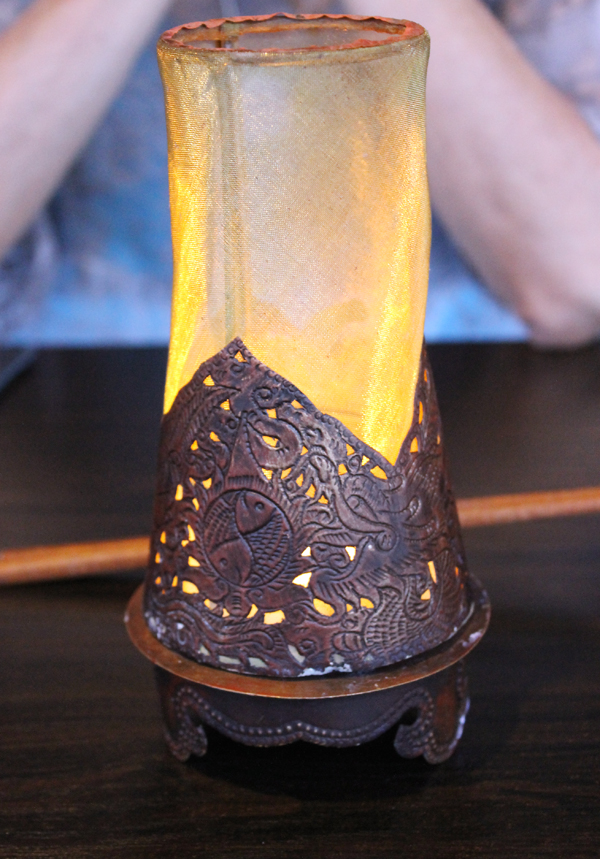 A candle illuminates each table.

He always knew he wanted to come back to San Francisco, though, to open something unique. At age 58, he did just that.