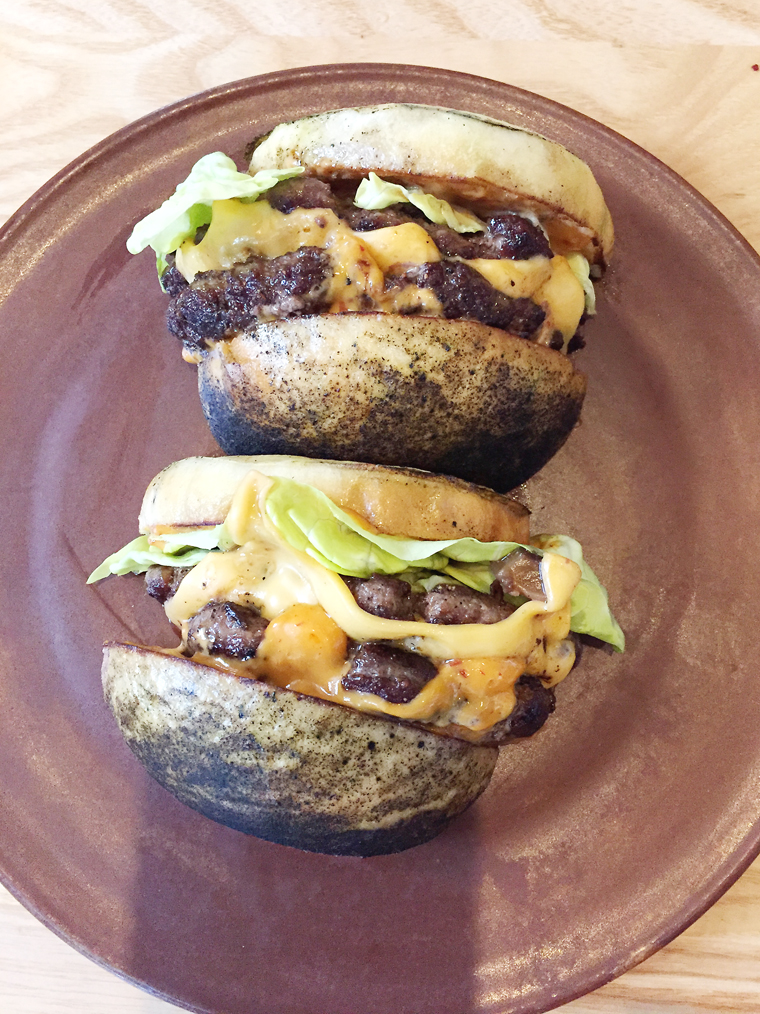 Presenting the new burger at Bird Dog (conveniently cut in half for the two of us to share).

It might very well be the best burger you’ve ever had.

But it’s not listed on the menu. At least not yet.

The only way you can try the sublime double-patty creation at Bird Dog in downtown Palo Alto is to know about it and ask for it.

So for those of you reading this, go for it. You won’t regret whispering this order to your server.

What makes this burger so special?

END_OF_DOCUMENT_TOKEN_TO_BE_REPLACED

Lunch Is Served — At Bird Dog 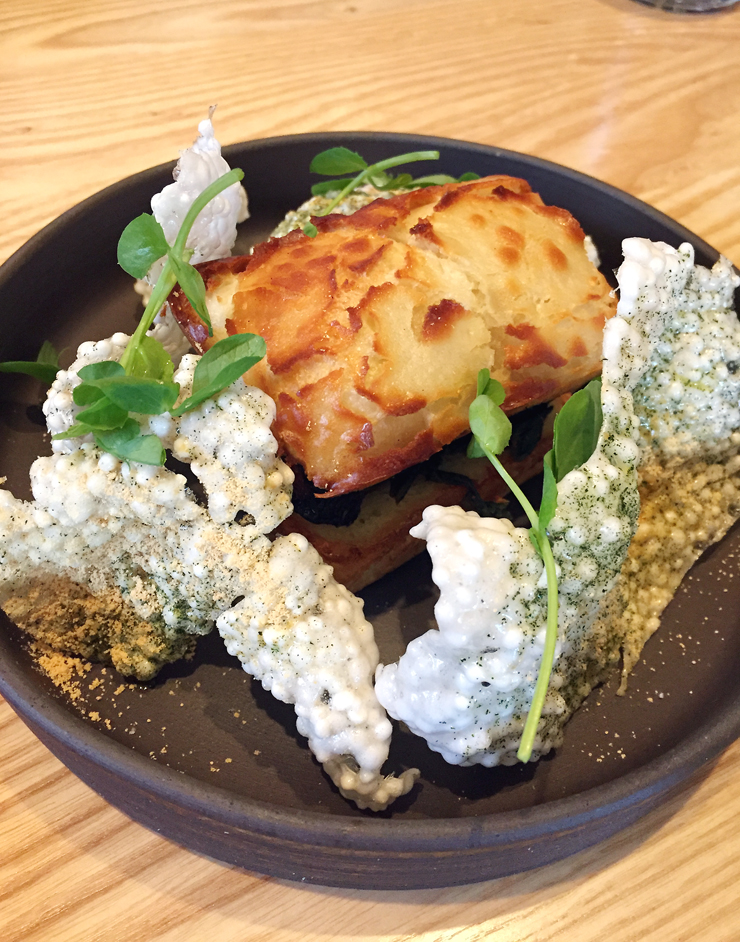 Your usual sandwich probably is nothing like this eel one at Bird Dog.

Bird Dog has been a hot ticket ever since it opened in downtown Palo Alto in 2015.

In April, it added lunch service, which is a much easier way to snag a table at the ever-popular restaurant run by Chef-Partner Robbie Wilson, and his wife, Managing Partner Emily Perry Wilson.

If you’re used to mindlessly grabbing a giant burrito or burger on the run, this is decidedly a more leisurely type of lunch that begs you to take time to really enjoy and marvel. That’s because Chef Wilson, who has worked previously at the French Laundry in Yountville, Craft in New York, and Maison Troisgros in France, creates food that is not only delightful but inspired. And when’s the last time you felt that way about lunch?

END_OF_DOCUMENT_TOKEN_TO_BE_REPLACED 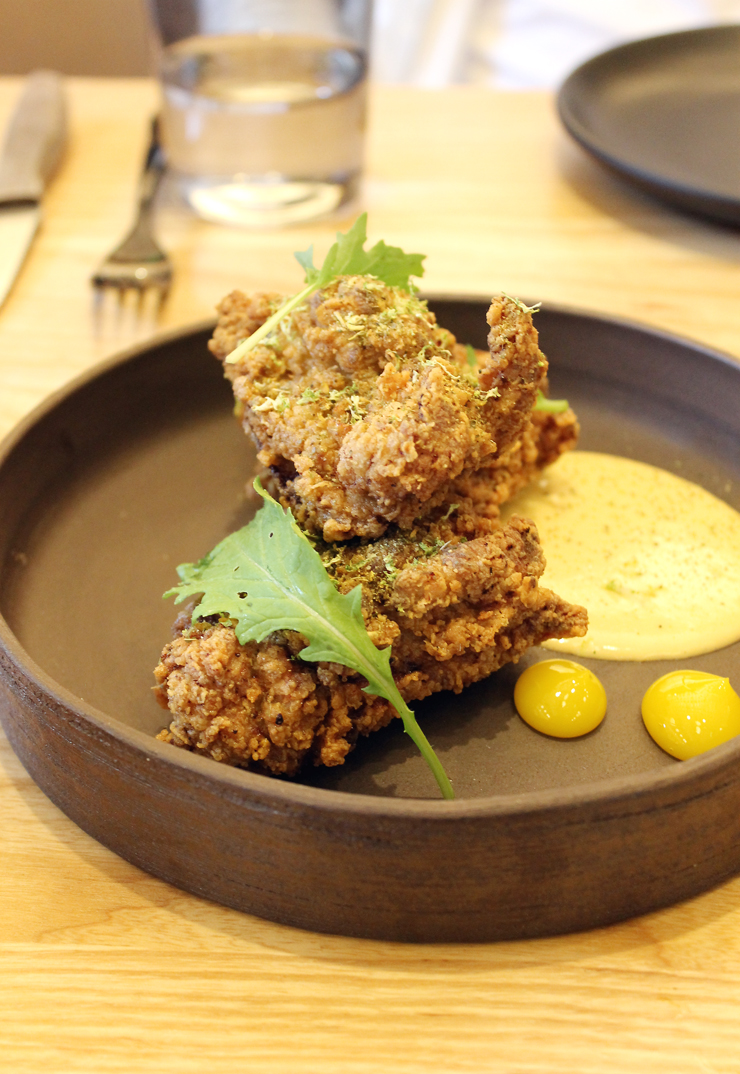 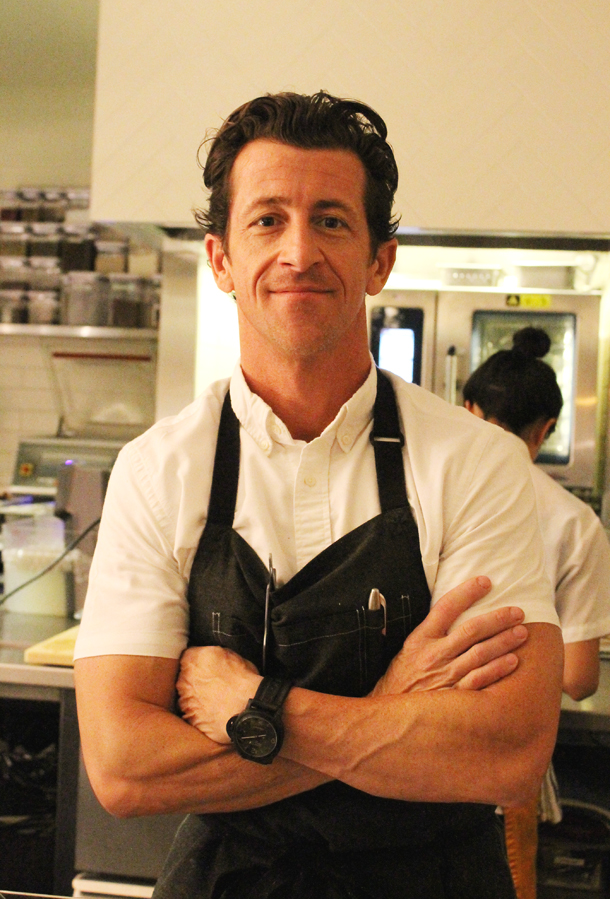