A Dutch Coffee Ritual Comes to the Bay Area 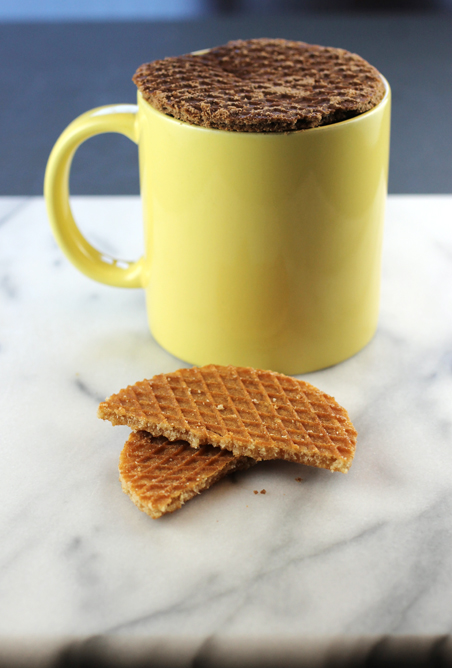 Place a Rip Van Wafel on top of a hot cup of coffee to warm it before enjoying. You can see it start to sink in the center from the heat.

So many great ideas start in a garage.

But this one had its humble beginnings in a dorm room.

Amsterdam-native Rip Pruisken was a student at Brown University when he grew homesick for warm wafels enjoyed with a cup of coffee — an afternoon pick-me-up ritual beloved in the Netherlands. When he couldn’t find any wafels in the United States, he set about making his own. He bought a waffle iron and started churning out batch after unsuccessful batch in his dorm room until he hit on going to Holland to study how they are made. Upon his return, he set up a stand on the main green of the university, selling his handmade wafels to curious classmates.

Armed with ingenuity and a knack for using the resources around him, he recruited engineering students to design an automated wafel press. Next, he joined with fellow entrepreneur Marco de Leon of Brazil to win the Brown Business Plan Competition. Emboldened by that honor, they relocated to San Francisco, lured by its fanatical coffee culture.

Now, Rip van Wafels are available in every Peet’s Coffee & Teas, as well as at Bi-Rite Market in San Francisco, Bay Area Whole Foods and the Atlas Cafe in San Francisco.