At a time when immigration is a political lightning rod comes a book that reminds us just how much our culinary landscape has been deliciously shaped by the food traditions brought and shared by so many newcomers to this country.

“A Place at the Table: New American Recipes from the Nation’s Top Foreign-Born Chefs”

(Prestel), of which I received a review copy, celebrates 40 of America’s top chefs and rising stars, all of them immigrants, who forged a new path here to make their mark in the culinary world.

The new book is by Gabrielle Langholtz and Rick Kinsel, respectively the director of culinary projects and the president of the Vilcek Foundation, a New York organization that raises awareness of immigrant contributions to the United States.

Within the pages of this beautifully photographed book, you’ll get to know chefs such as Maneet Chauhan, a native of India who beat out 40 male chefs to become executive chef at Vermillion in New York and Chicago; Diego Galicia, a native of Mexico, who scraped together $15,000 with a business partner to open his Mixtli in an empty train car in San Antonio, TX that led him to being named one of the year’s “Best New Chefs” by Food & Wine magazine; and Mustsuko Soma of Japan, who moved to Seattle to open her lauded Kamonegi, famed for its hand-made soba, after learning that Washington was one of the largest buckwheat producing states in the country.

The stories captivate. And the recipes entice with dishes such as “Sea Urchin Lumpia” from Chef Charles Olalia of Ma’am Sir in Los Angeles; ” “My Mom’s Coffee-Braised Brisket” from Chef Michael Solomonov of Zahav in Philadelphia; “Easy Bibimbap for Home” from Chef Corey Lee of Benu in San Francisco; and “Pancake Stack Cake” from Pastry Chef Miroslav Usukokovic of New York’s Gramercy Tavern.

END_OF_DOCUMENT_TOKEN_TO_BE_REPLACED 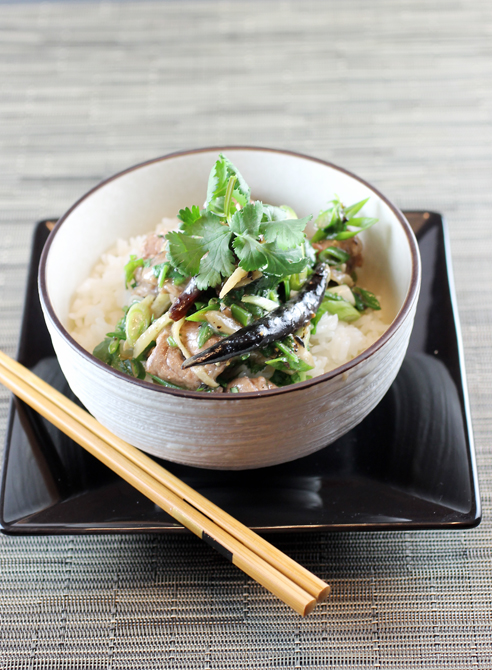 Cumin, chiles and lamb make this one good dish, indeed.

I’ve enjoyed even more the recipes inside, created by the former co-chef of Chez Panisse in Berkeley.

So many recipes from other chefs come packed to the gills with flourishes and garnishes that are a project in and of themselves.

Tanis pares that all away in this book. As he rightly states: A meal  doesn’t have to be complicated, complex or cumbersome. Sometimes all it takes is one splendid dish to satisfy. 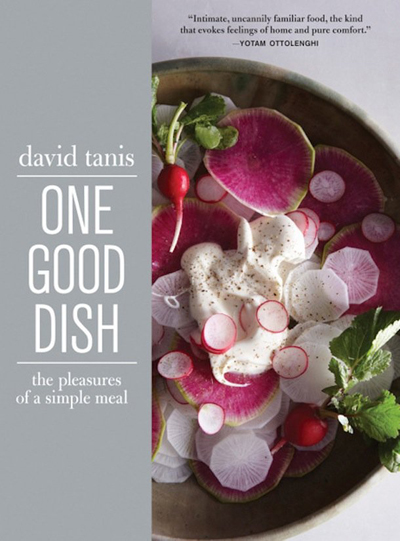 This  book is full of those kinds of dishes, the type you really want to make — and can make without tearing your hair out.  Find everything from “Cornmeal Popovers” to “Potato Salad with Peppers and Olives” to “Quick Scallion Kimchee” to “Spanish Pork Skewers.”