Pork Curry From The Box? You Bet!

It’s the first one that spotlights a recipe that wasn’t tested by me — but instead by my husband.

Because “Pork Curry From the Box” has special meaning for him.

Like so many of us of ethnic heritages, he grew up doing his darndest to disavow his. Wanting to “fit in” and be more “American” as a kid, he turned his back on the traditional Japanese foods his mother would cook. For a spell, he simply wouldn’t eat much of it. Not surprisingly, he never learned to cook any of it, either.

But now, like so many of us, he has deep regrets about that. He misses the aromas and tastes of home-cooked Japanese food. He longs for certain dishes his Mom would make, especially now that she’s no longer alive to cook them. Older and wiser, he now appreciates them in a way that he couldn’t before.

So when a review copy of “The Gaijin Cookbook: Japanese Recipes from a Chef, Father, Eater, and Lifelong Outsider”

(Houghton Mifflin Harcourt, 2019) landed in my mailbox, he grabbed it before I could, and started leafing through it with an interest and intention I hadn’t seen before.

The book is by Ivan Orkin, chef-owner of New York’s Ivan Ramen and Ivan Ramen Slurp Shop; and Chris Ying, co-founder of the revered and now-defunct Lucky Peach.

END_OF_DOCUMENT_TOKEN_TO_BE_REPLACED 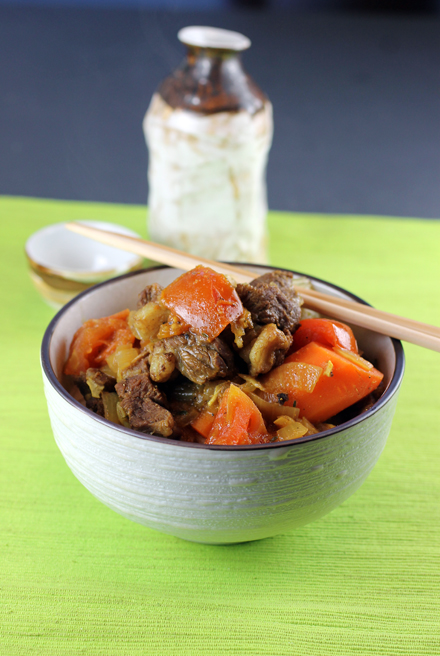