Where I’ve Been Getting Takeout of Late, Part 5

The original Pizza Antica at San Jose’s Santana Row has been a huge draw since it opened its doors in 2003. Even in the midst of a pandemic, with only takeout and outdoor dining on the Row available, it remains ever popular.

When I was invited in as a guest of the restaurant last week, I found the takeout system easy as can be. There’s plenty of parking at Santana Row these days, so once you find a spot, just walk to the restaurant’s front doors to pick up your to-go food that you can order ahead of time online.

You can never go wrong with pizza here. The thin yet pliable crusts sport those lovely charred leopard spots from the oven. The Margherita ($17) is a solid, classic rendition with sweet tomato sauce, creamy mozzarella and fresh basil leaves on a crust with a noticeable yeasty, developed flavor.

END_OF_DOCUMENT_TOKEN_TO_BE_REPLACED 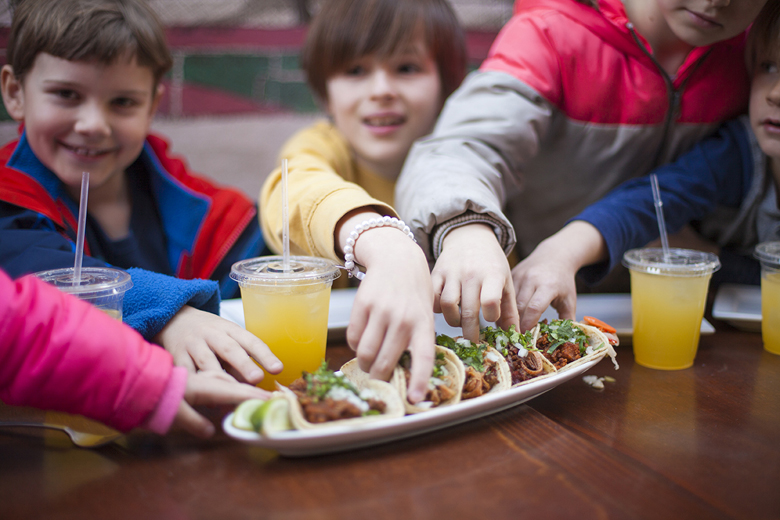 Visit Tacolicious on a Monday to help local schools. (Photo by Eleanor Palmieri)

You probably already know that the Bay Area’s Tacolicious turns out delectable tacos. But what you might not know is that the restaurant company is now in its fifth year of raising funds for local schools.

In fact, its Tacolicious School Project has now raised $852,000 for local public schools, and is closing in on its goal of raising $1 million.

Every Monday from now through May, all Tacolicious restaurants in San Francisco, as well as the Santana Row San Jose location, will donate 15 percent of a month’s proceeds to 36 neighboring public schools.

To see which schools will benefit each month, click here.

What’s more, this year Tacolicious will donate proceeds from its sixth annual Taco Open golf tournament to Parents for Public Schools and the San Francisco Education Fund. The tournament will be held Oct. 19 at TPC Harding Park in San Francisco.

Tacolicious owners Joe Hargrave and Sara Deseran started the school project in 2012. With kids of their own, they knew all too well how public schools struggle these days for enough funds to operate properly.

So if you’re hankering for tacos, be sure to visit Tacolicious on a Monday, when you’ll satisfy not only your hunger, but put your dollars to work for local schools.

Sept. 13, he will cook a $99 four-course dinner at LB Steak, from 6 p.m. to 10 p.m. Guests for this special Oaxacan-influenced dinner will be seated on the patio to enjoy dishes such as Chilhuacle pepper crusted seared Ahí tuna, and pan-roasted duck breast with flying ant mole manchamanteles.

END_OF_DOCUMENT_TOKEN_TO_BE_REPLACED 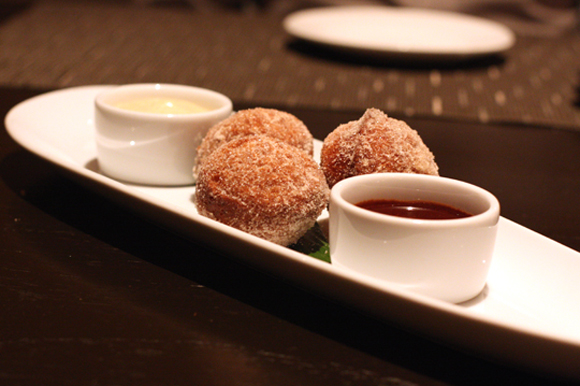 If you’ve strolled around San Jose’s Santana Row, you know it’s a mecca for designer boutiques and happening restaurants.

And what could be better than shopping at your leisure for an afternoon, then resting your weary feet and arms afterward at a swank table set with wine and food?

Fashionable foodies can enjoy both those pastimes at Santana Row’s “Fall Fashion in the Park” on Sept. 8. Two runway shows will take place, at 3 p.m. and 6 p.m. Sept. 8, showcasing autumn and winter looks for men and women from Santana Row retailers.

A wine and hors d’oeuvre reception will precede the fashion show, which also will feature a private shopping boutique and post-show bash.

Meet Whitney Thompson, winner of “America’s Next Top Model,” who will lead a fashionista “walk-off” competition.

General admission tickets are $40 each. VIP tickets, which include reserved front-row seating, complimentary champagne and valet parking, are $60 each.

The event is a benefit for the Junior League of San Jose and the Menlo Park-Atherton Education Foundation.

Contest: One lucky Food Gal reader will win a pair of general admission tickets to the 3 p.m. fashion show at Santana Row. Entries, limited to those who can make it to Santana Row that afternoon of Sept. 8, will be accepted through midnight PST Aug. 25. Winner will be announced Aug. 27.