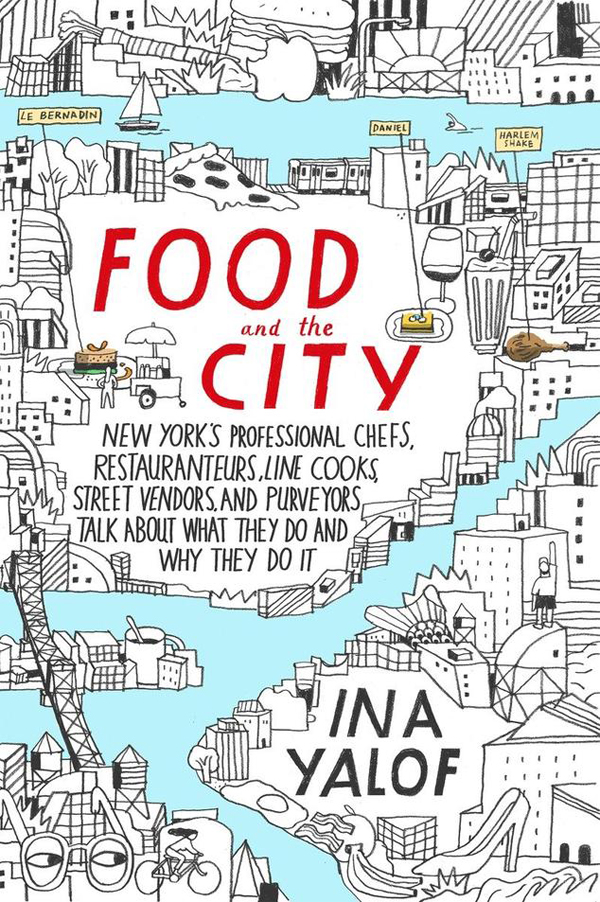 Ina Yalof has authored a new book, called “Food and the City”

“Food and The City”

My favorite read of the year has to be “Food and The City” (G.P. Putnam’s Sons). Think of the legendary, mesmerizing oral histories done by Studs Terkel, only concentrated on the food industry.

That’s just what journalist Ina Yalof has created in this book by shining a spotlight on people in the New York culinary world who aren’t often in the limelight. The profiles are not the usual celeb chefs, though there are chefs included. But rather, they are people like Mohamed Abouelenein, founder of the wildly popular Halal Guys food truck who also happens to hold a doctorate in veterinarian medicine; Alessandro Borgognone, an Italian restaurateur, who was spurred by an argument with his wife and watching “Jiro Dreams of Sushi” to open what would become a four-star omakase in Manhattan with one of Jiro’s apprentices; and Tunisian-born Ghaya Oliveira, who was on her way to becoming a stock trader when family tragedy struck and she was forced to pivot, only to eventually find herself rising through the ranks to executive pastry chef of Restaurant Daniel.

It just goes to show that real-life can so often outshine the best fiction.

Yalof is not a food writer per se, but a reporter who most often delves into topics such as science, medicine and religion. But her keen investigative sense serves her well here as she delves deeply into these people’s lives to find out how they got where they are today. Because they are recounted in oral histories, and this is a New York-based book, one of the pleasures is the vernacular on display. If you’ve ever visited New York, especially the old-school delis and mom-and-pop stores there, you know how colorful and distinctive native New York-speak is. It leaps off the pages here, making you feel as if you’re ease-dropping on a conversation by old-timers at Katz’s.

If you’re looking for a book to get lost in, that’s full of fun yet also remarkable insight, this is the one. 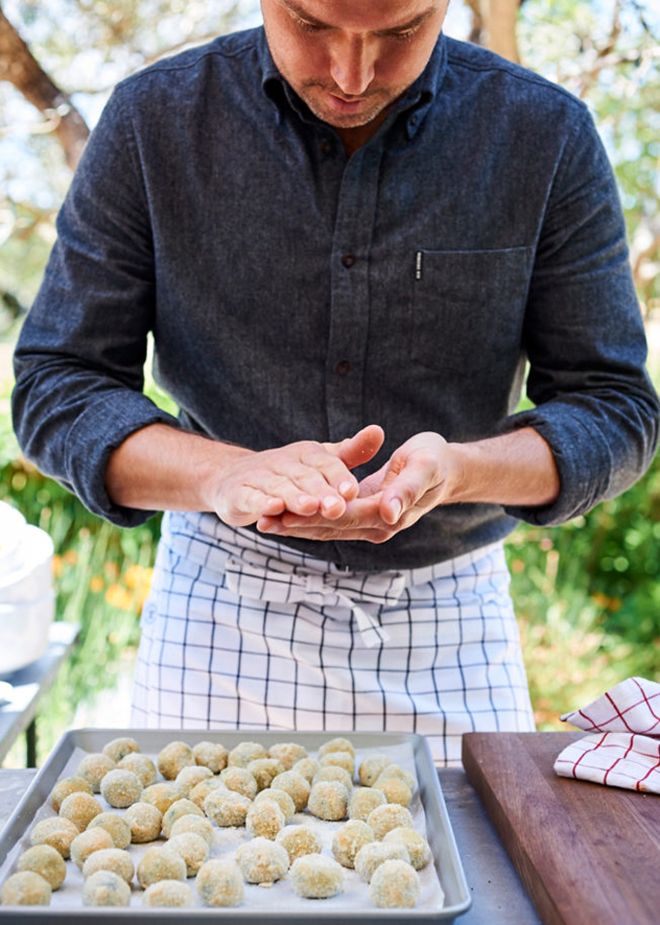 Chef Ryan Pollnow will be showing off his Basque-style tapas at the opening of the new store. (Photo courtesy of Williams-Sonoma)

To kick-off the opening, the store will host a series of events, starting at 7 p.m. Oct. 6 when Chef Ryan Pollnow of Aaxte restaurant in San Francisco serves up an array of pinxtos or Basque-style tapas with a gin & tonics. Register for this free opening party by clicking here.