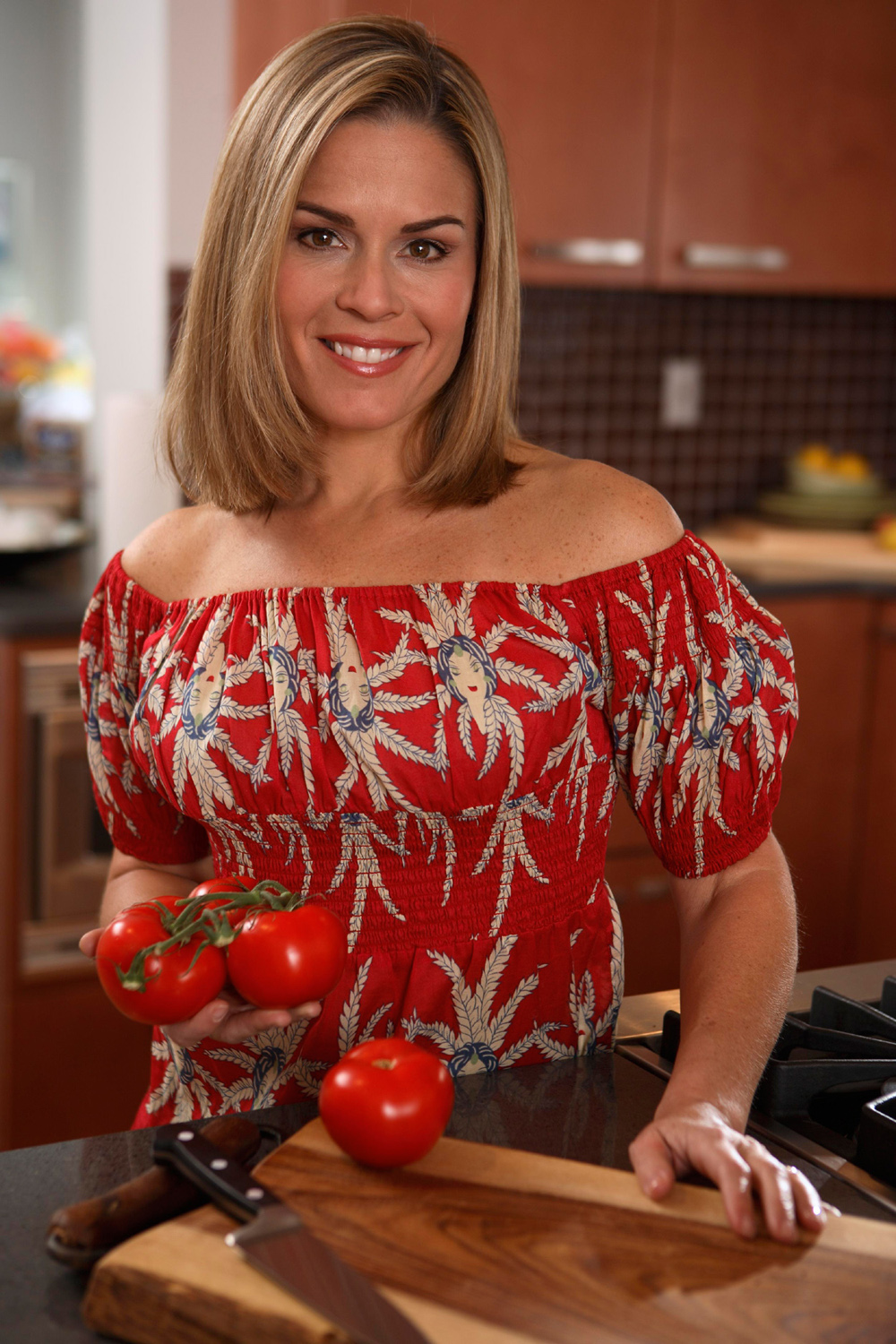 A decade ago, Bay Areans might remember Chef Cat Cora as manning the stoves at Postino Restaurant in Lafayette, and writing a regular cooking column for the Contra Costa Times’ food section.

The 41-year-old Culinary Institute of America grad has gone big-time. You’ll now find her beaming from TV sets across the nation as the only female “Iron Chef America” star on the Food Network.

Her second cookbook just came out this year: “Cooking From the Hip” (Houghton Mifflin), which bears the same name as her former newspaper column.

Cora is set to open a new restaurant in Costa Mesa in December. And she and her partner, Jen, who have been together a decade, are expecting their third child in April 2009.

I caught up with the petite culinary star with the charming Southern twang at the recent “Worlds of Flavor International Conference” at the Culinary Institute of America’s Greystone Campus in St. Helena.

Q: Does it feel like a lifetime ago that you were at Postino and writing for your local newspaper?

A: It does feel like another lifetime ago. It feels like I’ve had three lives between then and now. But it was a fun time for me doing the column.

Q: Why did you decide to settle in the Santa Barbara area?

A: I get to live by the beach, mountains and vineyards. Plus the public schools there are probably better than most private ones around the country.

A: It was a fluke. I’m on the Macy’s Culinary Council. And I had one conversation with them, and they said, “We want you to do a fast-casual concept.” I thought of barbecue immediately. I’m from the South, and this will be global barbecue. Everyone around the world barbecues. I grew up around it. I wanted to expand on the flavors I love. We’ll use all natural meats and organic products.

Q: Will there be more CCQs around the country?

A: Yes, we own the concept, and we are working on opening others. I’m also working on a new signature restaurant concept. It’ll be fine-dining, and opening in larger cities in 2009.

In 2010, I also hope to roll out my first products — bakeware, cutlery, and pots and pans. We’re going green as much as possible with the product lines. We hope to do things that are innovative, and not just the same ol’ pot or pan.

Q: Why did you want to do “Iron Chef America”?

A: The Food Network called me three years ago, and I said I’d love to do it. It was like a 10-minute conversation. They said I had the strongest culinary background of any of the other ladies on the Food Network.

Q: The hardest part about doing the show?

A: The cooking. It’s 6-7 hours of production, then 1-hour of continuous cooking. Preparing mentally for that is very stressful.

A: Pork. I love pork, but when we had the whole hog, we had to break it down. They hadn’t taken out the spine, and you need a machine saw to do that. So they had to stop the show, and wheel the hogs downstairs to take out the spines. After waiting for two hours for them to do that, it’s hard to get your concentration back.

Q: Is it difficult to take criticism from the judges on the show?

A: Sometimes. It depends on how warranted it is. When it’s not constructive, it is hard. But you learn to grow a thick skin.

Q: So you know every woman in America wishes they could look like you when they cook — the perfect hair, the perfect makeup, and not a spot on you.

A: I wish I looked like that! (laughs) You have makeup people, so that helps a lot. And I usually do my own hair, only because I started doing it this way, and they like me to keep it like this.

But at home, I’m in sweats and a T-shirt, and just hanging out.

Q: Has having children changed the way you cook?

A: I’ve always loved to cook at home. It’s therapeutic for me. I can relax doing it. If anything, I probably bake more now because of the kids. We make a lot of pumpkin bread, waffles, and muffins together.

Zoran, my 5-year-old, will eat what we eat — salmon, chicken, crab. We have to fight him over the meaty pieces of the crab. Caje, my 18-month-old, eats anything. He’s a bottomless pit.

We don’t talk to the kids about good and bad when it comes to food. We give them the why’s. We talk about why Popeye eats spinach, because if you just say it’s good for you, kids don’t get it.

A: Another boy. We’ll have three boys soon. We say we’re going for a kitchen staff or a rock band.

Q: A lot has been said about this recent historic election that with the passage of Prop. 2 (protection for farm animals) and of Prop. 8 (amending the state constitution to restrict marriage to a union between a man and a woman) that Californians care more about chickens than human beings. What do you think?

A: We’re all disappointed. On a good note, it was close. But it’s shocking and stunning to think this happened, given how progressive we think Californians are. It’s sad this issue is even on the ballot in this day and age.

Q: Did you and Jen walk down the aisle before the election?

A: No. We’re domestic partners. We were legally advised not to rush to the altar, because once you get married, your domestic partnership goes out the window. With another child on the way, a health-care proxy is absolutely necessary to have. But I support everyone who has gotten married.

Q: Did you ever fear that some of your adoring public might view you differently?

A: Jen and I have never hidden the fact that we’re together. Our kids are important to us, and we want them to know we’re proud to be their mothers. You have to stand up for who you are, because you are basically standing up for them. We’re just an all-American family living the all-American dream. 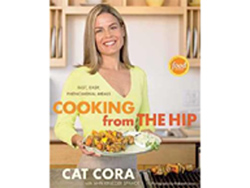 In a large skillet over medium-high heat, heat olive oil and butter. Saute carrots, just until they begin to brown, 7 to 9 minutes. Add stock and champagne or cider. Cover and cook over medium heat until carrots are almost tender but still firm, about 4 minutes.

Remove cover, turn heat to high, and cook until most of the liquid has evaporated, 3 to 5 minutes. Add sugar, and toss gently to coat carrots and help sugar dissolve. Remove from heat. Add lemon juice and minced dill and toss well. Garnish with lemon slices and dill sprigs, and serve.

From “Cooking from the Hip”