Orlando: Backstage Eats at Epcot and A Restaurant Called the Ravenous Pig 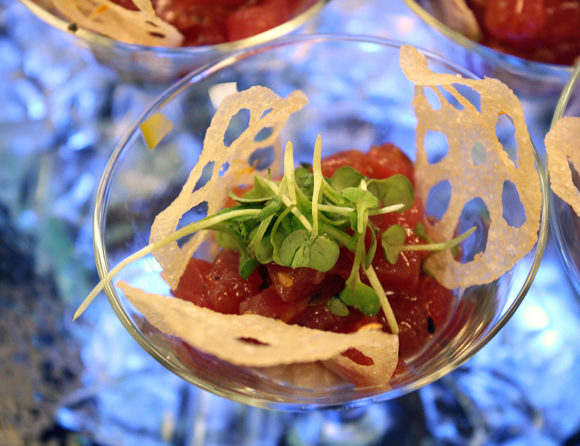 When I wasn’t eating my way through 27 sweet treats as a judge at the recent Pillsbury Bake-Off in Orlando, I was — well — eating still some more.

You see, the Pillsbury folks wanted to make sure none of the 12 Bake-Off judges were ever in danger of having the slightest hunger pang. Perish the thought.  So we were fed. Then, fed again. And on it went, calorie after lovely calorie.

Here are the highlights:

We were treated to a welcoming party at Epcot, where six of the theme park’s restaurants had set up cooking stations inside a large kitchen area. Epcot Executive Chef Jens Dahlmann was on hand to greet the judges and members of the media. 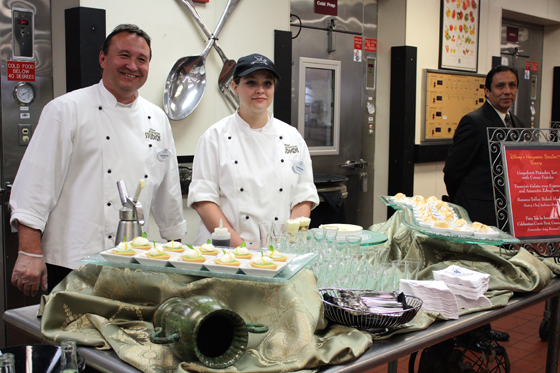 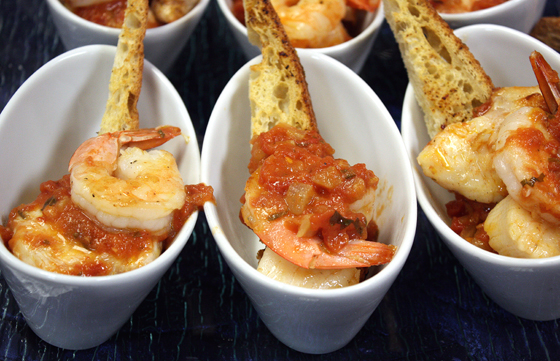 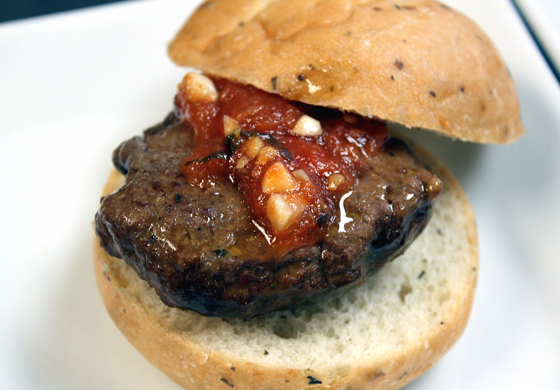 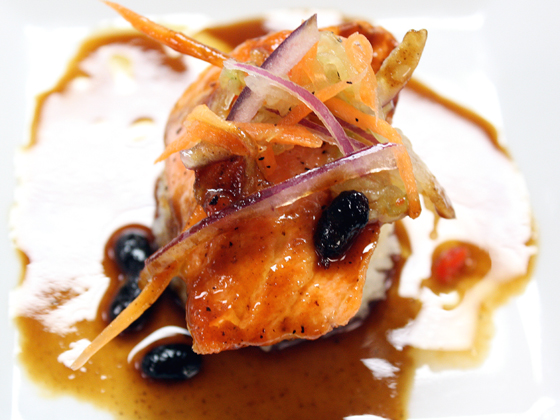 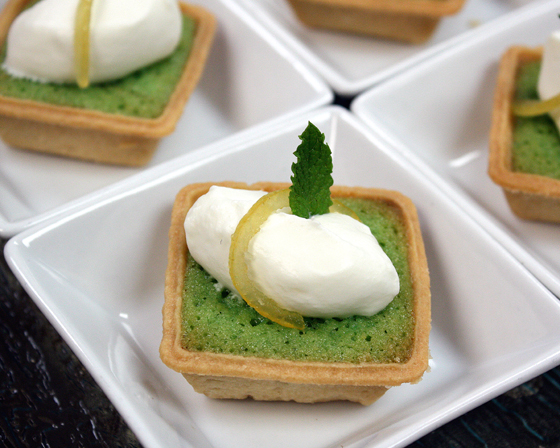 My favorite nosh, though, had to be the martini glasses of spicy sashimi-grade tuna tartare with cucumber, daikon and pepper salad, and avocado-wasabi sauce and crisp lotus root chips. That dish, from the Hollywood Brown Derby at Epcot,  was so good that I even went back for seconds. Shhh, don’t tell anyone.

The night before the Bake-Off, we were treated to a private dinner at the whimsically named, three-year-old Ravenous Pig gastropub, which has been written up in Saveur magazine for its seasonal dishes created by husband-and-wife team, James and Julie Petrakis. The couple, who both graduated from the Culinary Institute of America at Hyde Park in New York, are Orlando natives who have created a stylish, warm restaurant aglow with candles, large mirrors and a striking hammered ceiling.

Dinner began with Zuckerman’s Farm asparagus soup — a vivid green puree that surrounded a tiny crisp nugget bursting with sweet blue crab meat. A drizzle of lemon oil gave the whole dish a bracing zippy-ness like a welcome splash of cold water on your face on a warm summer day. 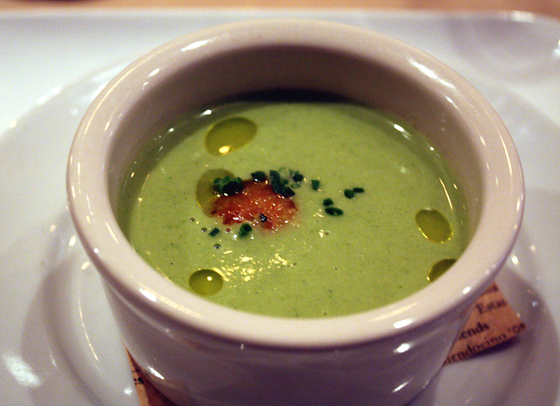 Next up, an outstanding house-made charcuterie platter, complete with lardo-topped crostini, mortadella, sopressata, pickled veggies and a pot of homemade whole-grain mustard that we practically licked clean. 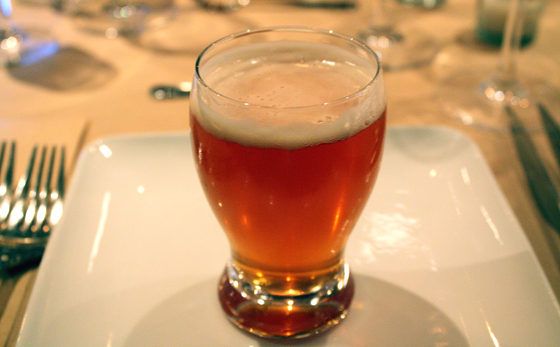 Accompanying it was one of the best micro-brews I’ve enjoyed in awhile — Cigar City Brewing “Jai Alai” IPA. Brewed in Tampa, it smells of grapefruit, tangerine honey and hops. It has a lush body and is just so incredibly smooth on the palate with lively caramel and peach notes. I hope this new brewery continues to grow so I can eventually buy some of this incredible stuff in California.

That was followed by George’s Bank scallops, perfectly seared and served over creamy, buttery potato risotto; English peas, hen of the wood mushrooms; and a bright carrot foam. It tasted like a classic Manhattan chowder, but oh-so much lighter. 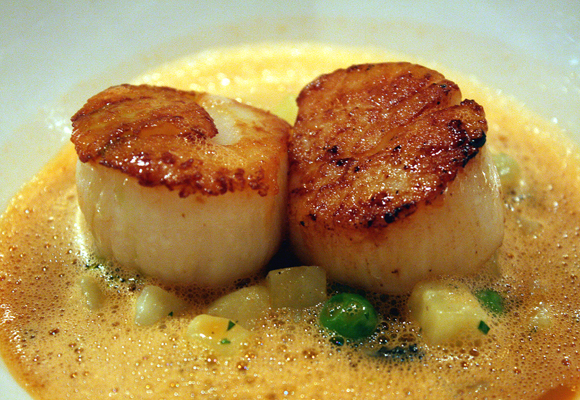 Next, a juicy Niman Ranch lamb loin done up in spring’s artichoke and veggie ragu, mint pesto and peppery watercress. 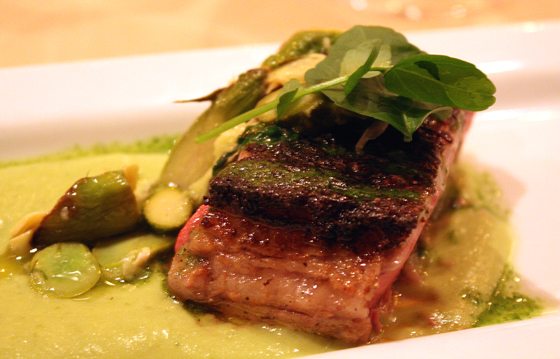 Dessert was a classic, eggy-tasting creme caramel served in an enormous artsy bowl that also held a compote of Florida citrus and a sliver of a tuille scented with lovely Earl-Grey. 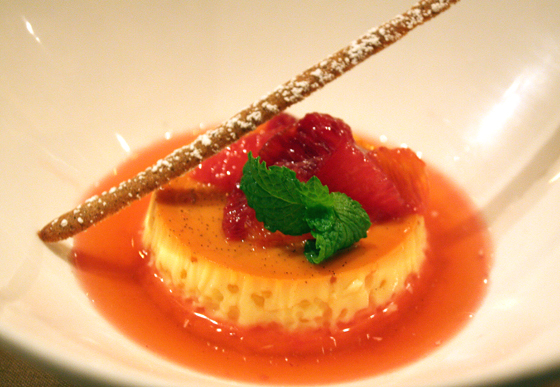 I know, I know. You’re wondering how I could even eat dessert the night before I was to sample 27 sweet treats in the Pillsbury Bake-Off judging?

Think of it as the warm-up act to the main event. 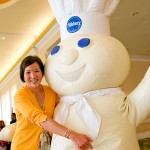 More: Behind the Scenes of Judging the Pillsbury Bake-Off 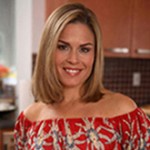