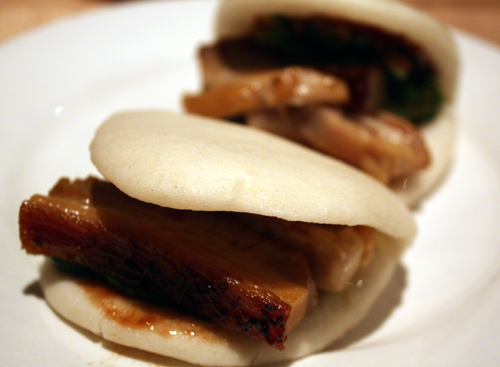 You think you’ve had pork buns before.

But I assure you that you’ve never had pork buns like these. Chinese steamed scallop-shaped buns all pillowy soft. Stuffed with Japanese cucumbers, scallions, hoisin sauce, and the juiciest, most meltingly tender pork belly slices you’ve ever sunk your teeth into. It will have you at one bite.

These are one of the most famous creations by Chef David Chang. At his Momofuku Noodle Bar and Momofuku Ssam Bar, it’s a given that practically every table will order them. Trust me: They live up to the hype and then some. During our recent trip to New York, my husband and I chowed down on these babies three times in four days.

We would have gladly made a meal of a dozen of them, but that would have set us back a hefty $54. Yes, an order of two buns is $9. My late-father’s jaw would have probably dropped to the floor at the sound of that. But even he would have appreciated how spectacular these are. 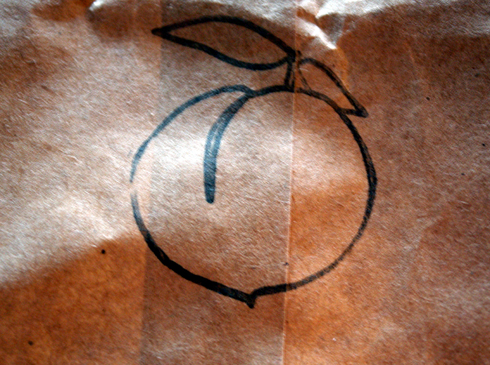 David Chang and his crew, whom he self-effacingly refers to along with himself as “a bunch of punks,” turn out Korean street food with stellar ingredients and creative, contemporary flair. They’ve built a mini Momofuku (“lucky peach” in Japanese) empire. And Chang’s been richly rewarded for his efforts, winning James Beard awards for “Rising Star Chef of the Year,” and “Best New Restaurant of the Year”  (for Momofuku Ko). 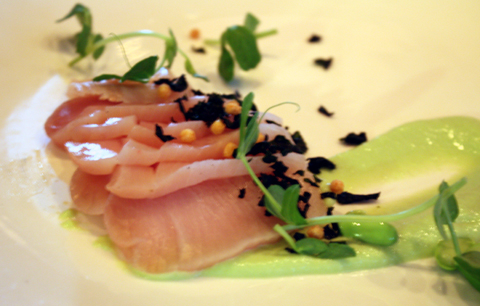 On our first day in the city, we snagged seats at the counter at Ssam Bar, where we enjoyed tiny “BBQ Rib” pork sandwiches stuffed with red onion slaw ($12); charred squid salad with the spicy flavors of kimchee ($14); hamachi strewn with edamame, horseradish, and pea leaves ($16); and of course, those pork buns. 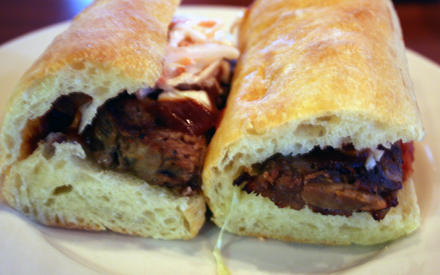 The next night, we squeezed into Noodle Bar. On a drizzly, chilly evening, we dug into bowls of “Momofuku Ramen” (with a mix of pork, and a poached egg; $16); and hand-cut noodles topped with fried garlic and a glistening slab of pork belly, ($15). 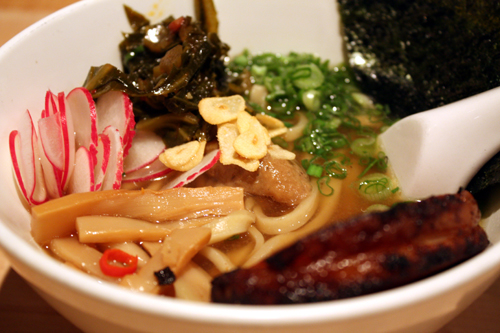 To start, we shared a dish of silky cured trout with pickled ramps and dabs of goat cheese. Oh, and did I mention, pork buns, too? 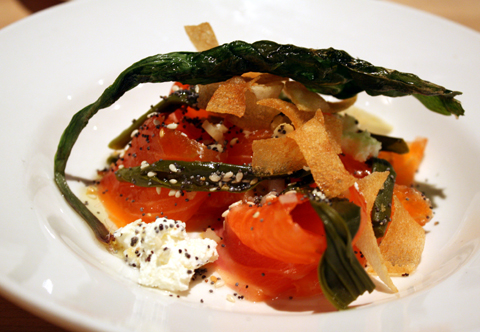 Two days later, we stopped in for a snack at Momofuku Bakery/Milk Bar. The cookies ($1.75 each) are outrageously good — big, chewy, and with some intriguing flavors. We happily nibbled on three: corn, banana, and “Compost” (a motley mix of chocolate, coffee grounds, potato chips, pretzels, and graham cracker crumbs, among other ingredients). 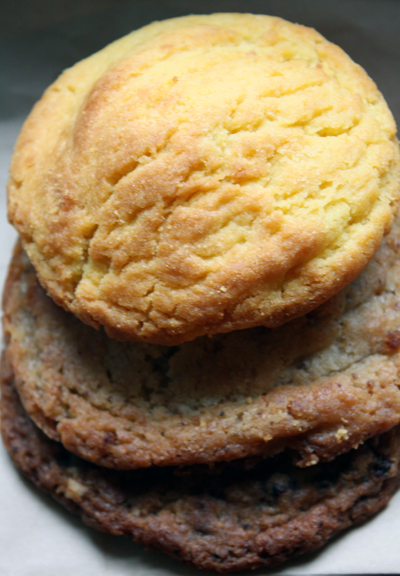 We also bought a loaf of green curry banana bread. My hubby thought it a bit odd. But I liked the subtle savory-spiciness to it. Just for good measure, we ordered two pork buns, too. 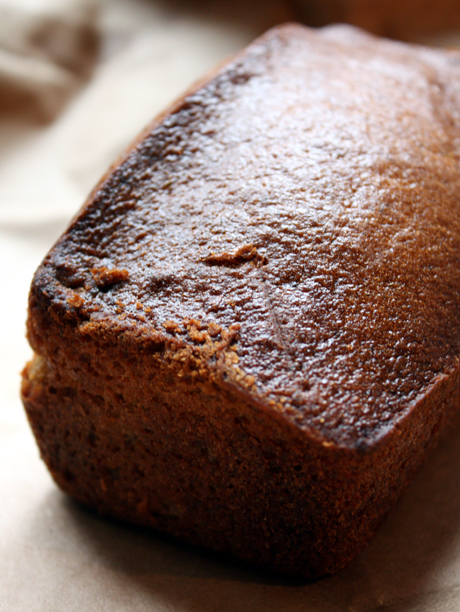 After all, I’m not sure when we’ll get back to New York again. But when we do, I don’t have to tell you what we’ll be ordering first. Oh, that’s a given.