The event, more than two years in the making, is an attempt to proudly celebrate in proper fashion this region’s extraordinary culinary mecca. Wine tastings, cooking demonstrations, ingredient-focused seminars, and gala dinners are on the agenda. But first, of course, there was the matter of the official ribbon-cutting. 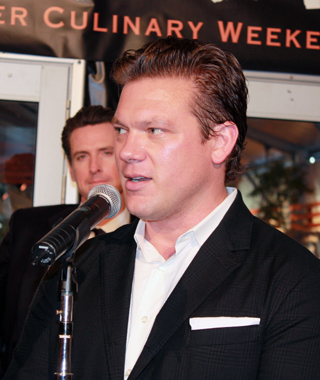 Master of Ceremony, Tyler Florence, the Food Network star who plans to open a restaurant in San Francisco later this year in the former Rubicon space, introduced San Francisco Mayor Gavin Newsom to do the honors.

As the mayor greeted the gathered throngs, he yelled out, “Take that, Aspen!” in a jibe to the flashy, much more established food and wine festival there that he’s hoping San Francisco’s will usurp. 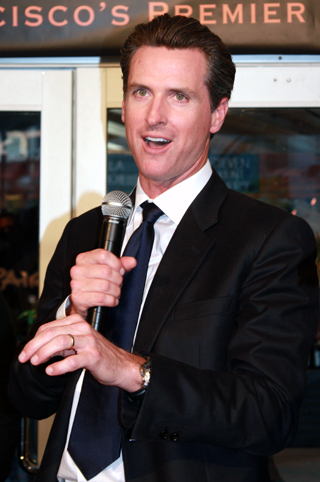 Among those in attendance was Corey Lee, former chef de cuisine of the French Laundry, who left the world-renowned restaurant this month to venture out on his own.

Lee said he hopes to open his own restaurant in San Francisco next year. It will feature a range of tasting menus focusing on seasonal ingredients, so that if diners don’t have the time or inclination for a massive three-hour meal, they can opt for a less extensive option. Let’s hope he puts the potato soup with uni foam that he served last night on the menu of his new establishment, because it was truly decadent. Chef Melissa Perello, who has been traveling since she left the Fifth Floor two years ago, hopes to open her restaurant, Frances, by the second week of October.

The restaurant, which will be in the Castro neighborhood at 3870 – 17th St., is named after her grandmother. 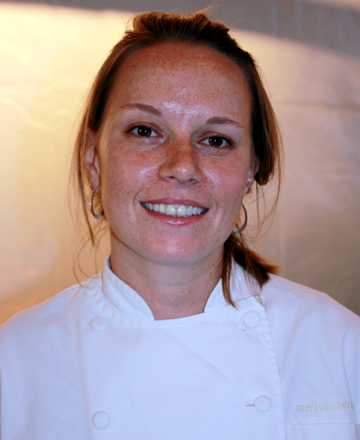 Her foie gras custard last night was mousse-like creamy and as rich as can be. 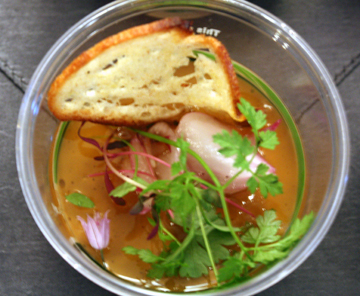 Jamie Lauren, executive chef of Absinthe in San Francisco and a former “Top Chef” contestant, was all smiles when I asked her about her recent Facebook postings about wolfing down some  “McSliders” — McDonald’s mini burgers with chicken nuggets for the buns. Oh my!

Does she have any plans to do a gourmet version? After all, she already makes one heck of a haute hot dog, made of American Kobe-style beef, Berkshire pork and Benton’s bacon, so how far a stretch would it be, right? Other “Top Chef” contestants there last night included Erik Hopfinger of Circa, and Hubert Keller of Fleur de Lys, who is still in battling contention on “Top Chef Masters.” 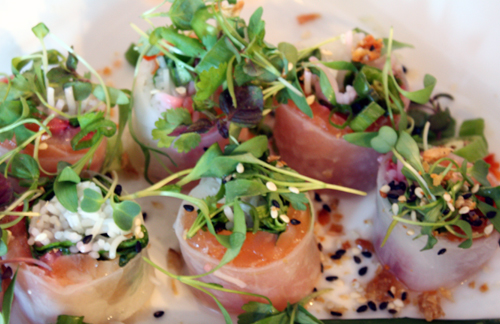 And Louis Maldonado of Aziza in San Francisco served up perhaps my favorite taste of the night — fresh sardines with tomato jam, olive oil, capers, and pine nuts. It was bold and brilliant. Day One finis. Can’t wait to see what the rest of this food and wine celebration holds.