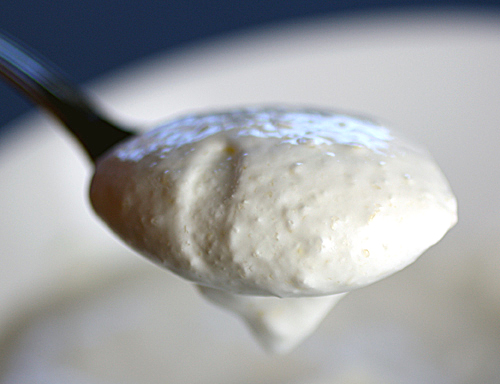 Is it possible to make satisfying ice cream without an ice cream maker, by just using a food processor?

I was curious about that when I spotted the recipe for Ginger Lemon “Ice Cream” in the new cookbook, “Mark Bittman’s Kitchen Express” (Simon & Schuster).

If you’re unfamiliar with this new book by the prolific New York Times food writer, it’s quite unusual. Each recipe amounts to just one paragraph total for ingredients and directions. And a lot of times, the exact amounts for the ingredients is not specified. So you have to guess. It’s his way of showing you how to cook faster, easier, and with more flexibility. But how well does this actually work for most home cooks?

In this “ice cream” recipe, Bittman tells you how much cream, fresh ginger, crystallized ginger bits, lemon, and sugar to put into the food processor. Next, you add ice. But he doesn’t tell you the how much. So I just threw in what I thought the amount should be.

The above photo shows the resulting mixture after it’s all combined in the food processor. The photo below shows the mixture more solidified after I put it in a plastic container in the freezer for about six hours. 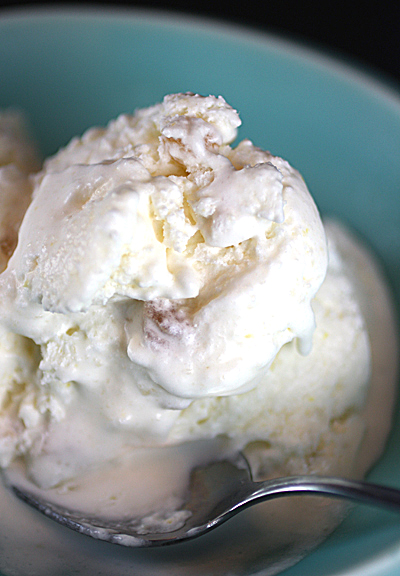 It still didn’t have the heft of real ice cream. It was more like a richer version of ice milk. It melts fairly fast, too. I didn’t find it as satisfying as real ice cream. And I doubt that I’d make it again.

If you’re a novice cook, this book may really frustrate you. If you’re an experienced cook, you might find one or two flavor combinations or techniques worth exploring that are new to you. But beyond that, most of it will already be familiar to you. In that case, you might just want to save your pennies instead.

In a food processor, puree two tablespoons of fresh ginger, peeled and roughly chopped, with a half cup of sugar, two cups of cream, and the juice and zest of one lemon. Add ice, pulsing and pushing down as necessary, until thick and icy; add a couple of tablespoons of candied ginger at the end and process until just combined. Serve immediately, or freeze for up to several days. 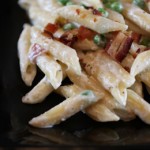 Another Mark Bittman recipe: Penne with Ricotta, Parmesan, and Peas