A Pair of Pears 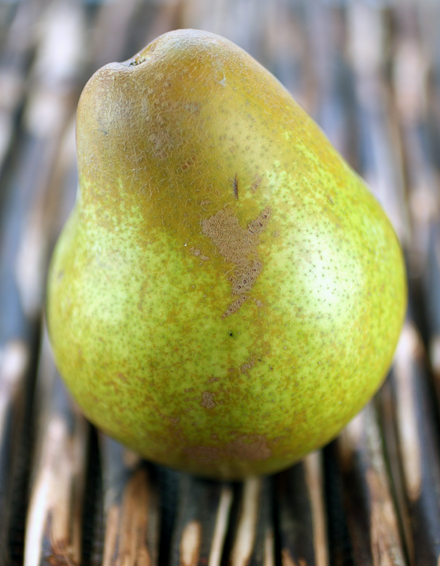 Bartlett, Comice, Bosc and Anjou are my go-to pears.

They’re easily found in any supermarket, and never let me down for cooking, baking or eating right out of hand.

Samples of two other pear varieties recently landed in my mailbox, though, that require a little more effort to seek out.

But boy, are they worth it.

First up, the Warren pear.

There are only two commercial growers of the Warren pear in California, one of which is stone fruit god, Frog Hollow Farm of Brentwood. You probably already know Frog Hollow Farm for its extraordinary apricots and peaches in the summer. Now get to know it for this spectacular pear with its buttery texture and sweet, almost honey-like flavor.

“I’ve been in love with this pear since I first tasted it,” says Farmer Al Courchesne of Frog Hollow Farm.

He’s not the only one.

Alice Waters of Chez Panisse in Berkeley also adores the Warren pear. At this time of year, they can be found piled in majestic copper bowls in the restaurant, and starring in sorbet and pear-huckleberry crisp. 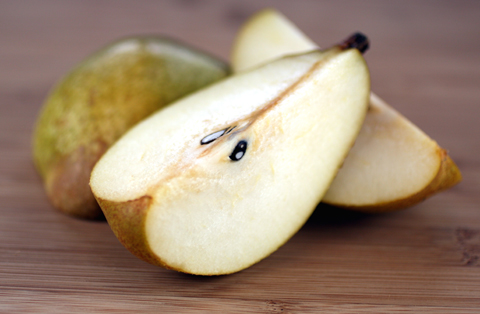 The pear is named for Thomas Oscar Warren, a horticulturalist in Hattiesburg, Miss., who discovered the fruit growing in front of the town post office.

This is the first year that Frog Hollow Farm has an abundant supply of the Warren pears, which they’re growing on 11 acres of land.

Next up, the Royal Riviera pear.

For 75 years, Harry & David has been selling these voluptuous pears for the holidays. 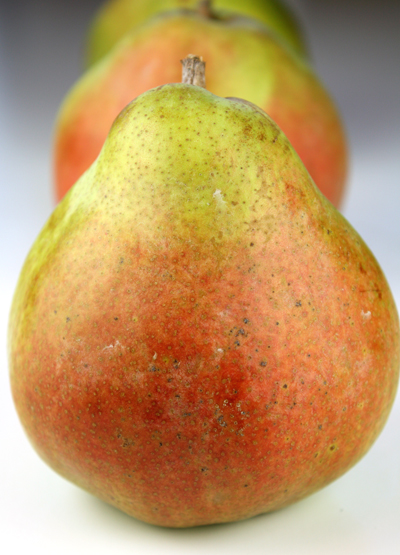 Large and bodaciously round, these full-figured pears are incredibly juicy. So much so that Harry & David say that some folks prefer to eat their cut halves with a spoon like you would a soft melon.

I find the skin a little tough, so I usually peel it off. The flesh is buttery and intensely pear-like in flavor.

With any pears, store them at room temperature covered with newspaper or brown paper to help them ripen. When the flesh at the stem end is soft to the touch, the pears are ready for eating. At this point, you also can refrigerate the pears to slow the ripening and to enjoy them at a later date. Bring them to room temperature before eating to enjoy their fragrant flavor at its fullest. 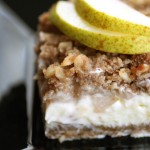