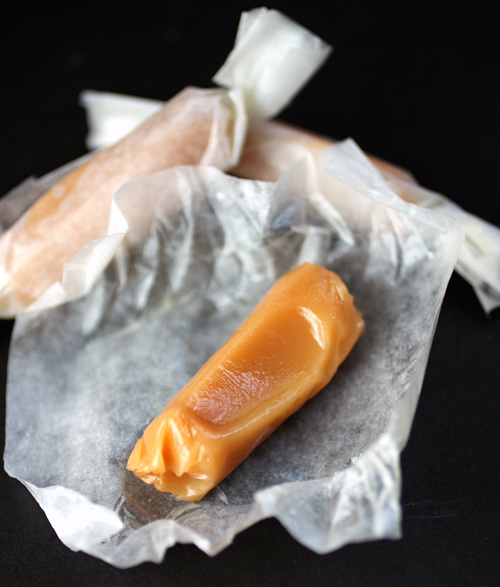 Last week, I ended up on a most porky mission.

And what a very piggish day it turned out to be for moi.

After all, as I ducked into Boccalone Salumeria, I was happy to discover that the charcuterie store had just received its first batch of the new Humphry Slocombe lard caramels. Yes, you read that correctly:

These babies are outrageous. The second you unwrap the wax paper wrapper, you’ll notice the sheen of grease on it. These have got to be the richest caramels ever. Sweet, sticky, and with an almost bacony, fatty lushness to them, these candies just coat your entire mouth like biting into a juicy piece of pork belly would. 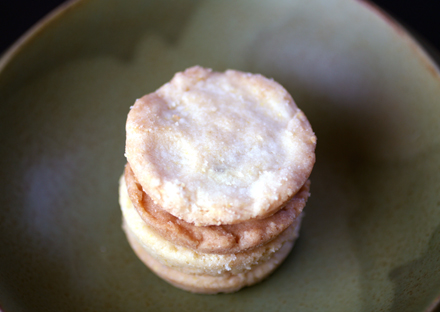 Of course, I also had to buy a package of the Humphy Slocombe shortbread cookies, made with Boccalone lard, as well as butter. Trust me, don’t think about the consequences. Just eat them. 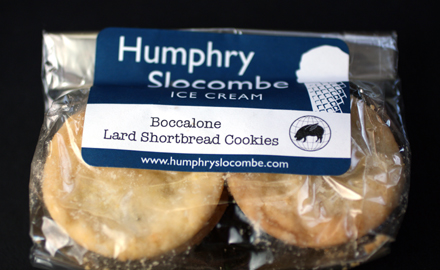 The cookies (a package of four for $3.20) are very crisp, with a crumbly texture, and the subtle taste of sea salt. Again, there’s a long finish to them because of all the F-A-T. But again, don’t dwell on that. Just chew.

The rustic ragu, found in the refrigerator section of the store, is the same one served atop hankerchief pasta at Incanto restaurant in San Francisco, whose proprietors are the brains behind Boccalone. It’s so popular that the restaurant can never take the dish off the menu. 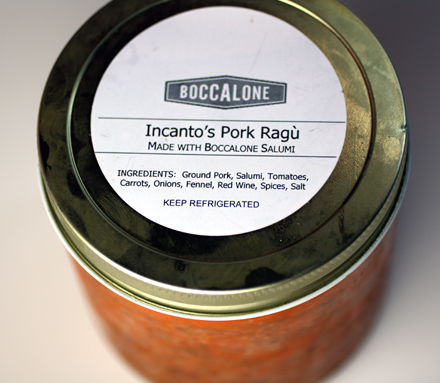 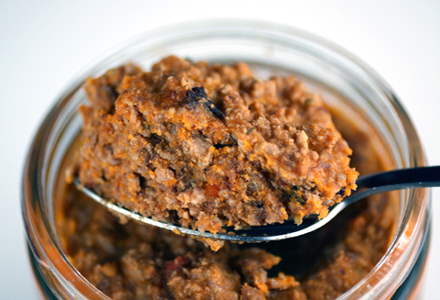 I purchased the small jar for $12, which is a pretty good deal considering it’s packed solid with meat. It’s enough ragu for one pound of pasta. And it’s so thick that you might want to thin it with a little water, as I did. I also threw in a chopped heirloom tomato.

Tossed with hot spaghetti, it makes for a most satisfying dinner. The sauce is hearty, with long-simmered, developed flavors, despite the fact that all I did was heat it up. 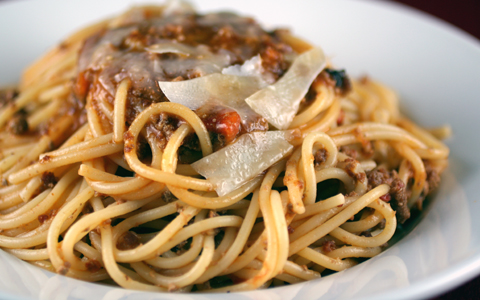 My last porky find was the bacon-caramel granoturco at Il Cane Rosso.

Granoturco? That’s just caramel corn to you and me.

It’s like a complete meal in your mouth — sweet, salty, savory, chewy and sticky. The caramel corn — a little less crisp than I would have liked — hides crunchy almonds and bits of fairly meaty bacon. You can’t help but grin when you eat this stuff.

Yes, that was a lot of porky goodness in just one day.

But I’m a better person for it.

At least, that’s what I keep telling myself as I do penance now on the gym treadmill.