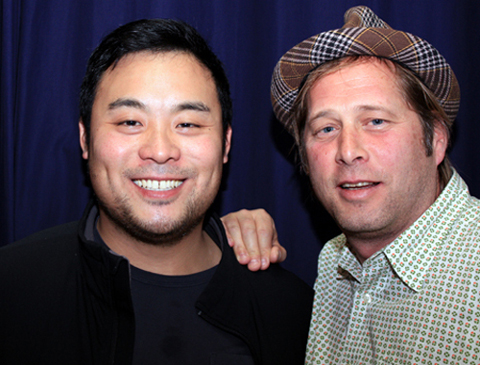 No figs were in attendance at this afternoon’s book signing at Kepler’s book store in Menlo Park with David Chang, superstar chef of New York’s insanely popular Momofuku restaurants.

Nope, but there were about three dozen folks eager to get their copies of the new “Momofuku” cookbook signed by the always no-hold-barred chef, who appeared with his co-author, New York Times writer Peter Meehan.

As you probably recall, Chang had caused a ruckus last month when he reportedly said on stage at the New York Food & Wine Festival: “F*****g every restaurant in San Francisco is just serving figs on a plate. Do something with your food.”

That comment has dogged him ever since, especially as he embarked on his book tour, which took him this week to — ahem — San Francisco.

At Kepler’s, he was met with a good-natured crowd, more eager to hear him dish on his unbelievably successful career than about the aforementioned slandered fruit.

Chang’s good friend, esteemed Chef David Kinch of Manresa in Los Gatos, introduced him at the event. Kinch recalled how he used to eat at Momofuku Noodle Bar when it was then Chang’s only restaurant.

“He took a simple dish of ramen and elevated it,” Kinch said. “It was revelatory.”

The proudly potty-mouthed Chang kept the cursing to a minimum today. Maybe because the stage was only a few feet away from the children’s reading section — or not — he uttered no f-bombs and only one mere “a**hole.”

Other noteworthy Chang-isms from the event:

“I got myself into a media mess. I was not drunk. I was coherent. But maybe it shed some light on a touchy subject in the Bay Area. I was at the farmers market today (Ferry Building one in San Francisco), and I didn’t want to look at anything because I was so upset. I don’t think the Bay Area is the culinary capital of the world. I don’t think New York is, either. People don’t know I come to San Francisco 10 times a year. I love San Francisco. For whatever reason, San Francisco doesn’t have the diversity food-wise. Neither does New York or DC and every other city that has the ability to do something great. Why shouldn’t we have the most progressive cuisine here?”

On which city is doing it right:

“San Sebastian. And a number of other cities in Spain.”

“It was so small, I wasn’t even sure we could fit a bathroom in it. Our first exhaust system sucked up all the A/C. Our customers would be sweating to death. In the winter, we didn’t have enough amps to turn the heater on, so we just turned up all our burners so the guests wouldn’t freeze.”

“It’s the Crayola Crayon box analogy. Some chefs can use the 120-crayon box. They’re that skilled. We, at the time, needed the 6-color one.”

“When I first opened, I got a penalty from the New York State Tax Department because I hadn’t been paying sales tax. I didn’t even know what sales tax was. That’s how stupid I was. I didn’t know we had to pay it.”

“We opened a restaurant on the periphery, that was not fine dining. It’s like if I came to Los Gatos, I wouldn’t open a fine-dining restaurant because it already has a great chef there (Chang gestures to Kinch). So, we’d probably open like a Subway. That’s what we thought we were doing with Noodle Bar.” 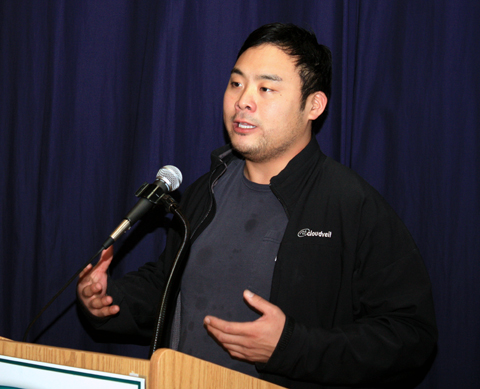 “It was 27 seats with 350 covers a day from noon to midnight. It’s an anomaly that it became so successful. We were so busy that we had to cook overnight, which is illegal in New York. We were cooking in convection ovens at a low temperature overnight to have enough mise en place for the next day. I used to live above the restaurant. Someone knocked on the door once, saying the restaurant was on fire. We reopened that day, but for three weeks it smelled like smoke. Every business next to us hated us. Everyone in the East Village hated us. Everyone in the East Village still hates us. They’re mostly vegetarians there. They complain we make too much noise, and we cook too much pork.”

On how Momofuki Ssam Bar came to be:

“We had a ssam (a Korean burrito) on the menu. I thought it was delicious. We sold only five a week. And I had the bright idea to have a restaurant based entirely on that. We just made up the item. We didn’t even have a menu for SSam Bar before it opened. So, it’s no surprise that it became one of the biggest culinary disasters. I was on the verge of bankruptcy from it. I was totally toast.

“We had always planned to be a late-night spot. At that hour, we just cooked what we wanted. And chefs from around the city and the country started coming in to eat late at night. I don’t even know why. It was such an eclectic menu. Then, we switched the late-night menu to make it be all-day fare.’

“A consultant would think, ‘Who the hell would run a business like this?’ But this failure took the pressure off of us. It gave us the chance to refine our food and techniques.”

On his impossible-to-get-into, 12-seat Momofuku Ko restaurant, which has one seating for lunch and two seatings for dinner:

“It’s all plywood inside. People assumed we wanted a minimalist look. Really, it was because we were poor and had no money….It’s this real dichotomy. It has a very low standard for ambiance, but a very high one for food.”

“Ko doesn’t make much money. It’s actually comical. But we are profitable. That restaurant, though, will never be a money-maker.”

On which up-and-coming chef he is most excited about:

“Corey Lee (former chef de cuisine of the French Laundry in Yountville). When he opens Benu in San Francisco, everyone better watch out. I think it’ll be something to be reckoned with. I’m very excited about that restaurant.” 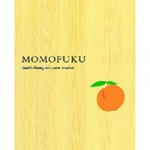 More: My Q&A with David Chang a week ago. 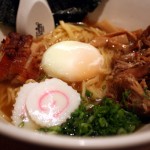 More: Eating my way through most of the Momofuku restaurants earlier this year.