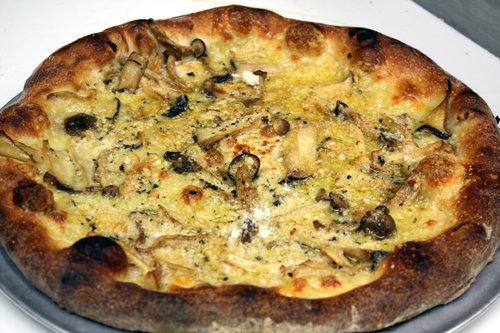 It’s high and puffy on the edges, with airy, rolling caverns that provide great chew and crunch.

It’s thinner, yet still crisp, in the center. And when the wheel of a pizza cutter slices through it, there’s a distinctive “crack, crack, crackle” sound.

After decades of running fine-dining restaurants in the Bay Area, Bulka has what he has always dreamed of — a top-notch pizzeria he can proudly call his own.

It may have opened less than two weeks ago, but Howie’s is already selling up to 250 pies a day now and packing in the crowds for his version of East Coast pizza modeled after Frank Pepe’s of New Haven, Conn., which Bulka worships. 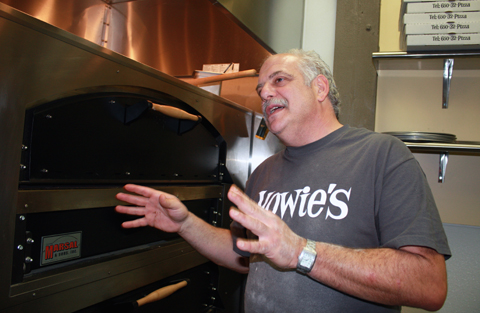 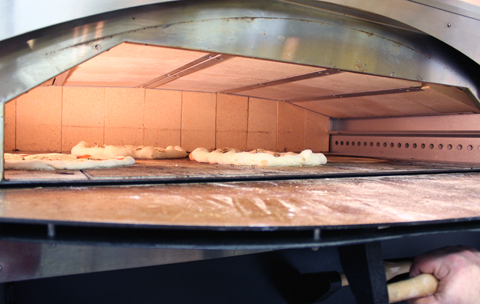 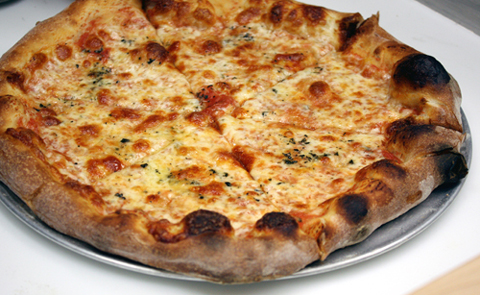 But dough is a funny thing. It’s a living, breathing, finicky mass that can be as unpredictable as Kanye West.

“I’ve been cooking 30 years, and I’ve never been perplexed as I have been by pizza dough,” says Bulka, who invited me in for a taste last week.

He’s still making subtle tweaks to the bread flour-dough, which takes two days to mix and proof before being turned into pies that are baked in a gas-fired brick oven at 600 degrees for 5-6 minutes.

The crust is already a winner in my book. This is a pizza crust with real character. It has that nice fermented flavor of artisan bread, and there is a variance of textures that holds your interest bite after bite.

The regular pies are 14 inches — large enough for two people to share. During the day, for the kids and teens in need of some sustenance, Howie’s offers a deal: $5 for a slice of cheese pizza and a Coke. Those huge slices come from a 22-inch pie with a more substantial crust, so youngsters can more easily hold them in their hands.

The wild mushroom pizza ($19) has the added complexity of sage, Pecorino and mozzarella. It’s earthy and satisfying with a crust that’s crisp though and through. 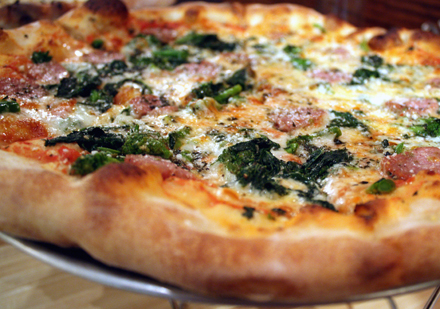 The house-made fennel-sausage pizza, which features thin coins of sausage, gooey mozzarella, tomato and broccoli raab had a pleasing bitterness from the greens. The pie arrived piping hot and crisp, but as it sat for even a minute, a curious thing happened. The very center of the crust grew a little soft, perhaps because of the higher moisture content from the toppings. No matter, the flavors were still spot-on satiating. 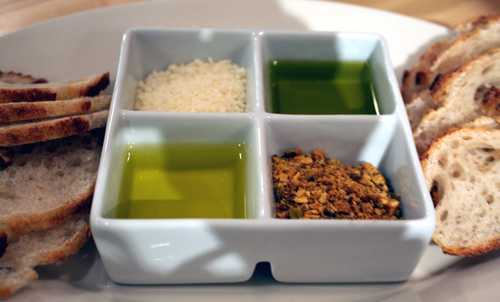 Although the pies are the main attraction, the hubby and I did try a few of the other items on the menu, too, including a tasting of olive oils (California style and Greek style) along with bowls of Parmesan and ducca (a Middle Eastern blend of spices, nuts and seeds) to dip crostini into for a party of textures in your mouth. 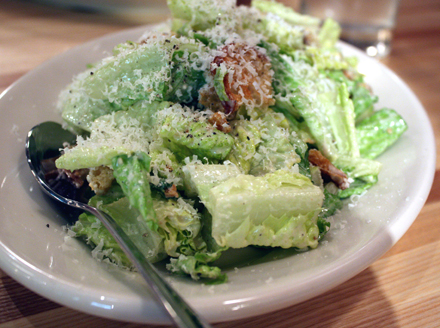 A fresh Caesar salad ($8) was tossed with a flurry of grated Parmesan and just the right amount of dressing. There were tiny bits of anchovies mixed in. I would have liked more anchovies, but then, I’m a fan of those fishy fish. 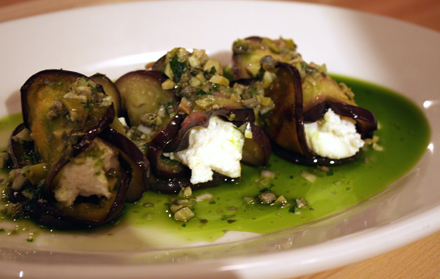 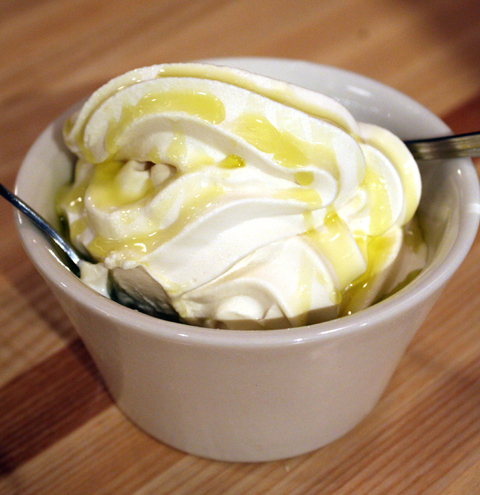 Howie’s may have opened a few months later than expected. But it was worth the wait for crust to crow about. 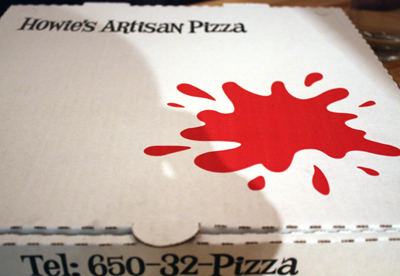 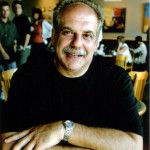