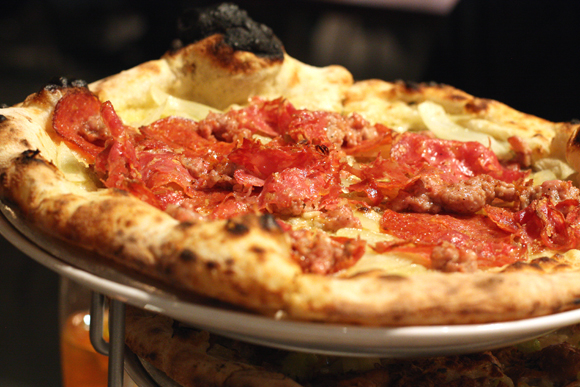 I don’t know if it’s the 5,000-pound Italian wood-fired oven that they managed somehow to lug up to the top of the San Francisco Centre shopping mall. Or the fact that they’re cooked in a fiery 850-degree heat over almond wood.

But the pizza crusts at Cupola Pizzeria are light, airy and downright ethereal.

When I was invited as a guest of the restaurant recently, our server even joked that the delicate crust makes it entirely too easy to polish off a whole pie by one’s self.

The casual restaurant, done up with bar-height tables for eating, is a great place to take a load off after spending a day perusing all the shops below, especially because it has a good selection of wines and cocktails. Opened last summer, this the Lark Creek Restaurant Group’s first pizzeria. And it does the company proud. 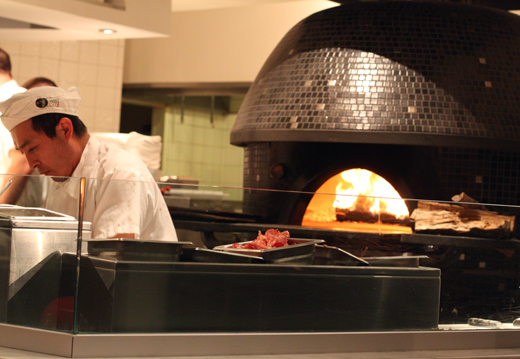 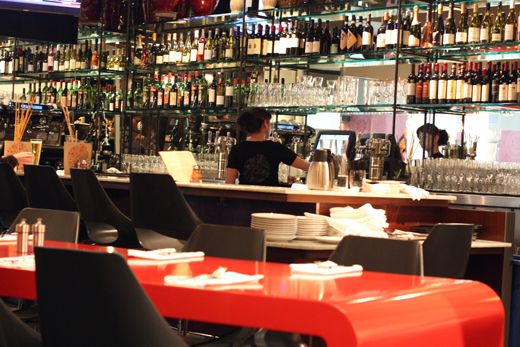 Order a la carte or enjoy the “La Festa di Tutte Le Feste” (Feast of All Feasts) for $30 per person. The latter gives you small tasting portions of an assortment of antipasti, starters and pastas, along with a pizza or two (depending on how many are in your party), plus dessert, making it a great deal for those who want to try almost everything on the menu. 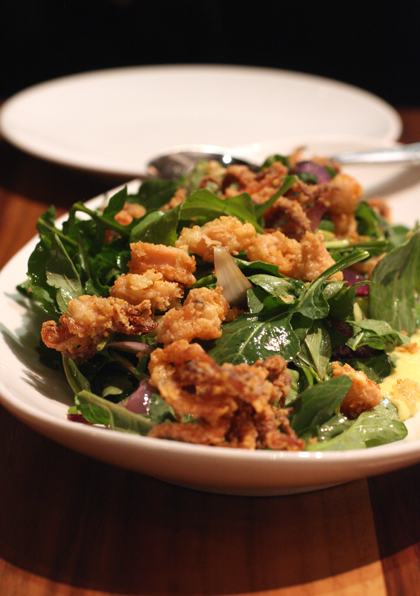 We decided to just order a la carte. My husband and I split an arugula salad with fried calamari strewn over the top ($16.25). It’s a large portion, definitely made for sharing as a first-course or eaten as a main course. A squidge of creamy tartare-like sauce was arranged off to the side, so that you could toss in as much or as little as you liked.

Just because this is a pizza joint doesn’t mean pastas get short-shrift here. Indeed, the pastas are wonderful. Most come in your choice of appetizer or main course portions, too. 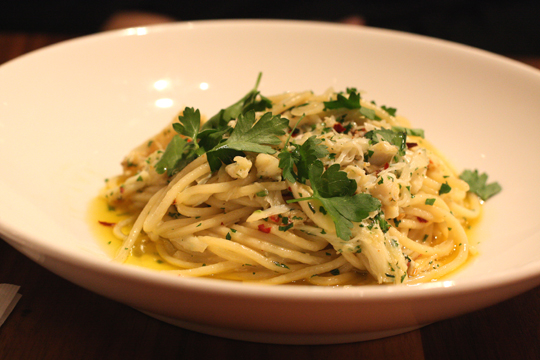 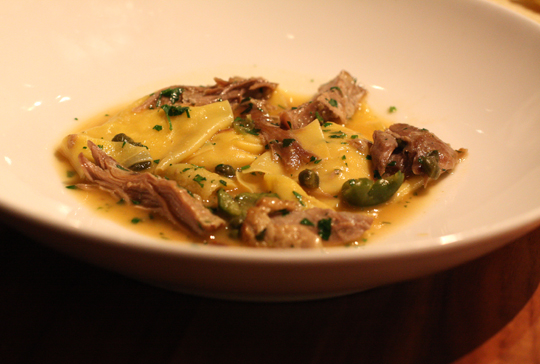 The Dungeness crab spaghetti ($19.75 for a full portion) had a delicious bit of chili heat, but lets the crustacean shine through.

Tortelli ($12.75 for an appetizer portion) was filled with nutty tasting celery root and strewn with tender shreds of braised duck leg meat, as well as capers and Nocellara olives in a brothy sauce. It was a dish to warm you through and through.

If you order two pizzas, they are set on the table in a clever double-decker pizza stand. Think of it as bunk beds for your pies.

You’re already heard me rave about the crusts, with their developed fermented flavor. The toppings are nothing to sneeze about, either.

The “funghi” ($16.75) was strewn with hedgehog mushrooms, fontina and tender leeks that had turned almost into a buttery jam.

The “carne” ($16.50) comes with no tomato sauce or cheese. Instead, it puts the focus entirely on the housemade sausage, sopressata, and Calabrese salumi. As the pizza bakes, the oil from the cured meats is released, and lubricates and flavors the crust. It’ll have you eating every last crumb. 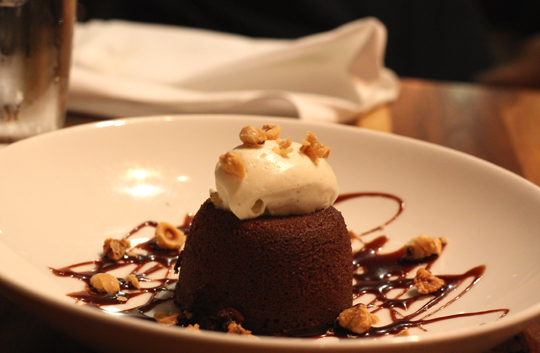 Desserts are simple — from a scoop of gelato ($3.95) to cannoli with candied citrus ricotta ($7.50). We shared the bittersweet chocolate budino ($7.50). Rich, dark and dense, it comes unmolded on a plate, topped with chantilly cream and crunchy candied hazelnuts.

Thankfully, with a crust so light, you can actually indulge in a dessert that’s heavy and rich. 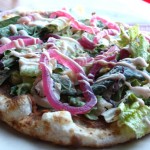 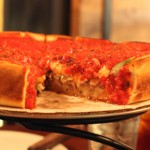 And: Stuffed Crust at Patxi’s 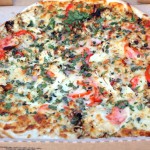 And: The Cheese Board Collective in Berkeley 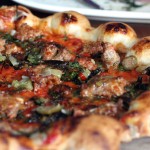 And: Gather in Berkeley 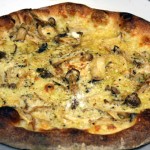