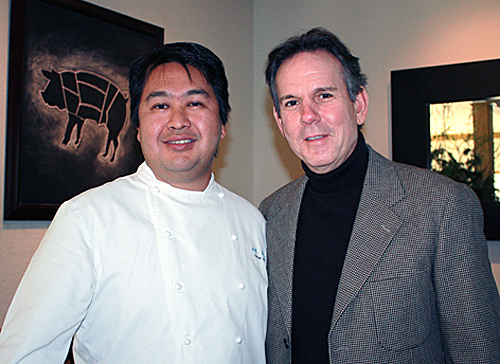 Enjoying nibbles of the fabled fried chicken and perfect little meatballs, a throng queued up happily at Ad Hoc restaurant in Yountville on Saturday morning.

They were there for Chef Thomas Keller’s signing of his best-selling “Ad Hoc at Home” (Artisan) cookbook. The invitation-only event was for “friends and family” of the restaurant. And yours truly was lucky enough to be one of the guests. 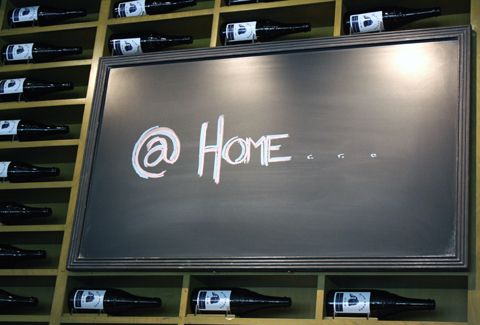 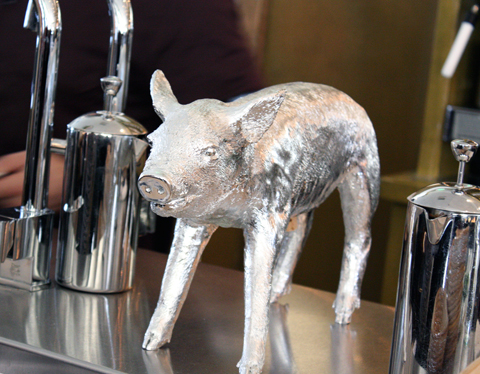 Keller, looking dapper in a sports coat, sat at a back table with Ad Hoc Chef de Cuisine Dave Cruz, as both took turns signing each book.

Keller’s always had an uncanny ability for nailing all the little details. The book signing was no different, as a hostess actually took the time to announce the name of each guest to Keller as he or she stepped up to the table to greet the world famous chef, who signed each book with a script as stylish in form as calligraphy. 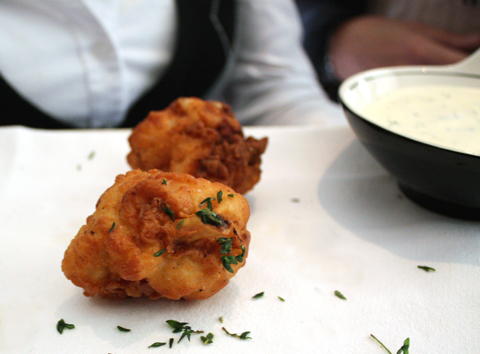 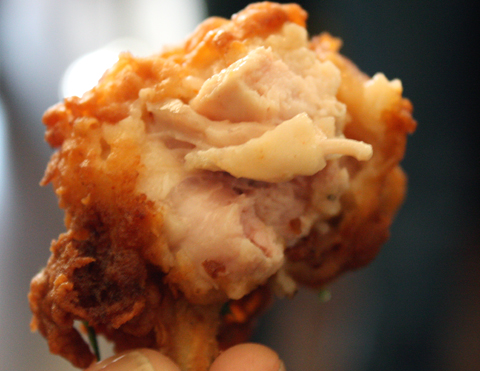 Cruz, who was born in the Philippines, chatted with me about how he only came to cooking nine years ago. Prior to that, he worked the front of the house instead. And before that, he was an engineering student — a field no stranger to anyone raised by an Asian parent, we both chuckled.

Keller’s fiancee, Laura Cunningham, also was on hand, greeting visitors. On her left hand, she sported the gorgeous engagement ring that Keller designed for her. The timelessly elegant setting of three size-able diamonds is quite the dazzler. 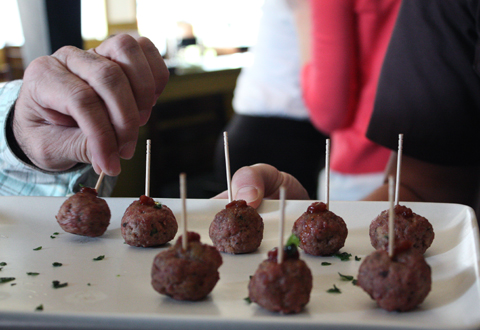 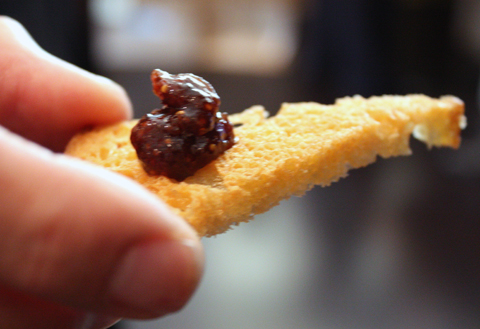 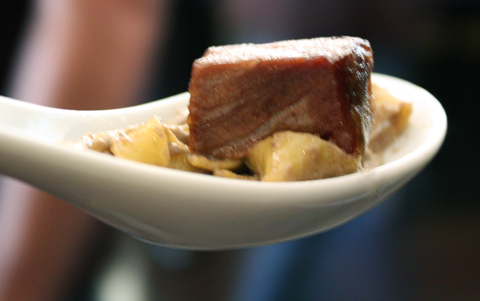 All the while, servers offered miniature tastes of some of the recipes from the book, including cream of cauliflower soup, toasted brioche dolloped with fig-balsamic jam, and sauteed shrimp with garlic.

In a nod to the hit animated movie, “Ratatouille,” in which Keller provides the voice of one of the minor characters and the kitchen operations were modeled after those at his French Laundry restaurant, little cups of the classic tomato-eggplant stew were even offered. 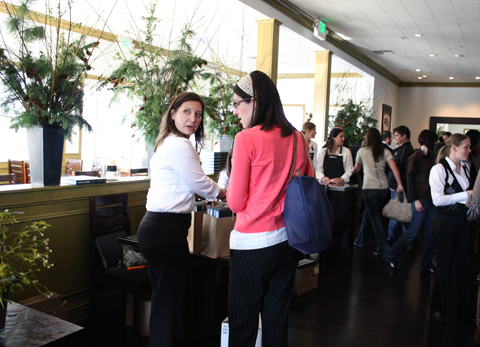 As folks lined up to get two, four, even six copies of the book signed, there’s little doubt as to what’s going to be the most popular foodie present found under Christmas trees this season. 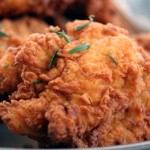 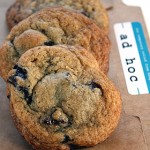