The “Weekly Beast” at One Market in San Francisco 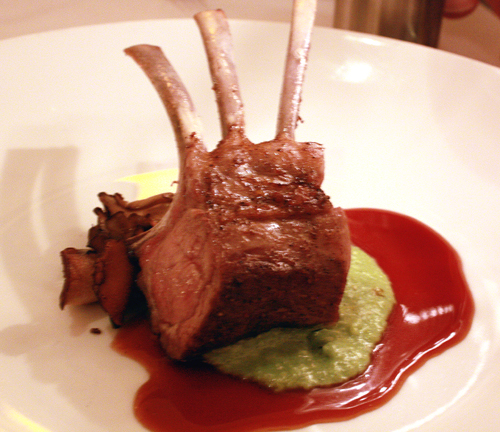 Every Friday and Saturday night at One Market restaurant in San Francisco, a different animal stars in a very special menu.

At the restaurant, near the Hyatt Regency San Francisco, the “Weekly Beast” dinner is a $49 five-course prix fixe that showcases the versatility and deliciousness of a particular farm-raised animal from head to hoof or foot. It’s a chance to understand exactly how different parts of one animal — be it Duroc pig or Muscovy duck — can have such different flavors and textures. For those who aren’t quite ready to make that much of a commitment, the dishes also are available à  la carte.

Recently, Chef Mark Dommen invited me in as his guest to try his “Weekly Beast” dinner featuring goat from Marin Sun Farms in Point Reyes Station. Since I”ve only had goat once or twice before — and always just one dish of it at a time — I was eager to experience the nuances evident in various preparations of the animal all at once.

“Goat is to lamb what veal is to cow,” Dommen says, meaning that it’s almost lamb-lite in terms of flavor and texture. 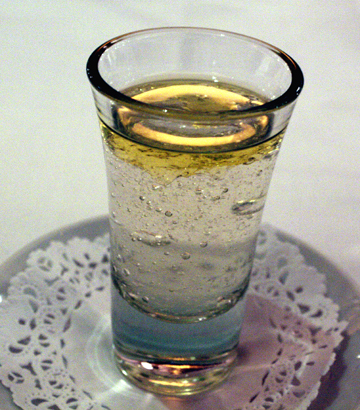 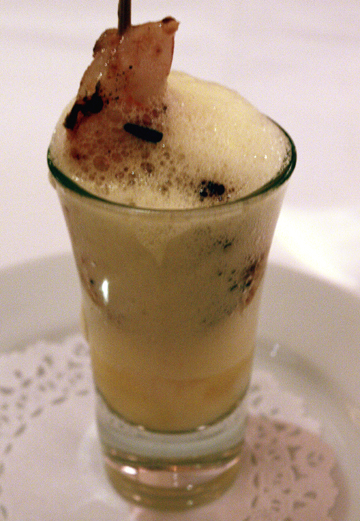 Before the first goat dish arrived, Dommen sent out a few amuses and extra tastes my way. A shot glass of apple water was like a soft, barely set Jell-O shot. It got even more body with a float of lemon oil was at once refreshing yet ever so decadent.

Another tiny amuse followed, this one a single grilled shrimp with great charred flavor that was dunked inside a citrusy tequila-lime float. Finally, two mini Dungeness crab tacos that were bright and crunchy. I wrapped the two-bite treats in my favorite shiso leaves for an extra minty hit. 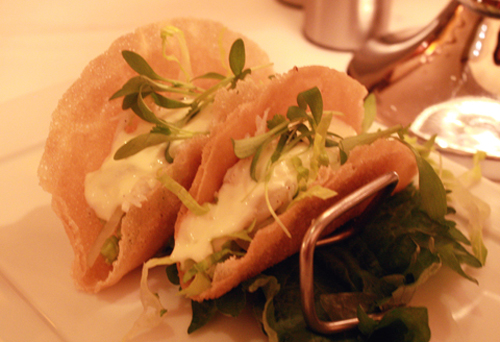 Now, it was time to get the goat party started.

The first dish was composed of rounds of seared, meaty sausage made of ground goat. Tender and nicely seasoned, they were garnished with a tangle of apricot-y chanterelle mushrooms and cubes of soft-sweet butternut squash. 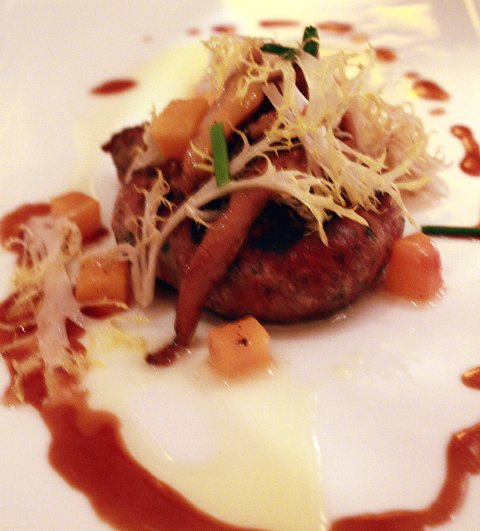 Next, little pillows of goat agnolotti were encased in very thin, extremely tender pasta sheets, then topped with shards of Parmigiano in an intense goat jus sauce. This pasta filling had a ropey texture that made it far more interesting than the usual compacted ground-meat variety. 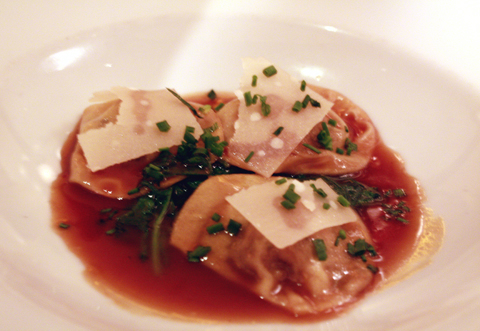 The braised goat ragout was surprisingly as robust as beef stew. Baby turnips added a touch of sweetness to the dish. 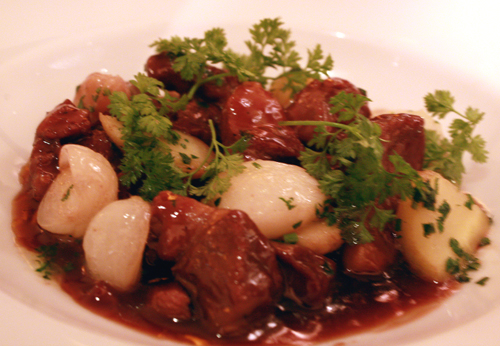 Rack of goat is first cooked sous vide, then seared. The meat was tender with an unusual texture — almost slick with the sensation of tiny fat globules bursting as you chewed.

The finale was an incredibly airy, fluffy carrot cake that had the lovely tang of goat’s milk yogurt in the thick, creamy frosting. For a cute touch, a cookie shaped like a goat adorned an accompanying scoop of butter pecan ice cream. 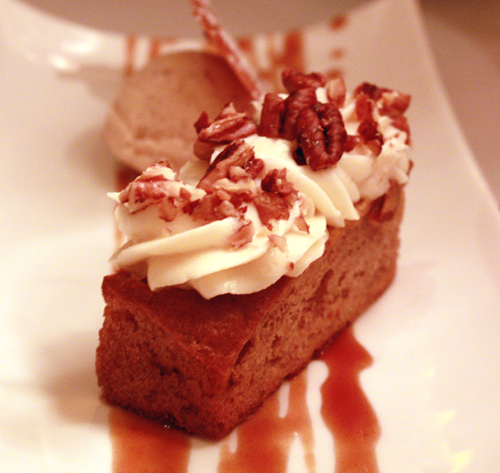 The goat dishes were all good-sized, making the $49 prix fixe with only an additional $20 for wine pairings for each course, quite a deal. At the end of the meal, I came away with a much greater appreciation for goat. My only minor quibble would be that the deep, dark goat jus used to sauce many of the dishes began to taste a little repetitious after awhile.

Dommen says the “Weekly Beast” dinners have proven a hit with diners. Each night they’re available, as many as 40 customers opt for it. 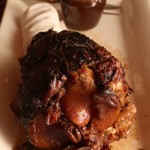 More: Another “beast”-type dinner at Incanto in San Francisco