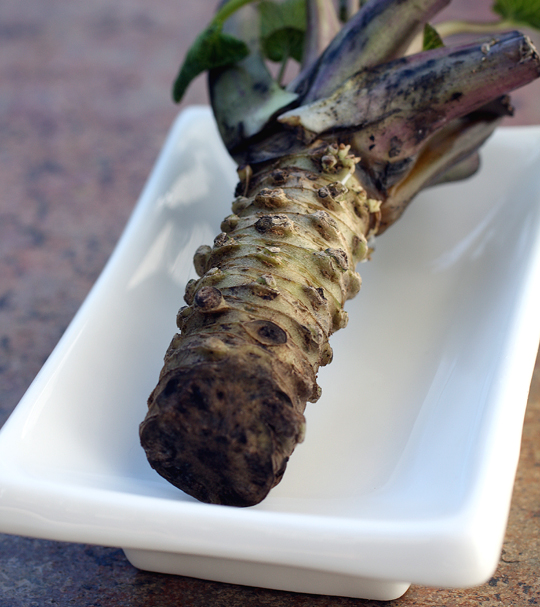 Yes, this bumpy little root that’s no bigger than my thumb is the real-deal wasabi.

If all that you’re used to is the common toothpaste-like blob of horseradish, mustard and green food coloring found on sushi plates almost everywhere, then you deserve to treat yourself to the real thing.

I picked up this little guy at Nijiya market in Mountain View, where the fresh, very perishable, and very pricey and very difficult-to-grow root can be found regularly in the refrigerator case next to the packages of neatly sliced raw fish.

With real wasabi, you still get nasal-tingling burn, but not nearly as explosive as that from the imitation paste. In fact, I have no problems eating a little of the grated wasabi root straight. But I’d be hard pressed to do that with the out-of-the-tube stuff without tearing up. With real wasabi, there is more nuance — an almost floral quality and subtle sweetness. It explodes on your palate, but the heat dissipates quickly, unlike the fake stuff.

Typically, a sharkskin grater is used on wasabi root to get a super fine grate. Lacking that, I tried a Microplane grater, which produced far larger shavings, and a ceramic garlic/ginger grater, which produced gratings in-between the two in size. If you use either of those latter two gadgets, you’ll want to make sure to use the end of a chopstick to really pummel the wasabi when you mix it with soy sauce, kind of like you would do with a mortar and pestle. 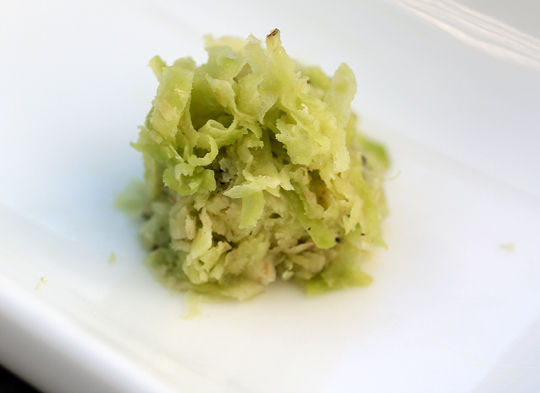 The leaves at the top of the root also can be eaten. Just chop them up finely to enjoy the same fragrant kick.

Use fresh wasabi just as you would the imitation stuff — as an accompaniment to raw fish or as an accent ingredient in dressings or to perk up crisp vegetables.

One taste will wake you up to what you’ve been missing. 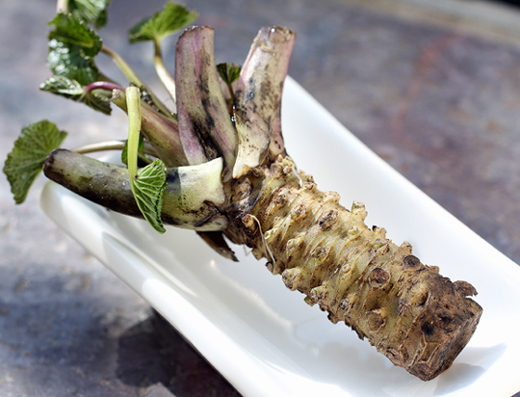