The Return of Restaurant O in the South Bay 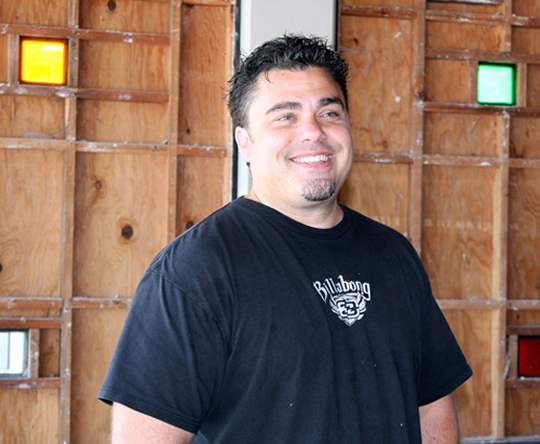 A lot of people attempt comebacks. Few have rebounded from the brink quite like Chef Justin Perez.

It’s been a long three years since Perez, a chef known for his bold and sassy creations, was forced to shutter his popular Restaurant O in Campbell.

The ensuing time was not kind, verging on the plot of a crazy Adam Sandler film, in which anything that could go insanely wrong, surely did. Only in real life, there was no laughter — just tears, anger, frustration and mayhem.

In 2005, the chef was relaxing with his family at their San Jose home, when a hysterical woman came running up, screaming that her husband was going to kill her. Perez and his family took her in and called police. This tale of a good Samaritan soon turned horrific, though, when Perez’s house was later fire-bombed and bricks hurled through his front windows. The husband’s brother was later convicted of those crimes, but not before Perez’s wife and their young children were deeply traumatized.

A year later, with his life back to normal again, Perez renovated his restaurant, doing all the work, himself, with the help of a few friends, only to discover that his landlord intended to sell the property for a senior living development instead. On top of that, Perez says he soon discovered that his best friend, who was his former director of operations, had allegedly embezzled about $750,000 from the restaurant.

Perez was adrift with no restaurant, as well as the IRS on his back for business and payroll taxes that his director of operations never paid. He still had his Restaurant O Catering company, which had moved to Los Gatos. But there was no escaping that he was in dire trouble financially and professionally.

Yet, he survived. He climbed his way out of that morass and is embarking on a dream once more — opening a new Restaurant O in the iconic Wilson’s Jewel Bakery site, 1285 Homestead Road in Santa Clara. 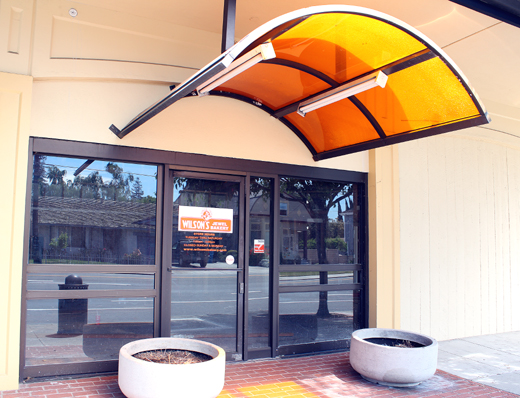 The shuttered bakery, which was in business for nearly nine decades, is a location Perez is intimately familiar with. As a young boy, he and his mother would trek from their Sunnyvale house to buy cookies and cakes from Wilson’s every week.

“I grew up going here. It was a ritual for me,” Perez, 39, says. “In the beginning, Wilson’s was the top dog. We want to put the quality back into this spot.”

He calls the demographics a dream, what with the site’s proximity to Santa Clara University, the Santa Clara Courthouse, and middle-income residents. It also provides a central point for his catering business.

Indeed, the huge site — 10,000 square feet on the street level, plus a 3,000-square-foot basement — was far too large for most other businesses to consider. But because Perez plans to operate both a restaurant and his catering company out of the locale, it proved a perfect fit for him.

Landlord, Barry Swenson, has been adding improvements to the site since last summer, including tearing out the humongous old bakery ovens that had to be dismantled from the inside out. A new roof has been added, mold has been obliterated, and the building has been shored up to withstand earthquakes. 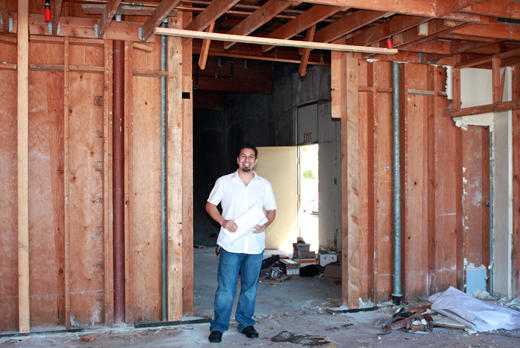 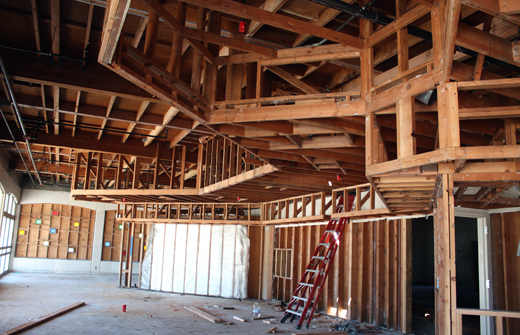 The new restaurant, which will be open for lunch on weekdays and for dinner nightly, is slowly taking shape with a 4,000-square foot kitchen, and three dining rooms with a total of 150 seats.

The menu will be New American with global influences, similar to the old Restaurant O, but at a more pocket-friendly price point so that no alcoholic drinks top $10 a glass and a couple can enjoy dinner for about a $45 tab for food.

“We’re not trying to be a Manresa or Plumed Horse,” says Perez, who will be executive chef and founder of the restaurant with Owner Chris Flippen. “We want it to be a place you can come in jeans with the kids, but also have a special date with wine-pairings.”

A wood-burning oven will turn out specialty pizzas; buffalo, turkey and sirloin burgers will be ground in-house; and Blackridge Vineyards will create a special “O” red blend just for the restaurant. And of course, look for Perez’s inspired and unique ingredient pairings in dishes, half of which will change seasonally.

The front entrance will remain in the same spot for the restaurant; there will be a back entrance for the catering company. Diners will enter and immediately see a huge glass-front wine room large enough to hold 2,000 bottles. To the right will be the main dining room. To the left will be the bar, which Perez and Flippen promise will have a quite intriguing focal point for the restaurant — lighting that will change color weekly (perhaps green one day and red another time) and be visible from the street once large windows are installed.

If the permitting process goes according to plan, Perez hopes to open the restaurant in October. If that process lags, he will most likely open at the end of January 2011 instead.

That is, if he can come up with all the funds necessary. He needs about $150,000 more to make it all a reality.

It hasn’t been his financial woes stemming from the embezzlement that have stalled those efforts. Instead, it’s been — what else — the sluggish economy, which has made getting loans impossible.

So Perez and Flippen have turned to some creative ways to raise the money needed for the restaurant. A friend who owns a construction company is helping with the transformation of the site. Perez also has bartered his culinary talents for about $200,000 in electrical and lighting services.

Recently, he’s also been hosting fund-raising wine-pairing dinners. The first one, attended by a lot of loyal customers, netted him $11,000. The next one, June 26 at Regale Winery in Los Gatos will feature five courses, plus an intermezzo, with dishes such as ostrich and caramelized fennel house-made sausage with black cherry tamarind sauce; and “Deconstructed Bulgogi-style” short rib lettuce wraps with crisp wonton, Manchego cheese, and spicy sarsaparilla dipping sauce.

Minimum contribution for the dinner is $500 per person or $900 per couple or $3,500 for a table for eight. Attendees will receive a Restaurant O gift card valued at 50 percent of their contribution. All funds will go toward building the restaurant.  Those interested should call (408) 354-3131 or contact jennifer@restaurant-o.com

After so many travails, Perez says he finally feels like his life has turned around.

“Everything here has been meant to be,” he says. “Every potential obstacle has worked out, unlike at other places we looked at. I just feel like this is going to happen. Call it karma, or I paid my dues, or whatever. I just feel that this is it.”