The Return of Chef Mike Miller 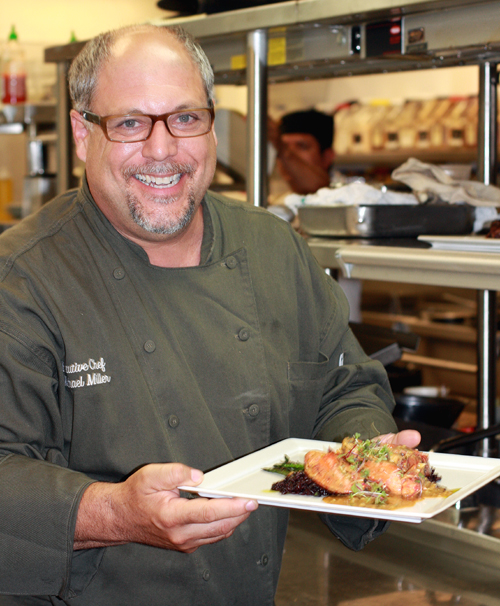 Foodies who have been lamenting last summer’s closing of the Michelin one-star restaurant, Trevese in Los Gatos, will rejoice to hear that Chef Mike Miller is cooking again in the South Bay.

Since January, the chef who dazzled with creative, elegant fare at his Trevese and at his previous restaurant, Umunhum in San Jose, has taken over the helm at the Silicon Valley Capital Club in downtown San Jose.

Unfortunately, the 17th-floor restaurant is a private, members-only dining establishment, which means you have to belong to it to get in or have a member invite you.

But recognizing the caliber of chef now on board, the club has big plans to open the restaurant to the general public on select days in the near future. So, stay tuned.

About 80 applicants applied for the head chef job there, and only a few were restaurant chefs, according to chair of the culinary committee, Stu Carson. Miller blew away the competition when he cooked a Dover sole during his tryout that Carson still calls the best fish dish he’s ever eaten.

Miller and I go way back. During my time as a food writer at the San Jose Mercury News, he and I collaborated on two memorable Thanksgiving stories, where we pitted our respective menus against one another. Now, he gets the holiday off, though. I was invited as a guest last week to try the new menu at the club, where about 40 percent of the menu has been revamped with Miller’s own dishes. He and his sous chef, John Burke, who also came from Trevese,  have big plans to shake things up on the once stodgy menu. Already, Miller is baking his own popovers, adding grass-fed beef to the menu, and instituting a new four-course, prix-fixe tasting menu ($40; or $60 with wine pairings). He’s also contemplating adding house-made charcuterie.

Some of the standouts of the evening were the canapes of foie gras terrine layered imaginatively with sweet cantaloupe; an amuse bouche of salmon tartare with caviar and preserved lemon; and meaty and very crisp pork pot stickers in a sticky, thick orange ponzu glaze ($8). 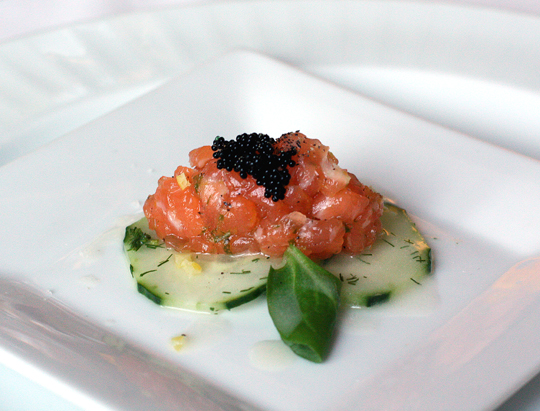 Among the starters, the Maine lobster cocktail ($12) piled high in a sundae glass with papaya, avocado and crisp tortilla chips was fun eating. 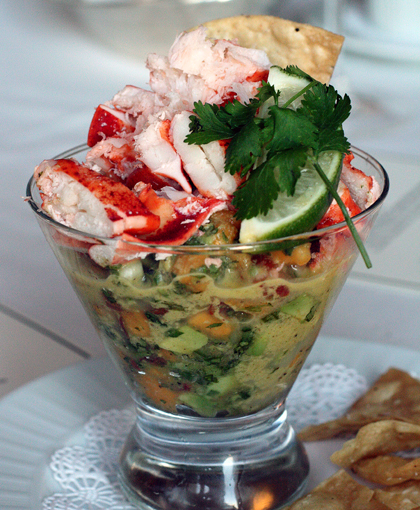 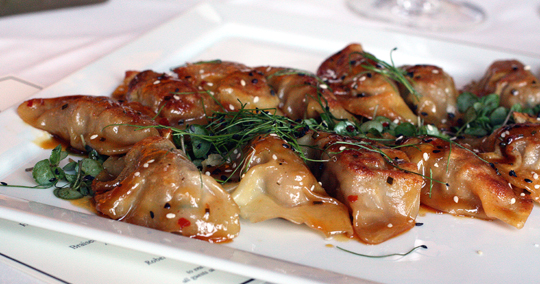 The barbecue foie gras ($17) was the star of the night, and reminded me of Miller’s push-the-envelope flair. He loves this particular dish, too, because he says it’s a true collaboration, with one cook making the little corn cakes, another the kicky ancho barbecue sauce that gets brushed on the seared, melt-in-your mouth foie gras, and the pastry chef doing the dazzling, surprising scoops of cilantro-lime sorbet that were bracing, punchy and thoroughly unforgettable. The breast of duck on the tasting menu that night was wonderfully silky and tender, and complemented by a few crunchy almonds, as well as sweet figs and cherries. 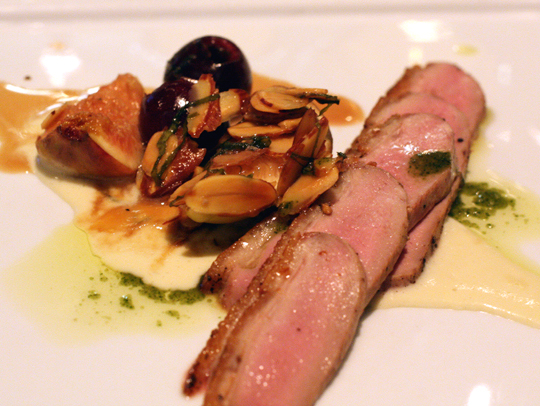 A dessert sampler brought a jiggly panna cotta on a disc of meringue, a well-executed molten lava cake, and a white chocolate-raspberry cake. The best sweet by far was the creme brulee on the tasting menu. This perfect rendition featured a most fragile custard in a large, wide shallow ramekin, with a sugar top that crackled when a spoon broke through it and that tasted almost of toffee in spots where the blow torch lingered. 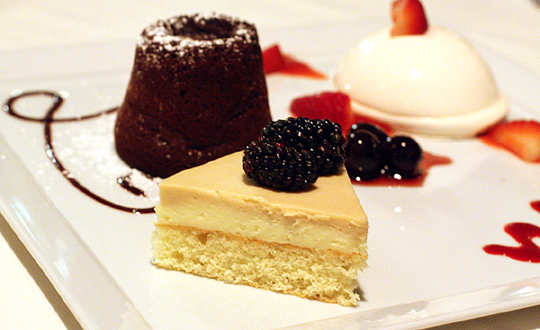 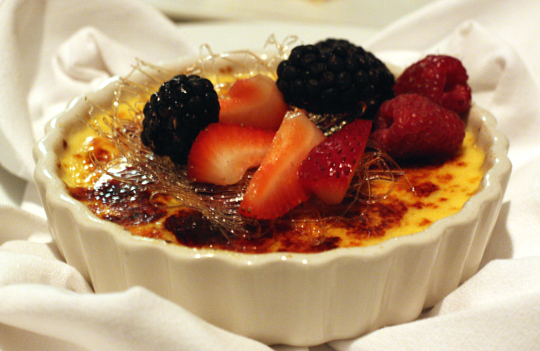 Not everything was perfect. A tasting menu dish of poached halibut cheeks had a tired, dry texture as if they might have been previously frozen. The pool of cucumber water they rested in did them no favors, either, as its flavor was so subtle as to be almost non-existent.

Miller has already reconfigured the kitchen for better flow. And he’s proud of the team he has assembled there.

As he continues to hone his groove in this new kitchen — the first time he’s worked in such a corporate environment — it’ll be exciting to see the changes he brings.

After closing his acclaimed Trevese because of the economic downturn, it’s heartening to see Miller able to showcase his cooking once again. 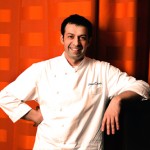 Another Michelin-starred Chef in the South Bay: My Q&A with Chef Bruno Chemel