When Executive Chef Jeffrey Stout opened a branch of his Alexander’s Steakhouse in San Francisco’s South of Market district about two months ago, he didn’t think the crowds here would differ much from what he gets at his original location in Cupertino.

But how wrong he was.

While the Cupertino restaurant starts to shut down after 9 p.m. because folks in the South Bay are early eaters, the party is just getting started in San Francisco around 8 p.m. and is still going strong three hours later. 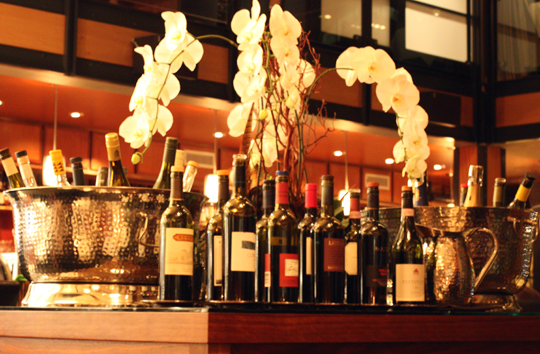 Stout, who is half Japanese, and his business partner, JC Chen, continue their unique, upscale, contemporary, Asian-inflected take on a steakhouse here. But unlike the Cupertino location, there is no jaw-dropping display of meat on display in an aging room right when you walk through the doors. Wasn’t room for it in the San Francisco locale, Stout says. Instead, all the meat is butchered at the Cupertino restaurant, then trucked to the San Francisco one twice a week.

As a result, there’s mega meat on the menu: Niman Ranch Prime T-Bone Steak with grilled lemon and a trio of salt; Strip Steak with kimichi butter and shishito pepper pistou; and pricey Japanese A5 Wagyu, the highest grade.

But what I’ve always enjoyed about Alexander’s is that it also offers a variety of Japanese seafood preparations for folks like me who crave that far more than a big hunk of meat.

Recently, I was invited in as a guest to try the new San Francisco outpost.

I couldn’t resist starting with the signature hamachi shots, a classic from the original Alexander’s in Cupertino. They’re $4 each or $22 for half a dozen. These little glasses are filled with a palate-awakening mix of raw hamachi, jalapeno, avocado, ginger, lime juice and truffled ponzu sauce. Don’t even bother ordering just one, because after you down it, you’ll surely want another. 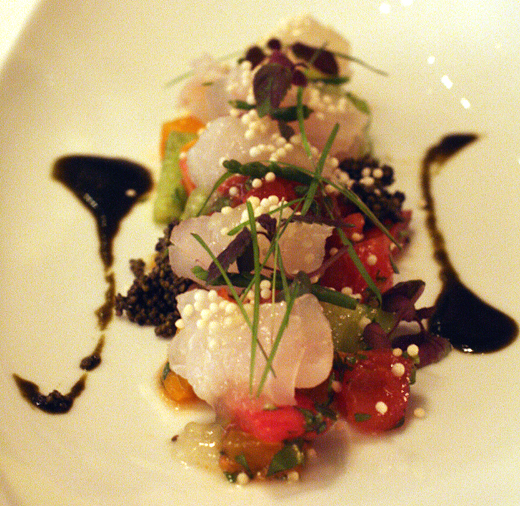 Next, oshitashi ($15), a molded ring of Dungeness crab, trout roe and soy sauce pearls that burst as you bit down on them. At the table, matsutake consomme was poured over it all. This beautiful dish was at once salty, sweet, earthy, bracing and unforgettable. Before the main courses arrived, we were treated to little spoonfuls of apple celery sorbet with golden raisin sauce. It was far sweeter than most palate cleansers. But with its almost autumn pie-like flavors, it was definitely a welcome flavor at this time of year. Still, we wondered if it might have been more appropriate after the main courses and preceding dessert. 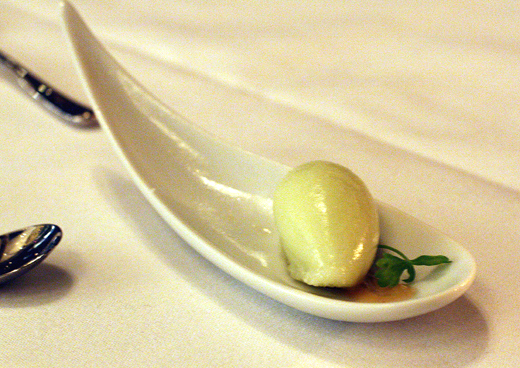 Of course, my husband (aka Meat Boy) couldn’t pass up the 24-ounce T-bone ($54). It arrived in all its glory on a plate with a selection of salts — fleur de sel, pink Polynesian and smoked — so that you could season it as you saw fit. The steak was enormous and juicy, with a big beefy flavor that had a long finish. 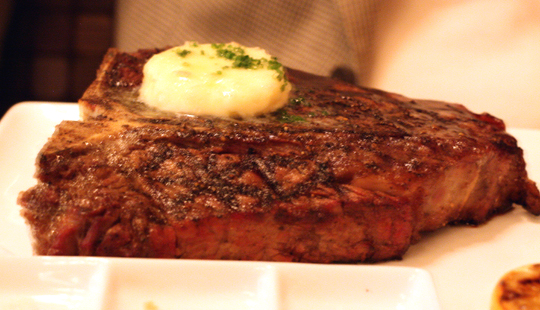 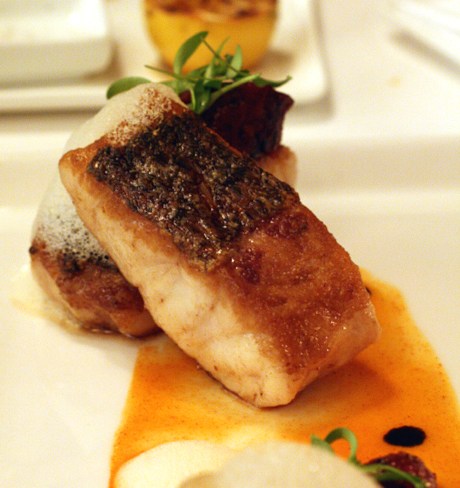 My striped bass ($42) arrived with a crispy skin, as well as a dainty lobster dumpling, cloud-like ginger foam and a hit of heat from the dice of kimchi on the plate. 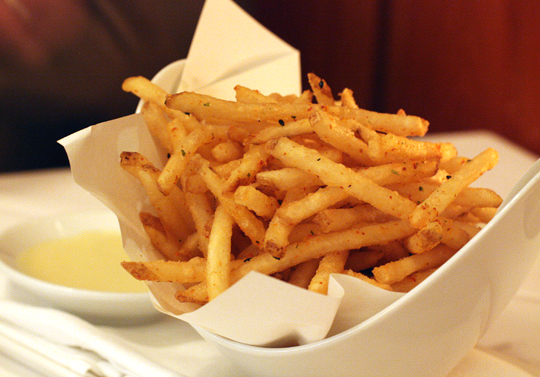 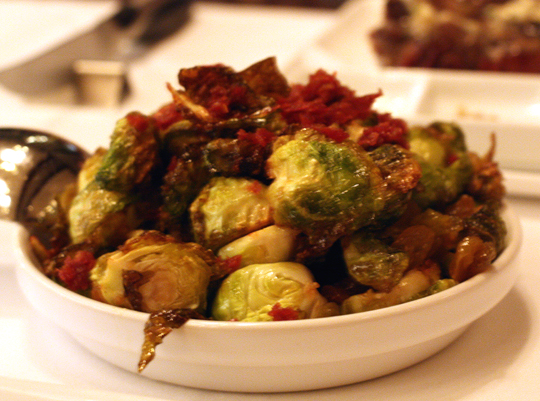 Truffle fries ($12) were oh-my-gawd good with a potato Parmesan puree to dunk them in that was a genius idea. And a side of Brussels sprouts with balsamic, proscuitto and raisins was almost sweet-and-sour-like in the best of ways. 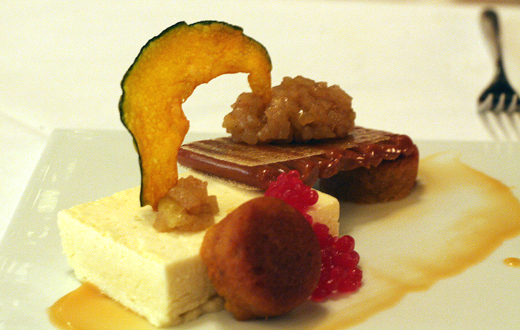 Because I love all things kabocha, I couldn’t pass up the dessert of kabocha financier, praline mousse, caramelized apples, and maple parfait ($12). A thin, crispy squash chip decorated it all. The maple parfait, cold and creamy, was addicting. And the financier moister and denser than the traditional almond.

But dinner at Alexander’s never ends on mere dessert. Other restaurants may offer teeny bonbons or tiny cookies before the check. Not Alexander’s. It wants to leave you giggling like a kid before you depart. That’s why a girly-pink cone of cotton candy is delivered to every table looking like a sugary incarnation of Marge Simpson’s ‘do.

Quite a way to end on a sweet note, isn’t it? 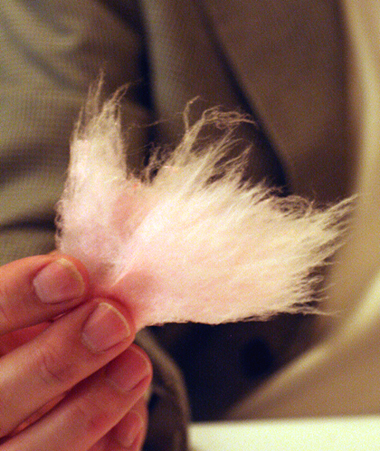