Txoko restaurant, which opened this summer on San Francisco’s colorful Broadway, is all about the meat.

In fact, the restaurant, named for a traditional members-only Basque gastronomical society, serves up a menu of Spanish-inspired small plates — with only one “big plate.”

And that is a Flintstone-sized “Painted Hills Bone-In Rib Eye Steak for Two.” Two? Seriously, this could easily feed four. Though, my server told me on the night I had been invited in as a guest of the restaurant that she has seen two people actually clean the plate.

We’re talking a splay of meat slices on a platter that is essentially prime rib cut as a steak. It’s incredibly juicy, beefy, and rich as butter.

It’s a he-man portion. But wait — there’s more. The “big plate” also comes with two side dishes, each holding thick slabs of potatoes cooked in butter, of course, as well as heirloom tomatoes, and shishito peppers — ringed by a vibrant chimichurri sauce.

I’m not even a major carnivore, but even I was blown away by how magnificent this steak was. It’s $65, which is a pretty good deal compared to traditional steakhouses elsewhere.

It takes 45 minutes to cook this behemoth over mesquite — time enough to admire or blanch at the quirky decor of what was once the legendary Enrico’s restaurant.

Quite a few have balked at the funky vibe of this place. But considering it’s surrounded by strip joints, can one really complain too much? 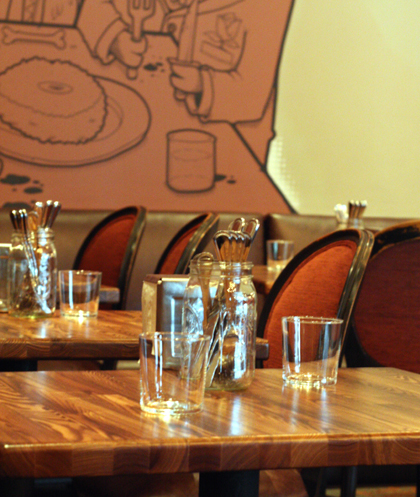 I kind of liked the eccentricity of this dimly lit place that has a huge bar, bare dark tables, enormous wheel-like steel light fixtures, and a crazy mural by North Beach artist Jeremy Fish that depicts cartoon animals feasting on, um, animals. Yes, nothing like a little cannibalism to whet the appetite, hey?

The tables are adorned with glass canning jars of silverware and — my one big quibble with the place — diner-style metal dispensers that hold the flimsiest paper napkins ever. Seriously, I can get heftier napkins at the local movie theater.

But napkins and interior aside, it’s the food that will make the real lasting impression. Chef Ian Begg, formerly of San Francisco’s Cafe Majestic, definitely knows his stuff. From the “small bites” section of the menu (items that serve one), we each started with a small coffee cup filled with Oregon pink shrimp atop a silky panna cotta suffused with intense basil ($3 each). The heat of roasted peppers cut the richness beautifully. 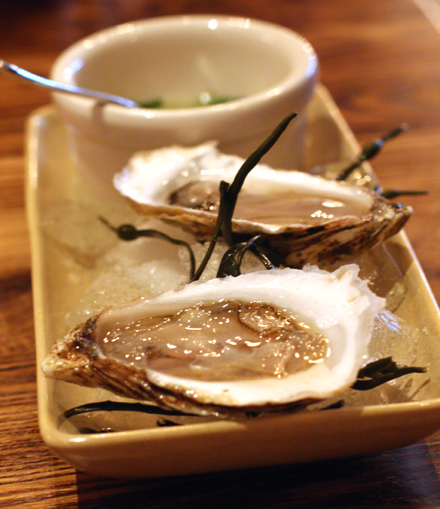 Next, Beausoleil oysters, which can be ordered by the piece, served with a zesty lime mignonette.

Next, on to small plates, which are definitely substantial enough to share. Thick slices of green tomatoes were fried in a light, lacy tempura batter ($10) and stacked on a plate with a tangle of fennel, black olive tapenade, ricotta and smoked tomato vinaigrette. It was soft and crunchy, salty, acidic and fruity. 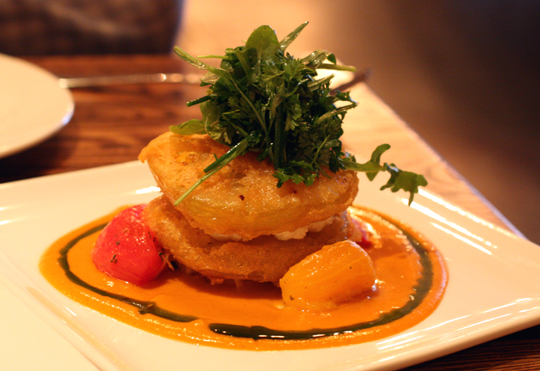 Braised Kurobuta pork belly ($12) was juicy and tender as it gets, with butter beans, gypsy peppers, shishitos and a sweet onion puree that caressed everything it touched.

Then, the only main course on the menu. 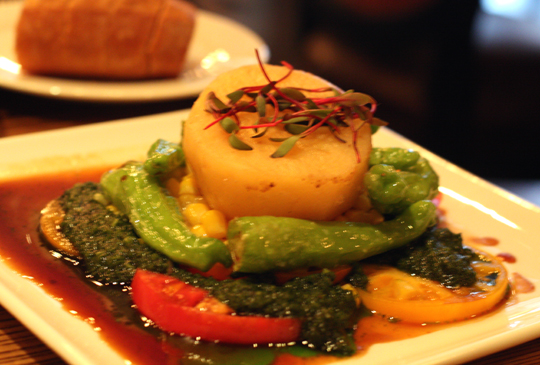 Owner Ryan Maxey explained that he and Begg were inspired by their time visiting pintxos bars in San Sebastian, which typically serve small plates and only one big plate — usually a massive bone-in rib eye.

Truth be told, we took most of ours home.

Of course, we couldn’t pass up dessert. Befitting its character, Txoko offers some rather unusual ones, including foie gras ice cream with roasted figs ($8).

We stayed with tradition, splitting a gateau Basque ($8). A dense, cookie-like, buttery cake, it’s filled with housemade strawberry jam and served with a dollop of Straus yogurt sorbet. It’s like a pastry perfect for breakfast. Alas, we couldn’t help but devour ours entirely that night, though.

But as you can imagine, we still had plenty of leftover rib eye. It made for a fine breakfast with eggs the next day, too. 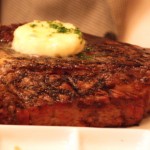 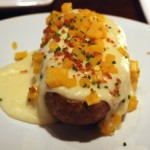 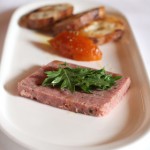 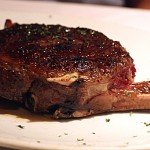