A CSA That’s A Cut Above If your New Year’s resolution includes eating more healthful, you just might want to make good on that by joining a CSA.

For a community supported agriculture program that’s a cut above the rest, look no further than Baia Nicchia’s. Fred Hempel, a geneticist turned farmer who owns the 9 1/2-acre Baia Nicchia Farm in Sunol, provides a weekly box of his fresh fruit, veggies and herbs to you. You pay $30 a week, but end up getting $35 or more worth of produce.

Recently, I had a chance to sample a couple of boxes and what a culinary treasure trove they were. Included was a brilliant rainbow of winter squash — from the deep orange-hued French Potimarron to the dusty peach-colored Kikuza (an heirloom Japanese variety) to the large pale creamsicle Terremoto to the haunting pale blue Australian Triamble that can be stored up to two years. Additionally, there was a bunch of my fave lacinato kale, as well as sweet Scotch Blue kale, peppery Dutch arugula, spigarello (a broccoli rabe relative), baby turnips, sprigs of pungent orange balsam thyme and fragrant yuzu.

Baia Nicchia supplies to top Bay Area restaurants (including Marché in Menlo Park), so Hempel will often include some fun, unusual items in his CSA boxes that he grows primarily for chefs, such as edible chrysanthemum and amazing finger limes. Because he operates a nursery, he sometimes includes seedlings as well, such as mustard greens that you can pot in your backyard and snip all winter long to enhance salads and stir-fry dishes. 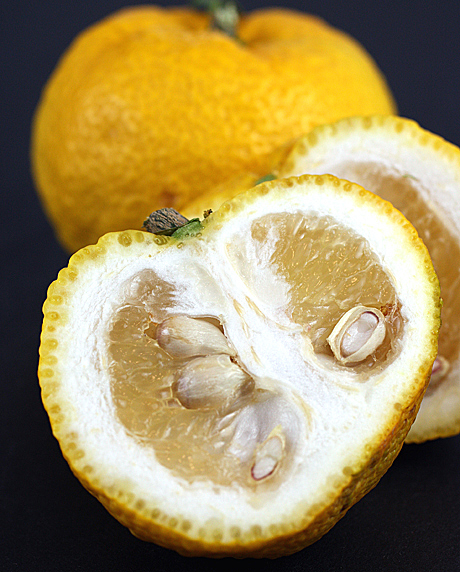 To make his produce boxes more well rounded, Hempel even includes citrus and other fruit from fellow growers such as Twin Girls Farm, Kashiwase Farms and Lu-Mien Village Farms. He’s also starting to dry herbs to make his own tea blends, so a tin of his latest might be tucked inside the CSA box, as well. 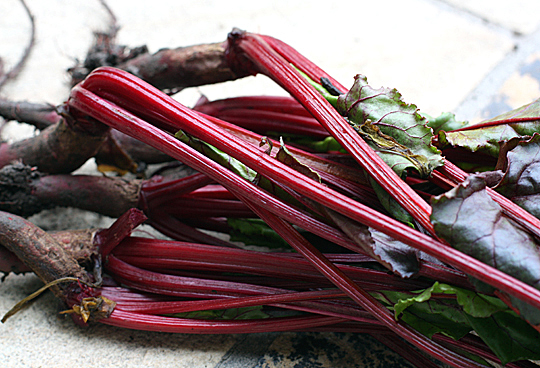 “Our target is people who care about food and like to experiment,” Hempel says of his CSA program. “We offer some standard things every week, but also some chef-like things to expand people’s horizons.”

Baia Nicchia offers customers some flexibility in what goes in their boxes, too. For instance, in the summer, when the farm grows more than 30 different types of tomatoes, as well as a variety of melons and peppers, you can request mostly tomatoes if you so choose. Or in the winter, when the farm produces specialty greens, root vegetables and distinctive squashes, you can ask for particular varieties to be included. 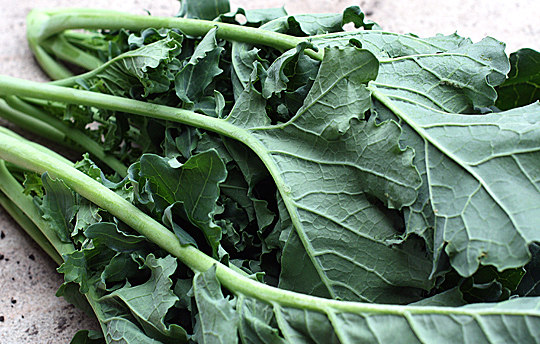 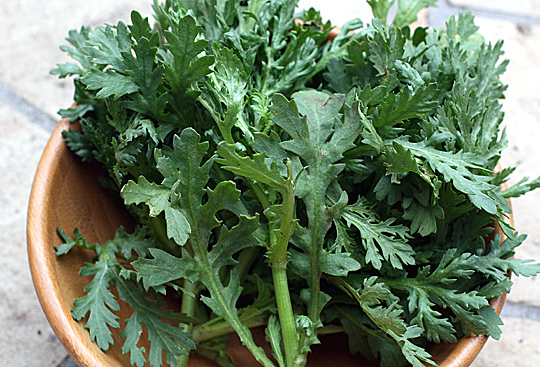 In winter and summer, pick up your weekly box on Sundays at Baia Nicchia’s stand at the Menlo Park farmers market. Or on Wednesdays year-round in front of the Jazz Cafe in Sunol.

Then, get ready to cross one resolution off of your list. 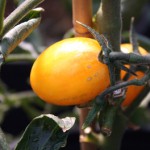 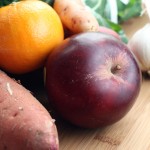 More: A Convenient Way To Get Fresh Produce Delivered to Your Front Door