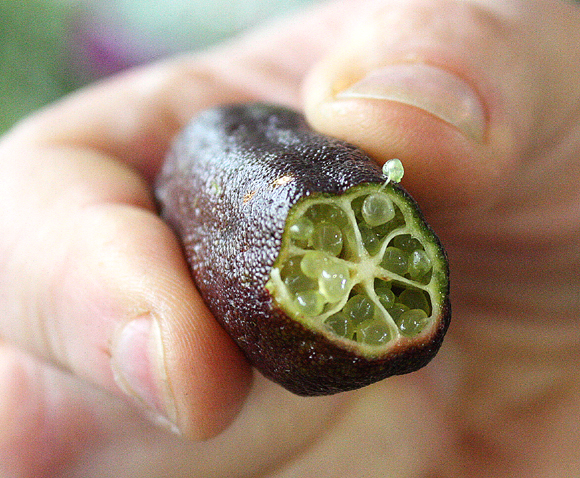 VICTORIA, AUSTRALIA — Traveling opens your eyes, as well as your taste buds.

My recent week-long trip to Australia, sponsored by Boundary Bend Ltd., was no exception.

Both in Melbourne and throughout the outlying countryside of the state of Victoria, there were so many wonderful new ingredients and dishes to revel in. Here are some of the highlights: 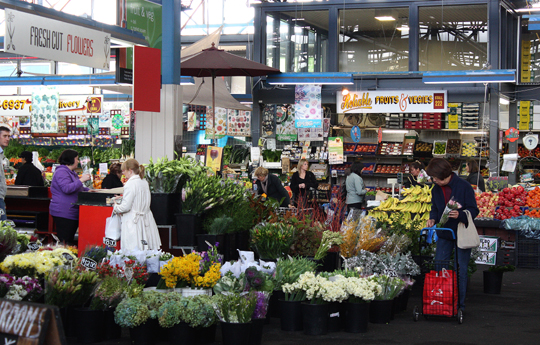 I could have stayed for hours meandering through the stalls at the famous Prahran Market, Australia’s oldest continuously running central marketplace. The covered marketplace, teeming with produce, seafood, fresh pasta, flower, soap and olive oil vendors, originated in 1864 at a smaller locale in Melbourne, and moved to its present location in 1881.

If there weren’t those pesky agriculture and customs laws (for good reason, of course), I would have brought back to the Bay Area armloads of the mesmerizing finger limes (above and below photos). The fragrance alone is intoxicating — beautiful enough to be a perfume that you’d want to dab on all the time. It smells of kaffir lime, with a bright floral, refreshing and very complex nose. 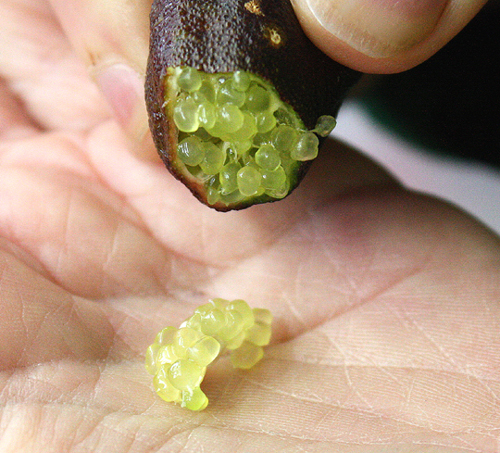 What’s really fascinating, though, is that this lime doesn’t have much juice at all. Instead, give one a squeeze and out will come these little globules that look for all the world like caviar. Damian Pike, a wild mushroom specialist, whose stand was selling these, explained that the fruit can be used in marmalade and all manner of dishes. One taste of the chewy globules that burst with tangy delight and I was dreaming of them atop sashimi. 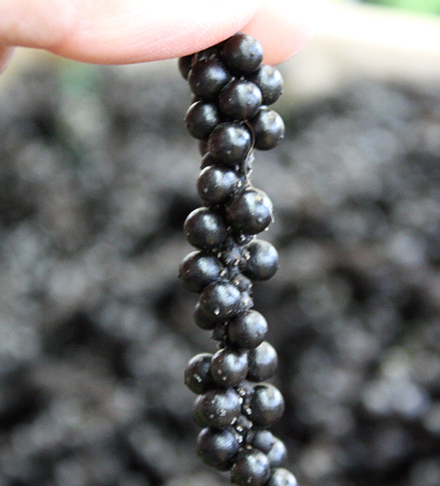 Pike’s stand also sold fresh pepper berries, which I had never seen before, having only been used to the dried variety that fills my pepper grinder at home.

The tiny berries grow in clusters like grapes. They’re stronger tasting when fresh, and juicy, with a pleasant oiliness. You’re hit with a blast of heat when you first bite one, but it soon dissipates. They’re great as garnishes, especially in meat dishes, Pike said.

When you want handmade farmhouse cheeses in this region, you head to the charming Yarra Valley Dairy about an hour outside of Melbourne, which has been churning out incredible Persian Fetta (note the spelling with the extra ‘”t”), chevre, and Camembert-style cheeses since 1995.

About 150 tons of cheese are made by hand here annually. Although the goat’s milk is purchased from another dairy, the cow’s milk comes from a herd of 140 that live on the grounds. 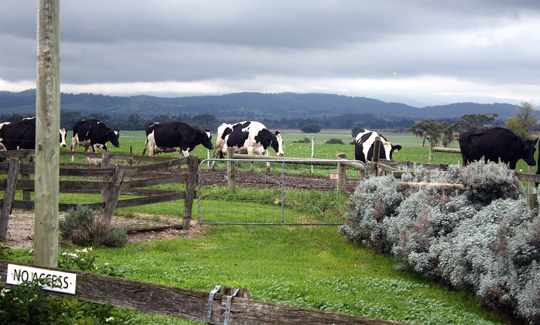 We got a chance to taste some of these fine cheeses, including an ash-rubbed, pyramid-shaped fetta made with goat’s milk and lovely fresh cow’s milk curds flavored with garlic and chives. 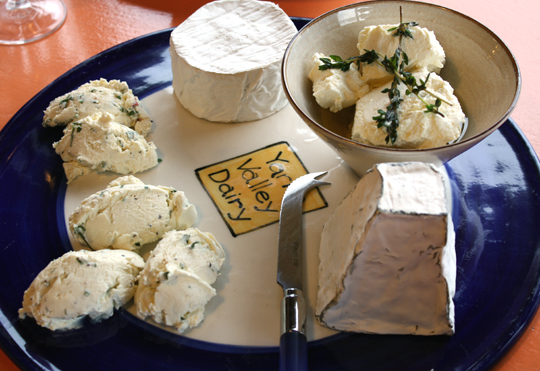 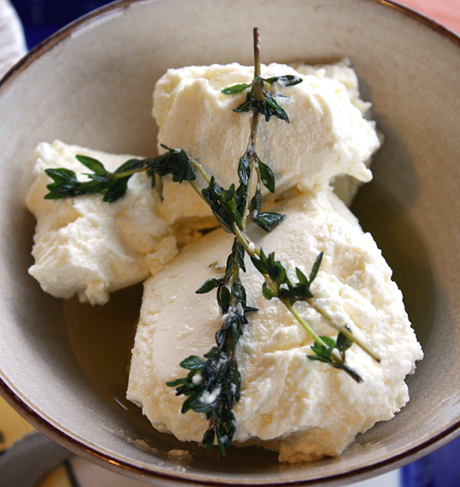 My favorite was the justly famous Persian Fetta, made with milk only a day old from cows, and marinated in extra virgin olive oil, thyme and garlic. It had a wake-me-up fresh milky flavor that was made only more wonderful by the rich olive oil and heady herbs. I was relieved to hear that this cheese is available at Whole Foods in the United States, as it is absolutely addicting spread on some artisan bread.

Far too many wonderful bites to recount, but definitely a highlight was the vine-wrapped King George whiting with spicy chorizo, green olive, chilies and smoky, sweet charred corn at the Healesville Hotel Dining Room in Healesville, an hour northeast of Melbourne in the Yarra Valley.

The pretty and intimate restaurant, inside a restored 1910 building, received one coveted chef’s hat (akin to the Michelin stars system of Australia) in the 2009 Age Good Food Guide awards. King George whitings come from off the southern coast of Australia. The fish, with an elongated shape, constitutes one of  southern Australia’s most important commercial fisheries. With its supremely silky, delicate and almost sweet flesh, it’s easy to see why it’s such a popular choice among diners.

We also dined at the two-hat Stefano’s in Mildura, on the banks of the Murray River.

Chef-Owner Stefano de Pieri was born in Italy, just outside of Venice, and immigrated to Australia in 1974. His restaurant is reason alone that so many travel to Mildura.

It serves a set five-course dinner each night, which is served family-style. The night we were there, that included cured Tasmanian trout, Wagyu beef cheeks with mashed potatoes, South Australian quail stuffed with mushrooms and prosciutto, and the most dreamy ricotta gnocchi in a Gorgonzola sauce with orange zest. 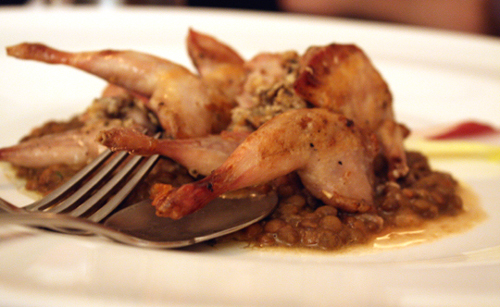 Our last dinner of the trip was at the two-hat Pearl, where the executive chef is Geoff Lindsay, who accompanied our small group of food journalists on one leg of our trip. 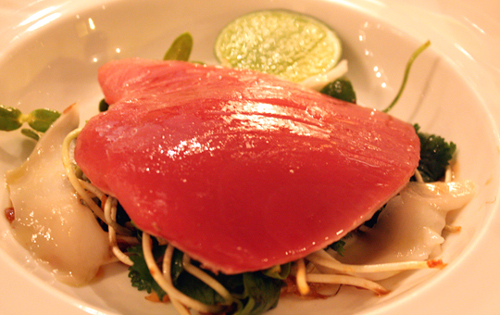 Modern and sleek, Pearl serves modern Australian cuisine that has a lot of Asian touches. Our dinner included minced quail lettuce cups, roast duck curry with a crispy fried egg, and an exquisite slab of yellowfin tuna, seared on only one side, then served with sunflower shoots, galangal, kaffir lime and pickled young coconut.

On the Banks of the Murray River:

One of the most special meals we had the pleasure of experiencing started with a boat ride in a “tinny,” small,  motorized metal boats and ended with an outdoor picnic on the banks of the river, lined with soaring red gum (eucalyptus) trees. 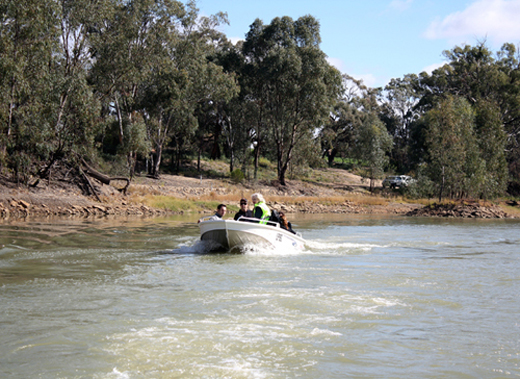 Our hosts from Boundary Bend had set up a large picnic table with wine and homemade salami, as a couple of their friends prepared a most amazing feast cooked over a fire in the ground. 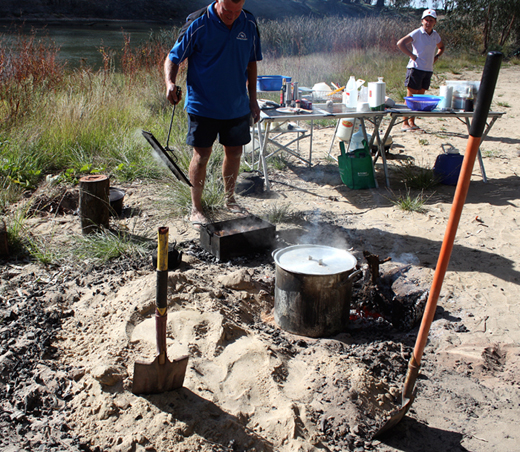 On a warm, bright afternoon, we kicked back with local yabbies, sizable freshwater Australian crayfish (after getting a quick lesson on how to crack them open). 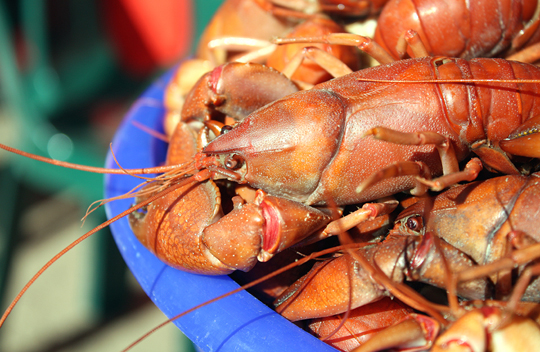 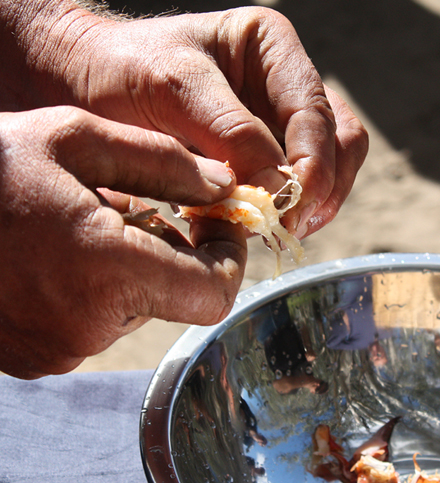 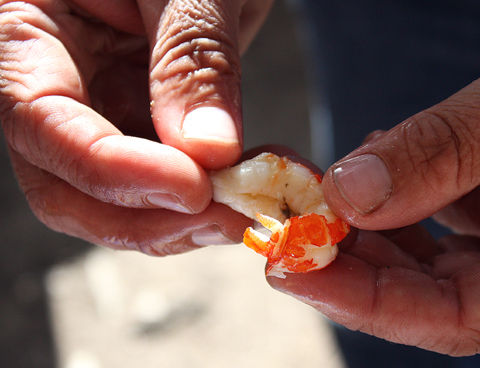 Next came a hearty, soul-satisfying lamb shank stew dished up from a huge cast-iron pot that had been cooking for hours. 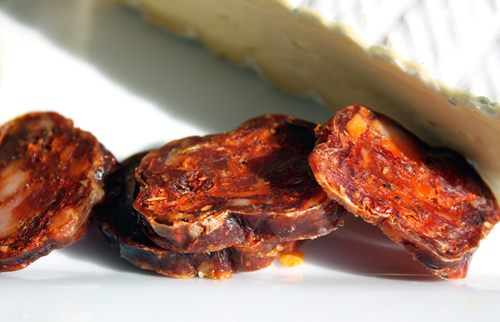 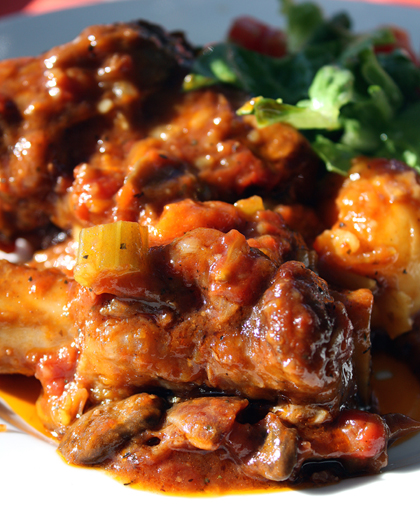 Much like the entire trip itself, it was a moment to savor that I wished would never end. If only. 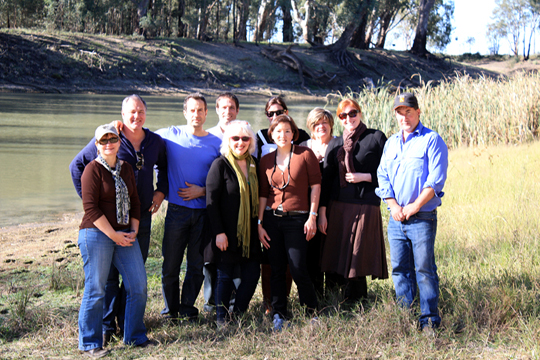 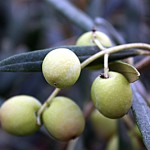 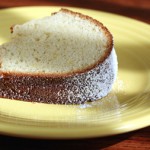 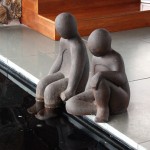 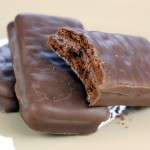