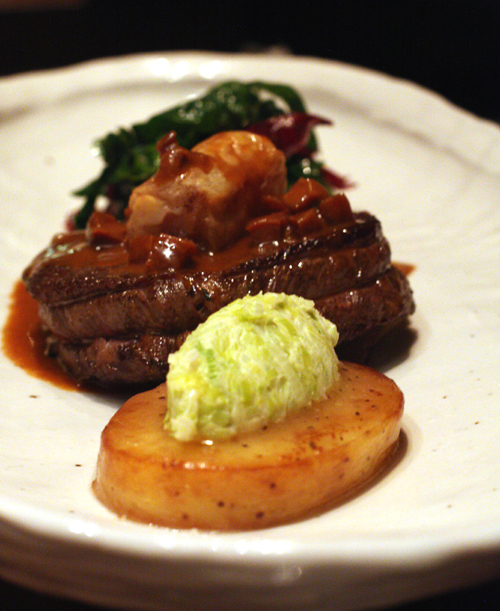 When San Francisco top toque, Michael Mina, opened his flagship, eponymous restaurant in 2004 in the Westin St. Francis on Union Square, it was in a hushed, luxe space all done up in elegant white and pale blue, with crisp tablecloths, elaborate china and one-of-a-kind serving pieces.

Then, when Michael Mina Restaurant moved late last year to the California Street location once home to Aqua restaurant, where Mina first made a name for himself, along with it came a new incarnation of the restaurant. Out went the tablecloths; in went unadorned dark walnut tables. The gleaming china was replaced by rough-hewn, handmade Japanese plateware. And the tempo of the restaurant went up decidedly with the now-lively bar with pop music audible throughout the dining room. 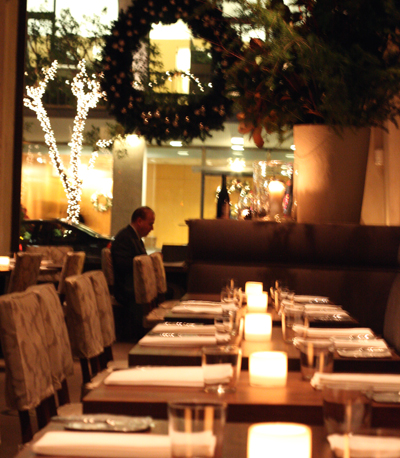 Just before Christmas, I was invited to dine as a guest of the restaurant. Just months before, I’d also had the opportunity to dine as a guest at Mina’s new Bourbon Steak, which took the place of Michael Mina Restaurant in the Westin St. Frances last year. The food at both was top-notch. But interestingly enough, if I had to choose one of the two to return to on my own dime, I’d most likely give the edge to Bourbon Steak. It’s slightly cheaper, with more options, and food that provided a bit more “wow.” 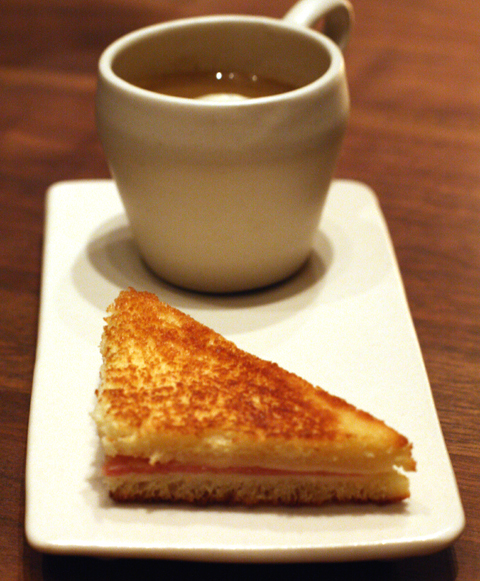 Right after we were seated at Michael Mina, just steps from the Mandarin Oriental San Francisco, a gourmet version of a homespun classic arrived. The amuse that night was a tiny cup of beluga lentil soup with a dainty grilled cheese-prosciutto sandwich.

Bread arrives at the table in big grilled slabs with pots of smooth ricotta covered in honey for an unexpected and most welcome rustic touch. 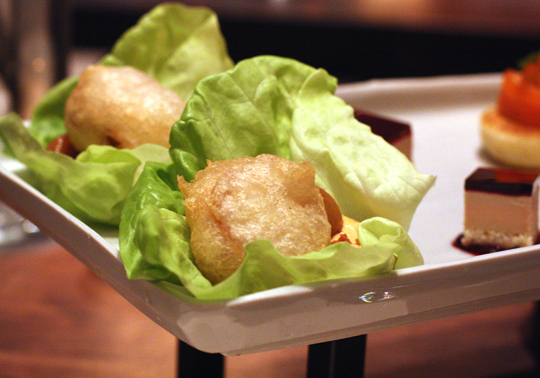 We followed that with the selection of  hors d’oeuvres ($16 per person). A rectangular white plate, set up on a stand at the table, arrived bearing a crisp cloud of a crab BLT, wrapped in a lettuce leaf, for a one-bite sensation. Alongside it was the silkiest little square of foie gras torchon accented by salty peanut bits and a grape gelee. If only all PB&J could taste like this. A curl of cured ocean trout was clean and rich tasting. Finally, there was a tiny round of beefy steak tartare topped with a sunnyside-up quail egg for good measure.

My starter of hamachi crudo ($19) was lovely to look at, artfully laid out on a plate with crisp, tangy green apple, winter black truffle and tiny shards of crisp tempura bits for added texture. 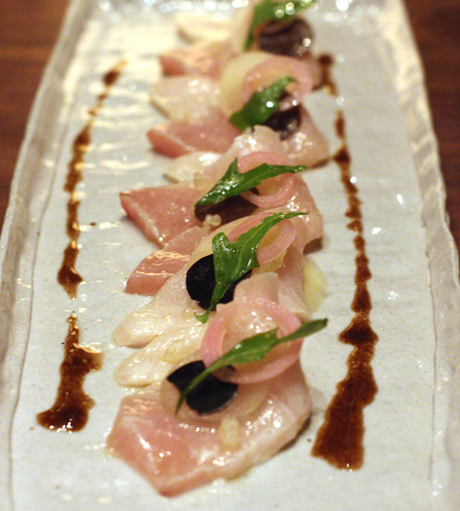 My husband opted for the classic tuna tartare ($19). It has long been a signature dish and it’s easy to see why. A plate with a mound of chopped, glistening red tuna is brought to the table, with pine nuts, mint, spices and a raw quail egg arranged alongside. A server mixes it all in front of you. Then, you dig in to one of the best tuna tartares around — rich from a hint of sesame oil, crunchy from the surprise of the pine nuts, and with a bit of kick from ancho chile. 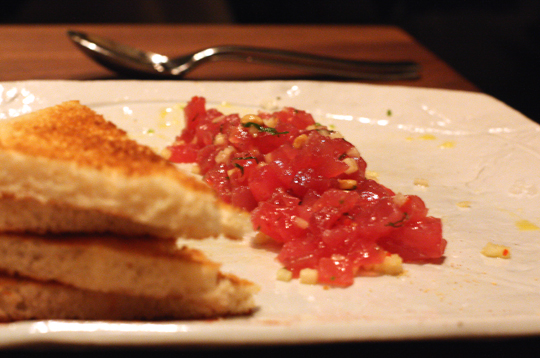 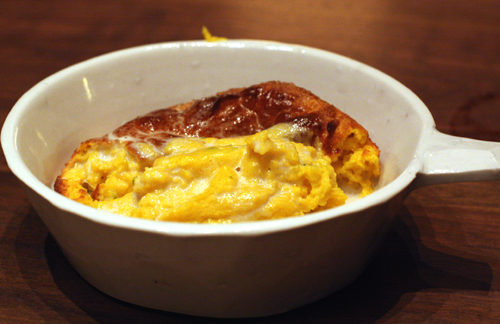 The restaurant also offers a savory souffle, designed to be served after the appetizers and before the main course. That evening, it was a kabocha squash one with black truffle cream poured into it tableside ($12 per person). For a $50 supplement, you can go all out and get it showered with white truffles. We didn’t. But we still enjoyed the souffe’s sweet yet earthy flavor and its fluffy texture made more substantial by the addition of the Japanese pumpkin. I wasn’t quick enough to snap a photo before our server doled out the souffle into two serving dishes. But suffice to say, it arrived poofy and regal like any fine souffle should.

My husband, being the carnivore that he is, enjoyed the Brandt Farms beef rib eye ($46), drizzled with earthy porcini butter, then topped with a delicate pastry roll filled with luxurious bone marrow. To make a rich dish even richer, there was also a square of pommes fondant — thin slices of creamy potatoes stacked together, slightly compressed, then finished with as much butter as possible. 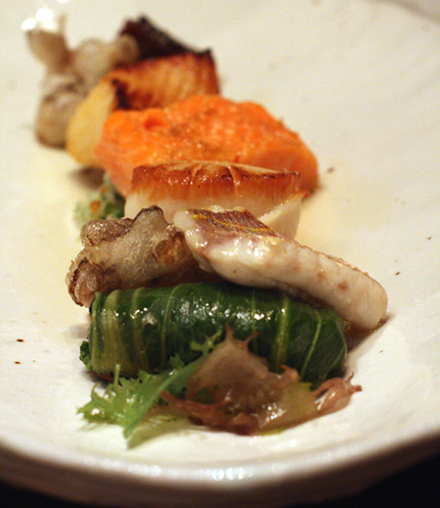 My “Five Seas Tasting of Japanese Fish” ($42) was more austere but so satisfying.  Small portions of five different fish, each prepared differently, get star treatment with tempura mushrooms, bamboo rice, and daikon poached in mirin and soy. Among the different varieties of fish were sweet pan-roasted scallop, caramelized black cod and a slow-cooked, braised tuna cheek that had the meaty color of  short ribs.

Dessert is a surprise. There is only one option and it’s $15 per person. What you get is essentially a dessert tasting menu of about 6-7 different items, with each one just a couple of bites. It’s a fun, memorable way of ending the night. But if you like one of the treats far more than another and wish there was more of it and less of something else, well, you’re out of luck. 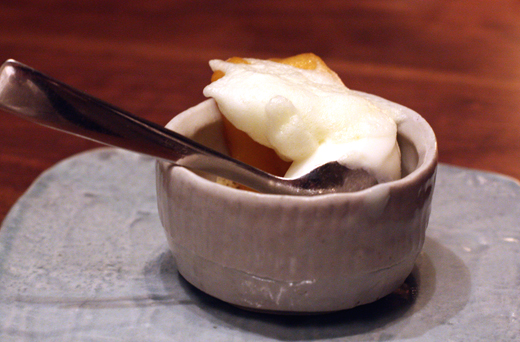 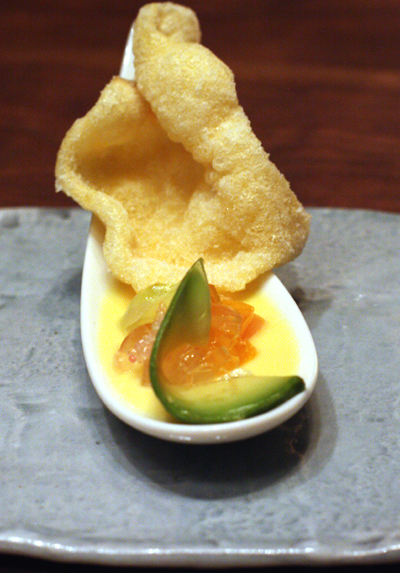 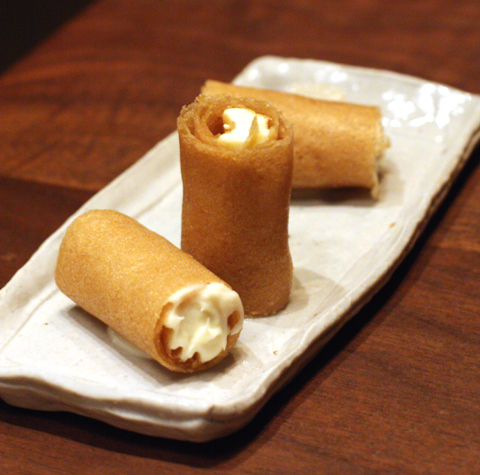 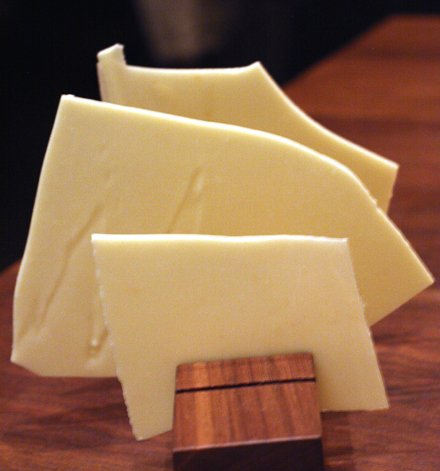 The night we were there, the parade of sweets began with candied apples with mulled cider and frozen yogurt (with the taste of apple pie but without the pastry), followed by panna cotta garnished with a crisp pastry “chicharrone” that tasted of passion fruit, then a brown butter pear tart. 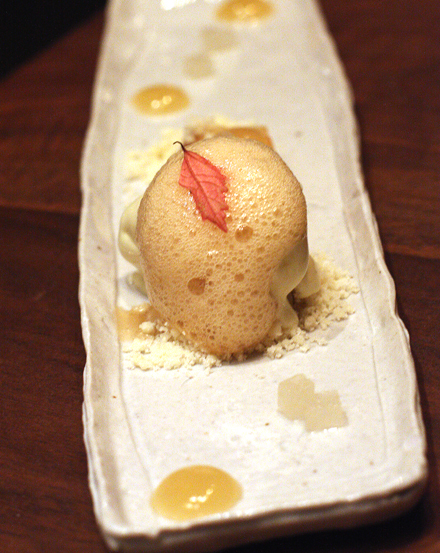 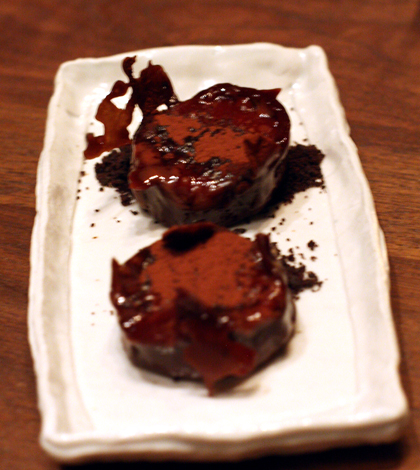 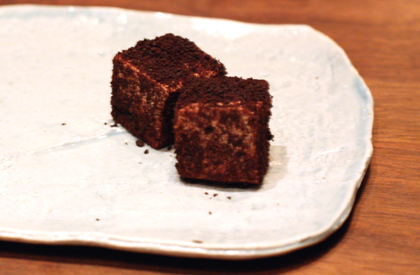 Michael Mina Restaurant may have moved. But it’s still one heck of an experience. 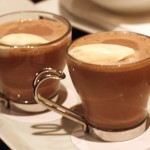 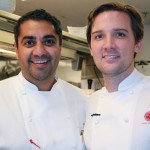