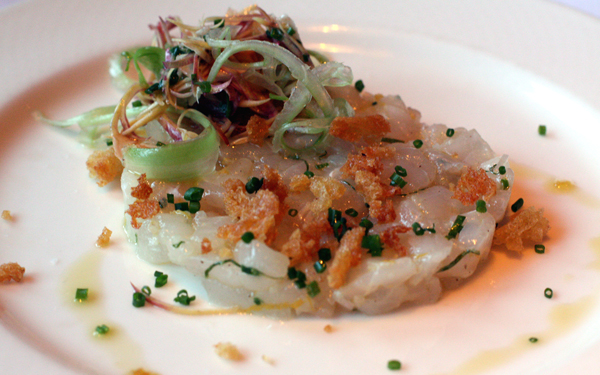 Twenty-five years is a very long time in restaurant years.

But that’s just how long Oliveto in Oakland has managed to not only survive, but to flourish.

A parade of talented chefs have manned the kitchen over the years, including Paul Bertolli (who went on to found his fabulous Fra’Mani salumi company in Berkeley), and most recently, Paul Canales, who was at Oliveto for the past five years.

He’s already started putting his stamp on the rustic, Italian fare here. He started a new dry-aging program to age rib-eyes for three weeks to concentrate their beefy flavor.

Recently, I had a chance to try his menu as a guest of the restaurant.

Enter the doors, and to your right will be the cozy, more casual cafe. If you go up the stairs, you’ll find the warm, inviting restaurant with its bank of windows that overlook lively College Avenue.

My husband and I started with a crudo of local halibut ($13), clean and bright tasting, with the slight bitterness of puntarella chicory and shaved purple artichokes. Rhodehamel also sent out a roasted root vegetable salad ($11.50) that was as gorgeous as a still-life painting. This seemingly simple dish was spectacular, with the carrots, beets and turnips roasted in salt to concentrate their flavor and sugars, and render them tender-crisp. Even an avowed vegetable hater would have a hard time not eating every last bite.

Oliveto has long been known for its house-made pastas, now made with local flours, so we just had to indulge.

Red winter wheat penne all bolognese ($14.50) will surprise anyone who thinks they hate the texture of whole wheat pasta. Unlike so many store-bought varieties that cook up with an awful gummy texture, the whole wheat penne had a nutty flavor and a toothsome texture that was a pleasure to bite into. The bolognese was rich and hearty like a good one should be. Durum wheat spaghetti with Santa Barbara sea urchin, lemon and Sinese chili ($15) again had a lovely texture, plus the sweet-briny addition of sea urchin. This was one silky dish. 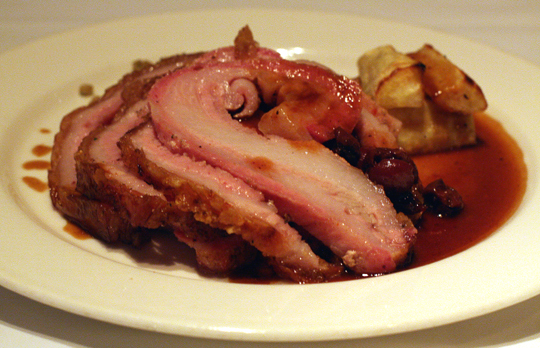 Although the rib-eye caught his eye, my husband opted for the spit-roasted heritage breed, Wattle Creek pork belly ($25). Thick slices with astonishing ripples of fat were fanned out on the plate over farro, roasted parsnips and wonderful picked cherries. One taste and you’ll realize why chefs go mad for this breed with its succulent flesh. My dish of pigeon ($23) was stuffed with wild rice. The meat was intense in flavor, almost like a revved up duck, but not gamy in the least. It came with Red Flint corn polenta, made from heritage Italian corn that’s now grown in California for the restaurant. A sandy brown in color, rather than the usual yellow, it was surprisingly light in texture. For dessert, there was a scoop of sunny tangelo sorbetto ($7.50) that came with a crisp butter cookie. We also enjoyed a crunchy cornmeal tart filled with creamy housemade ricotta, and garnished with a sticky kumquat compote.

It was a meal that shows just why this 25-year-old restaurant remains so relevant. 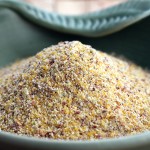 Tomorrow: Cooking My Own Whole-Grain Polenta from Oliveto 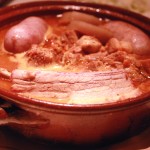