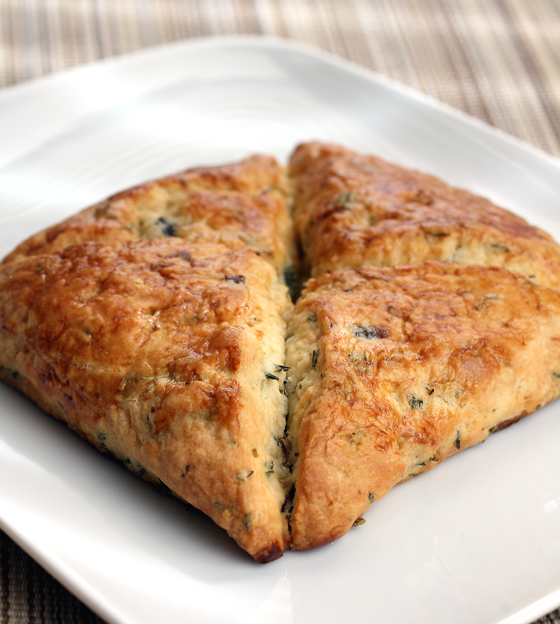 For the past five years, Pastry Chef Mark Ainsworth has been crafting organic pastries, breads and cookies for a number of San Francisco Bay Area hotels and restaurants, including the Carneros Inn in Napa and the Lodge at Pebble Beach.

Now, you can enjoy his Pastry Smart products in your own home by picking them up at Mollie Stone’s, Real Food stores, Piazza’s and Shokolaat restaurant in Palo Alto, where he is the CFO.

Ainsworth was previously executive pastry chef at the Lodge at Pebble Beach and the Ritz-Carlton in San Francisco. His Pastry Smart company is thought to be the first pastry producer in the United States to be American Humane Certified. The company also works exclusively with organic dairy Clover-Stornetta Farms.

Recently, I had a chance to sample a variety of the baked goods, which are made in a commercial kitchen in San Mateo. 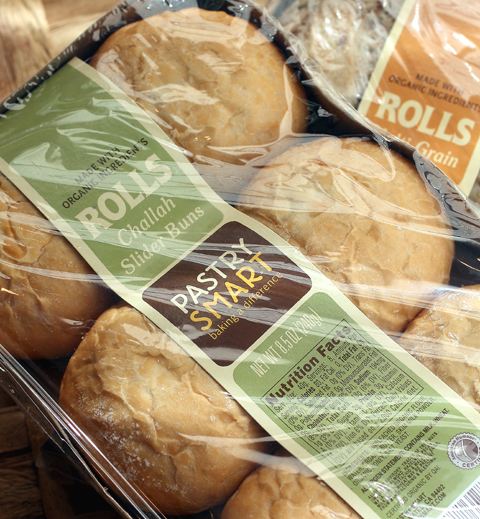 The retail line includes par-baked rolls that only need five minutes in a warm oven to enjoy at home. The challah slider rolls baked up crisp on the outside, tender on the inside, and buttery tasting, but not overly rich. They’d be great for dinner rolls for company or to stuff slices of ham into for Easter brunch. The multi-grain rolls had a nice nutty taste and a crunchy texture from the sesame and sunflower seeds that cover their exteriors. A package of six is about $6.99 each. The cookies are fist-sized and perfectly round — like lunch-bag staples from childhood. My favorite — surprisingly — was the vegan lemon shortbread. Made with vegan shortening, the cookies are very crumbly with a delightful topping of crunchy, crystallized sugar. Take a bite and they just melt in your mouth.  I’m not even vegan, and I couldn’t stop eating these. A box of six cookies is $6.95.

Pastry Smart also makes three types of savory scones, which would be perfect for lunch or dinner with a salad and soup. The curry scone is full pungent cumin seeds, curry powder and paprika.  Like the curry one, the mushroom thyme scone has a fluffy, light crumb, but with a more herbal, earthy profile.

Each square-sized scone is perforated into fourths to divide it easily into four bite-size pieces. But most folks, I’m sure, will see it and think they’re meant to eat the entire square. Just realize, though, that the calorie count on the back of the package is 130 calories for a fourth of that scone in your hand, and not the entire thing. 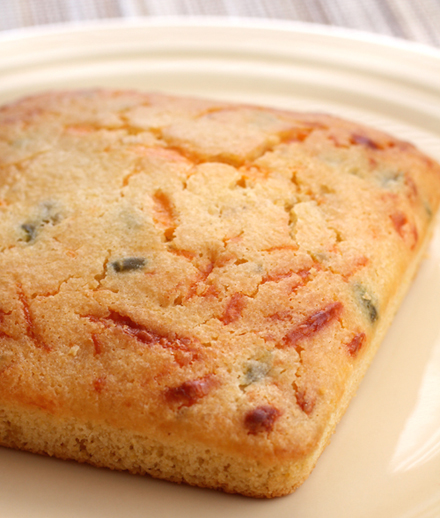 Same is true with the corn cakes — tender, cakey, corn bread squares that are about half an inch in height. The calorie count for these is 170 per quarter cake, though, few people are going to stop at just a quarter of one, especially when they come in flavors such as blueberry, and cheddar jalapeno.

Contest: One lucky Food Gal reader will win a sampler of Pastry Smart goodies, which includes rolls, cookies, corn cakes and scones. Entries, limited to those in the continental United States, will be accepted through midnight PST April 9. Winner will be announced April 11.

Just tell me about one of your favorite baked goods from childhood and why you still dream about it.

Here’s my answer to that question:

“Hands down, Blum’s coffee crunch cake. If you grew up in San Francisco, you know that iconic cake well from that now-defunct bakery.  This light, airy sponge cake was covered in coffee whipped cream frosting, then shards of crunchy, sticky coffee-flavored toffee. It was the cake that my parents always bought for special occasions like birthdays. Even as a kid, I loved the intense coffee flavor it had, even if it would be years later until I actually drank my first cup of Joe. It was always a race to eat this cake the day you bought it, because if you refrigerated the leftovers, the next day the toffee would turn soft from soaking up the moisture in the frosting. It just wasn’t the same. So, whenever we had this cake, we made sure to eat our absolute fill on the first day. Believe you me, that was never a problem to do. Not with this cake.” 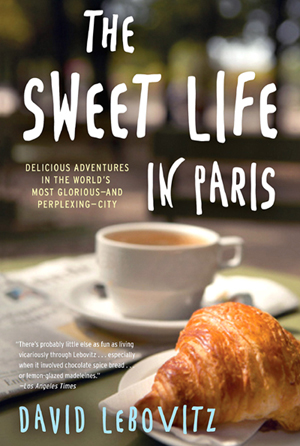 Winners of Last Week’s Contest: In the last Food Gal contest, I asked you to tell me your fondest memory of Paris or why you most want to visit that city. Three winners will receive a paperback copy of “The Sweet Life in Paris” (Broadway Books) by David Lebovitz.

Congrats to these three, which are listed in no particular order:

1) Mapi, who wrote, “My first and only time in Paris was when I was 20 years old and was in love with a French guy, who invited me to spend few days there. The funny story is that the same day I arrived he told me that he wasn’t interested in me anymore and that he was dating one of my ‘friend.’ I say ‘friend’ because she has always hated me…..so I spent a week heartbroken in Paris but made the best of it! I now want to go back with my husband to have a more romantic experience.”

2) Janna, who wrote, “I’ve been to Paris twice and I would love to go back. The last trip was 9 years ago, and I was in a small vocal jazz group. We had a gig playing two sets a night at a fancy hotel bar, and I believe the first set was 10:30 –- midnight and the second set was 12:30 -– 2:00 am. There was a moment that I remember sitting at the bar after the second set, drinking a glass of ‘vin rouge,’ my eyes burning from the smokey room, my voice hoarse from the smoke and too much singing, thinking THIS is a great moment in Paris. Remember THIS. I was 24.”

3) Lentil Breakdown, who wrote, “I’ve been to Paris three times, but I’ll always remember my first time. It was 1989. I met him in a little bistro and it was love at first bite. What a fella, that Nutella. That chocolate and hazelnut guy inside my crepe did things to me like no chocolate had ever done before. He was rich, dark and handsome, and I had to bring him back with me. He came in a jar that doubled as a drinking glass that had a white plastic, resealable lid on it, and I kept it in the cupboard with my drinking glasses for many, many years. A few years ago, when it broke, I was heartbroken. But I know we always had Paris.” 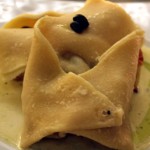 More: My Dinner at Shokolaat in Palo Alto