Take Five with Chef Gaston Acurio of La Mar in San Francisco, Who Dropped Out of Law School to Cook 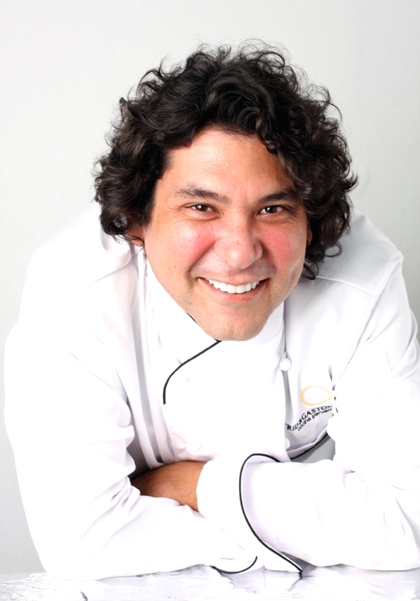 Chef Gaston Acurio is probably more recognized in other parts of the world than he is in the United States. But no doubt that will change in the coming years as the 43-year-old chef expands his already impressive culinary empire further in this country with his bold take on contemporary Peruvian cuisine.

Acurio, who has 32 restaurants in 14 cities around the globe from Lima to Sao Paulo to Santiago, staked his first foothold in the United States two and a half years ago when he opened the lively La Mar Cebicheria on San Francisco’s Embarcadero with its striking turquoise sea-blue decor. In August, he will open his second La Mar in the United States –- this one in New York’s Madison Square Park in the former Tabla restaurant site.

Last week, when Acurio was in town to work on new dishes at La Mar San Francisco, I had a chance to sit down and talk with him about his new partnership with the Monterey Bay Aquarium, his future plans in San Francisco, and how his politician father came to terms with the fact that his only son was not going to follow in his footsteps.

Q: Is it more challenging to open restaurants in the United States than elsewhere?

People here are also very open to trying new things. It’s not like trying to start a restaurant in Italy or Paris. Nobu closed his restaurant in Paris after only one year. Parisians just don’t want to spend $150 on ethnic food because they are proud of their own food. The same is true in Italy. Those are challenging places to open restaurants.

Q: Will you open more restaurants in the United States after the New York one is up and running?

A: Of course. We are looking right now in Los Angeles, Chicago and Miami.

The presence of Peruvian food in the United States is just getting started. We have a big responsibility to do it well or else we will close the door to those who come after us.

Q: Are most Americans confused about what Peruvian food is?

A: Most are. Peruvian food has five big influences: Japanese, Chinese, Spanish, African and Inca/South American. Cebiches are our flagship like sushi for the Japanese. Our stews are European-like. Our sauces are like African ones. And herbs and chilies are very important in our cuisine. 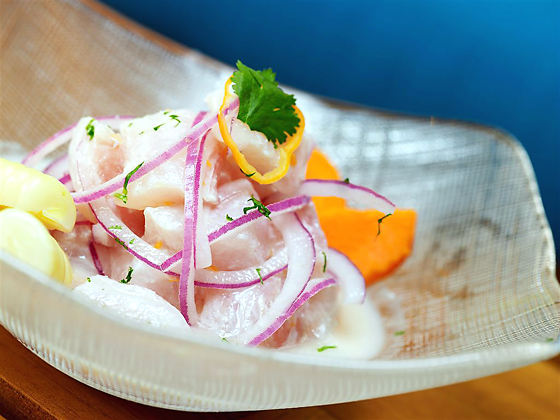 Q: With your partnership with the Monterey Bay Aquarium, you will have ‘Seafood Watch Guides’ available for the public at your restaurants and you will serve only sustainable seafood at all of your restaurants? How challenging will that be?

A: I had been serving Japanese octopus for a year that I just found out was endangered. So now, I won’t use it. For the last two days here, I’ve been tasting all kinds of fish that I have not eaten much of before. Things like smelt, which we fried to make the most amazing chip you can get.

I hope that in a year we will change all of our menus, so that they will no longer say, for example, ‘Halibut Clasico Cebiche.’ Instead it will just be called ‘Clasico Cebiche,’ because each day we will use only the best, local, sustainable fish in it that the waitstaff will tell you about.

Q: So, the La Mar in Lima is quite different in that it is only open for lunch? Why is that?

A: It’s very interesting, but in Lima, we don’t eat cebiche at night. People think it’s too heavy even though that doesn’t make sense. You see, years ago, when there was no refrigeration, cebiche would be made by marinating fish with lime for two hours. It would sit out until dinner and when people ate it, they would get that ‘heavy’ feeling. So, cebiche places would only open for lunch instead.

We’re trying to spread the idea that cebiche places should be open during the day and at night now. But can you imagine if that happened all at once? There are 2,000 cebicherias in Lima. There’s probably 2,000 rotisserias, too. If all the cebicherias started to open at night, it would be like having 2,000 new restaurants. 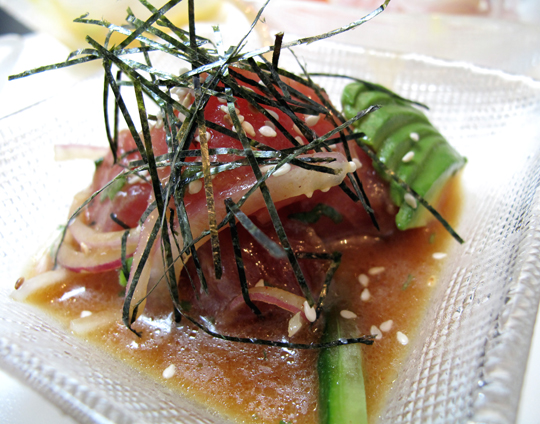 Q: When was your father prime minister of Peru?

A: In the 1960s, when he was only 30 years old. He served for three years, then resigned because he didn’t agree with the oil policy of the government at the time.

Q: Your father sent you to law school, but you dropped out without telling him?

A: I dropped out after one year. But I didn’t tell him for three years. He probably suspected it, but he will never admit that. I finally had to tell him when I finished culinary school at the Cordon Bleu in Paris. He wanted me to go work as a lawyer at his friend’s corporation and I had to tell him I already had another job –- in a restaurant.

Q: Was he furious?

A: He was disappointed in the beginning. He imagined me working at McDonald’s. He said, ‘You went to the best schools; you could do so much more.’ Now, he says, ‘Wow, what a lesson you gave me!’ (laughs) Now, he is very proud.

A: I’m the only one in this profession. I am the youngest. I have four older sisters, who don’t know how to cook.

I think I was born for it. When I was 7 years old, I would ride my bike to the store. I didn’t go to buy chocolate. I bought squid that I would take home to fry.

We had a cook in our house. My sisters were always with their friends or boyfriends, so I spent a lot of time in the kitchen with this great lady who cooked for us. I would taste, smell and read all the recipes books she had. Maybe that’s what started it all.

That curiosity I had then is the same as the one I have now. I think it’s important to keep that same kid inside of me with that same passion.

Q: You met your wife, who is of German descent, at the Cordon Bleu?

A: My wife was a student, too. It’s funny -– I left law school and she left medical school. My father was a politician. Hers was an entrepreneur. I have four older sisters. She has three older brothers. We met and fell in love from the first moment.

Q: After graduating, you and your wife opened a small French restaurant in Lima that slowly became more Peruvian?

A: Yes, each year, we left more and more of the French flavors behind and became completely Peruvian after six years. I thought, ‘Do I want to be a Peruvian chef making French food in Peru? Or do I want to take these ingredients to create a Peruvian experience that could compete with any great French experience in the world?’

Q: Tell me about the cooking school you started in Peru for underprivileged children.

A: Peru is a country with many contradictions –- great gastronomy and great hunger at the same time. Four years ago, I built a school in the poorest area of Lima for kids who wouldn’t be able to pay to learn to be a chef. I got chef friends from other restaurants involved, and they all donate one day a month now to teach the kids.

We have had 250 students. All of them have gotten jobs after graduation. I have hired maybe two or three at my restaurants. But I try not to hire them because I don’t want them to feel obligated like they have to come work for me afterward.

Q: Why is teaching what you know so important to you?

A: Chefs used to fear letting people into their kitchens because they might steal their recipes. The tendency now is that everything you discover in your kitchen should be shared. That’s the mission of a chef.

Now, if you copy my recipe, I think of it as an honor and I hope I’m going on to make something even better than that. When you share, everyone progresses. It returns to you -– even bigger.

Q: Will you be opening any other ventures in San Francisco?

A: We are looking to open a Peruvian family-style restaurant here, T’anta, which we have in Peru and Chile, too. It’s more moderate in price.

My wife also is working on building a chocolateria. We have amazing cacao beans in Peru that will be used with fruits from the Amazon. She will start it in Peru, but sooner or later, it will be here in San Francisco, too.

Q: One day, do you hope that Pisco Sours, cebiches, and lomo saltados (stir-fried beef with garlic, cilantro, soy sauce, fried potatoes and rice) are as well known in America as pizza and egg rolls?

A: I have to think that will happen. If I didn’t think that, I wouldn’t be here now. I am very proud of working on that mission. 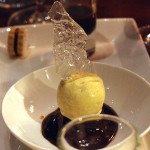