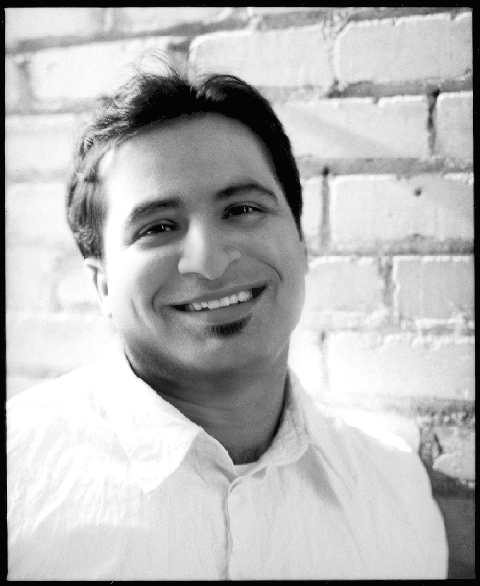 If you’ve been tuning in to this season’s “Top Chef Masters’’ on Bravo TV, you’ve probably already discovered not only how charismatic, but candid Chef Suvir Saran can be.

The 38-year-old, executive chef/owner of award-winning Devi in New York City will tell you he’s probably one of the most frank chefs you’ll ever meet. (Wait till you hear what he thinks of Zagat and Yelp.) That forthrightness, coupled with an energetic and telegenic presence, has made him a favorite speaker at seminars. See for yourself when he joins yours truly on stage at 7 p.m. April 29 for a lively Q&A session at the India Community Center in Milpitas. Tickets are $50 for ICC members; and $55 for non-members. Executive Chef Vittal Shetty of Amber India in San Jose will prepare signature hors d’oeuvres inspired by Saran’s recipes.

Saran’s South Bay appearance will be in conjunction with “Dining Out for Life Silicon Valley,’’ which is part of an annual  national campaign, in which participating restaurants raise money for those living with HIV/AIDS. Proceeds from the Silicon Valley event will support the Health Trust AIDS Services, which helps more than 800 people in Santa Clara County with hot meal delivery, food baskets, and housing assistance.

Forty restaurants in 12 Silicon Valley cities will donate at least 25 percent of their food sales on April 28 to that organization. For more details, click here. Saran also will be making a surprise appearance that evening at four South Bay restaurants, so keep your eyes peeled.

Additionally, at 12:30 p.m. April 29, Saran will present a talk about healthy cooking at the Health Trust Food Basket in San Jose. He will be joined by cookbook author and legendary restaurateur, Joyce Goldstein, who was an early pioneer in the fight against HIV/AIDS. Advance reservations are required by emailing Jon Breen at jonb@healthtrust.org. 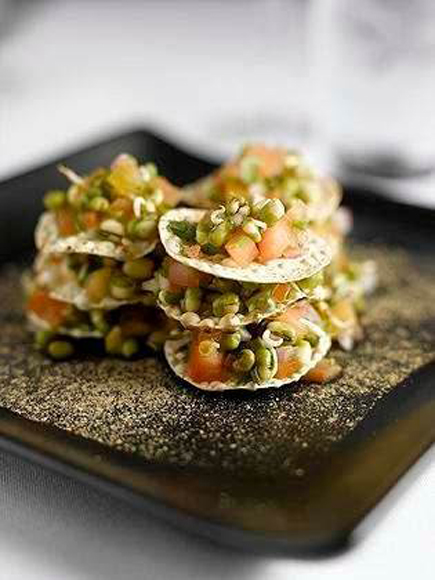 Lastly, Saran is not only donating four dinners for two at Devi, but also donating his time to cook a meal for eight at a private home in the Bay Area. These items will be auctioned off online on the Health Trust’s Web site to the highest bidders, starting at midnight May 5.

Last week, I had a chance to chat by phone with him about what brought him to the United States at age 20, and what he thinks of the state of Indian food here.

Q: Why is ‘Dining Out for Life’ a cause near and dear to you?

A: I lost many friends to HIV/AIDS. My partner of nine years is a big civil rights person. He’s always yelling and screaming, and I realized that a voice demanding humanity was important in American society.

Most people take it for granted that we live in a democracy and everything is perfect. I have to be a champion of underdogs. I owe it to every underdog to speak up for them.

Q: Devi was the first and only Indian restaurant in the United States to earn a Michelin star. What did that honor mean to you?

A: That I should commit suicide now that they’ve taken it away after two years. (laughs) It was an honor. It was a wonderful thing. We got it at the top of our game. Then, it was taken from us. Since my business partner and I had a separation, we are now back at our prime. Who knows? Maybe next year, we’ll get it back again.

We had it two years in a row. It was a luxury. I don’t take it for granted. I look it as a sweet gift bestowed us on by powers that be. It’s not like those worthless Zagat ratings, which have no value in my mind.

Q: I’m almost afraid to ask what you think of Yelp?

A: You have competitors bashing you and sycophants praising you. You should never believe all the hatred or all the praise. It’s always something in between. I never get excited by failure or by success. If you survive, that is what is really something.

Q: How old were you when you left your native New Delhi for the United States?

Madness and love brought me here. Love of a man. I told my parents I was coming here for schooling. But it was really love. I’ve had three loves since then. First love is often not the true love of your life. I thank my first boyfriend for getting me here, if not for giving me love. If anything good happens, I still always leave him a message on his phone, even though he never returns my call. I tell him, ‘Thank you for bringing me here.’ A: For two or three years, I was very sad about the food people ate here. It killed me to see what they thought of as haute cuisine and to see all their junk food.

I came here wanting to be a singer or graphics artist. But the sadness of American food made me cook. Anytime I wanted good food, I would cook. I wanted to show people real food that dances in your stomach, rather than the gloopy, gloppy, overcooked food they were eating.

The way to a person’s heart is through their belly. I truly believe you are what you eat. When I fed people different food, they became different people. At the table, people come together and realize we have far fewer enemies than we believe.

A: I came from a home that had a Brahmin priest who cooked for the family. He allowed me to sit on his lap and take notes when I was a child. While my brother played cricket, I would talk to him about food history, legends and myths.

Q: Why did you want to compete on ‘Top Chef Masters’?

A: I have no idea! (laughs) It may be the biggest mistake of my life. It brings me to earth, though. I end up helping people in competitions. I’d rather help a competitor finish than finish my own dish.

Q: Was it what you expected?

A: I didn’t blink an eyelid. I didn’t go there to fail or succeed. I came just to be. I just wanted the experience. I wanted to bask in the competition but not be caught up in it. I was enjoying watching the others and I got to meet terrific people and see many facets of their personalities. I could write books about it.

Q: Whose personality surprised you the most?

Q: I know that you can’t reveal the outcome, but are you happy with how you did on the show?

A: No matter what happens, I will remain me. They may show snippets of me that don’t make sense. But if I remain true to myself, if I come across as honest to myself, I’ve done the right thing by me and my family.

Q: How do you think you’ve changed the perception of Indian food in this country?

A: Radically. People either hate me or love me. I would rather be the person stirring the pot, than a benign character. My father told me, ‘You have a roof over your head, now make a statement.’ So I do everything to make a point.

When I came here, Indian food was hated or loved. It was nothing like I grew up with. Ninety-nine percent of the restaurants serving Indian food are serving a convenient concoction that’s easy to make, but it’s not the food we grew up eating in our homes. That’s not changing. Indians don’t challenge. Our religious and philosophical soul has made us muted animals unable to change. We just accept rather than challenge.

Q: What about all those modern Indian restaurants popping up now?

A: They’re modern, but they’re still serving the same sh*t in a pot. It’s the same rubbish, but in a fancier container. They are not doing what grandmother did. Until that happens, nothing changes.

Q: What new things are you working on?

A: An American Masala food concept to take nationally. And something in New York, where you can get a quick bite fast. We have enough drama and hype in the United States. We need substance. 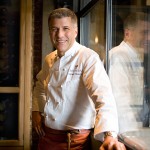 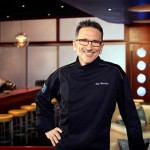 And: My Q&A with Chef Rick Moonen