Take Five With Michael Chiarello, On the Aftermath of “Top Chef Masters” 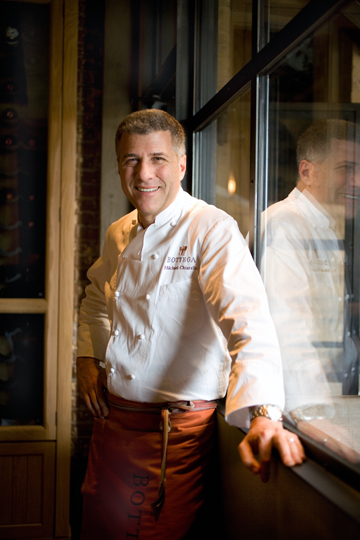 You know Michael Chiarello as the charming host of PBS and Fine Living cooking shows.

You know him for his gourmet products and coveted culinary accouterments sold at his NapaStyle stores.

You also know the Culinary Institute of America-grad as the founding chef of Tra Vigne restaurant in St. Helena, and now as the chef-owner of Bottega Napa Valley restaurant in Yountville.

And of course, you know him for how he managed to remain cool, calm, and collected on Bravo TV’s recent “Top Chef Masters” show even when former “Top Chef” contestant Dale Talde went ballistic after Chiarello addressed him as “young man.”

At a time when celeb chefs are easing out of the restaurant kitchen to spend more time in front of the camera, Chiarello is taking the opposite approach. A cooking-show star since the late 1990s, Chiarello decided last year at age 46 to step back into the rigors of a professional kitchen by opening Bottega, even though it had been about nine years since he last did so. Next fall, he’ll be bringing out a Bottega cookbook, too.

We chatted recently about why he dared to step back into the grueling restaurant ring, and of course, about how he felt about his portrayal on “Top Chef Masters.” 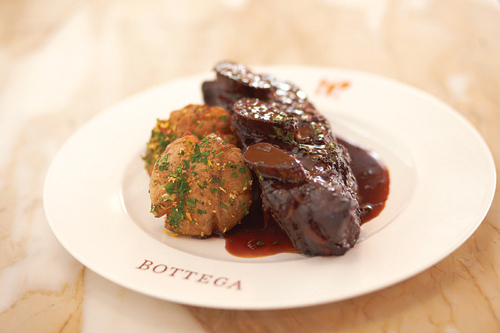 Q: So, tell the truth; were you happy with the way you were represented on “Top Chef Masters”?

A: (laughs) I was happy with all the shows but one. It was certainly reality TV. No arguing that. When you shoot for 18 hours, and have 46 minutes of screen time, you have a lot of leeway. I’m 47 now. I’m exacting at Bottega, but I’m not a screamer. That doesn’t mean you’re not cooking hard, and that you’re not specific about what you like.

For a guy who has been on TV so much, I don’t watch a lot of it. I had seen one or two “Top Chef” episodes, but I didn’t really watch the show. I had to have them send me tapes to see. I got plenty of calls from the chef community after that show. They were like, ‘I hope that never happens to me!’

Q: I have to say, though, that it was refreshing that “Top Chef Masters” had none of the back-stabbing and sabotage of the regular “Top Chefs” show. Do you attribute that to the greater experience and maturity that you and the other master chefs have?

A: To be honest, I can’t say it’s necessarily a generational thing. They’re casting for a show for reality TV. It’s a producer’s job to create enough intrigue to keep you coming back to see what happens next week. What shocked them was that the public really found it refreshing to see the camaraderie and professionalism. Where I came from, there wasn’t back-stabbing in the kitchen. You were there to learn a style of cooking, and you enjoyed the camaraderie brought on by creating a single vision together.

I’m also friends with 18 of the 24 chefs who were on the show. I’ve known Rick Bayless for 20 years. He cooked a sweet-16 dinner for my daughter. I’ve known Hubert Keller even longer. He’s cooked date nights for my wife and I. And I’ve known Jonathan Waxman since I was 19.

Q: Which of your “Top Chef Masters” competitors would you most want to cook with regularly?

A: I adore Jonathan Waxman. Lachlin MacKinnon-Patterson is extraordinary. Cindy Pawlcyn, I’ve cooked with before. She’s fantastic. Rick Moonen would have sidelined me if he had finished that “Quick Fire Challenge.”

If I had to pick one? Probably Lachlan because he does Italian, or Jonathan.

Q: Would you do the show again?

A: I would do it again, now that I know what it is. I’d be a little more careful, though.

Q: What made you decide to go back to being a restaurant chef after being away from it so long?

A: I love it. I don’t think I’ve been happier in years. It’s great to be able to throw a party every day. You don’t get that on TV. There, you are cooking alone.

I once woke up with a nightmare that I’d got hit by a bus and died. My daughters know me as a chef, but my son does not. He only knows me as a CEO of a company. I woke up in a cold sweat. I pictured him at school, saying ‘My Dad got hit by a bus. He died. He was a CEO.’ On my gravestone, I want it to read, “Here lies a man who loved to cook.”

Q: What’s the hardest part about running a restaurant now, as opposed to 20 years ago?

A: It was hard then, too. Now, I’m very conscious of trying to find a balance as a husband and parent. My son called me at 6:30 p.m. last night at the restaurant, asking if I’m busy. He wanted me to come home early. So I got home by 8:30 p.m. We had a late supper, and I put him to bed. When your job is to cook everybody else’s dinner, you cherish coming home to cook it for your own family.

Q: What do you like to eat when you’re not at your restaurant?

A: What someone else is cooking. (laughs)

I love Mexican food. As a chef, you eat standing up a lot. I love street food of the world. It’s so honest.

Q: Chefs always lament that people are too intimidated to invite them over for dinner. Do you get a lot of dinner invitations?

A: When I was dating my wife, she would say, ‘You’re a real nice guy, you have manners, you seem like a good person…but something must be wrong because nobody invites us to dinner ever.’

Now, we usually get together with people in the industry or my crew. We still don’t get a lot of invitations by other people. But it’s getting better. 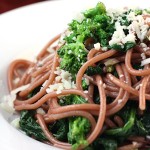 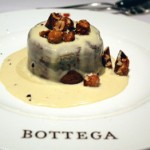 And: My Dinner at Bottega