It was an unbelievable standing room-only crowd a couple of Saturday afternoons ago at Macy’s Union Square San Francisco, when I did my first cooking demo ever.

Chef Earl Shaddix of All-Clad was on hand to act as host and assistant, when I demonstrated how to make my late-Mom’s one and only tomato beef chow mein.

The event was crazy fun. It was a blast. And it was downright exhausting. I was so pooped that I joked to some of my cookbook-author friends afterward that I don’t know how they do these all the time without keeling over.

The day was a total whirlwind. The event started at 2 p.m., but I got there two hours earlier in order to make two batches of the dish ahead of time to ensure there was plenty for samples and to prep for the third batch, which I would make in front of the audience. From the second I got there, it was non-stop chopping, peeling, stirring and talking — until I finally left the store at 4 p.m. to go back home. Whew!

There were a few unexpected surprises: Macy’s had only olive oil in its otherwise well-stocked kitchen, rather than the vegetable, peanut or canola oil I normally use in this Chinese dish. And my requested can of stewed tomatoes was accidentally replaced by crushed tomatoes. No matter, we made it all work just fine. 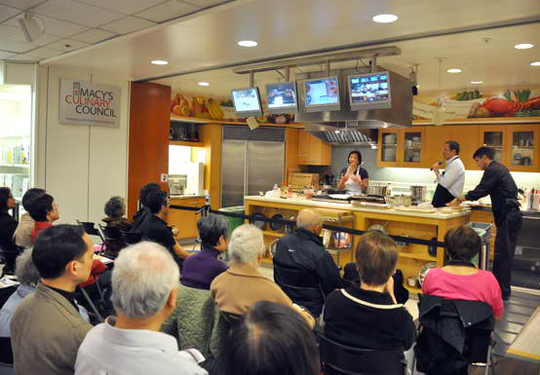 Since my hands were otherwise occupied, I couldn’t take any photos. But Macy’s regulars, Barry and Eva Jan, who attend every demo and photograph each one just for fun, were kind enough to send me the images you see here. My husband, aka Meat Boy, also videotaped the demo. It’s the first time he’s ever taped anything, too. Look for video snippets to be posted  in the near future.

A huge thanks to everyone who made my inaugural demo so enjoyable and memorable. 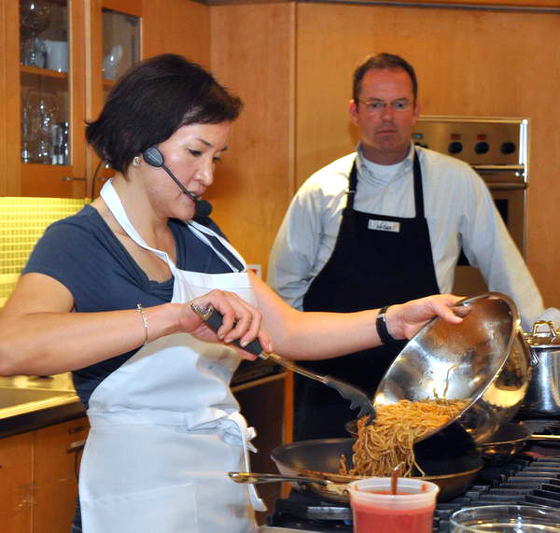 After boiling and seasoning the fresh Chinese egg noodles, I start to crisp them. 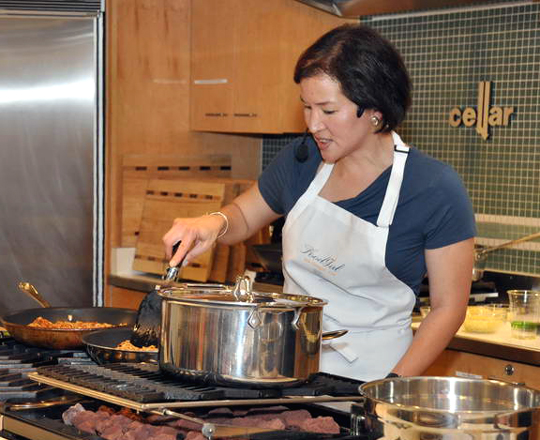 The noodles are divided into two saute pans to crisp them up more efficiently. 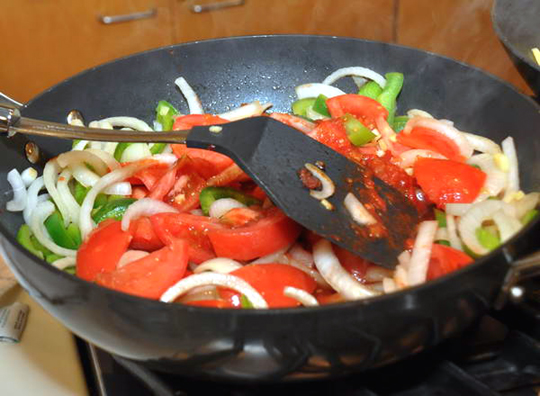 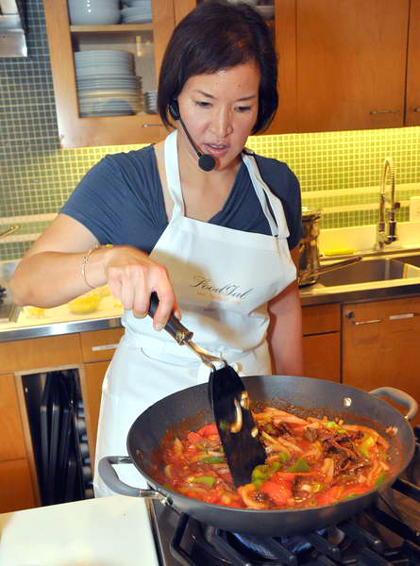 Next, the stewed tomatoes are added (or crushed tomatoes in this case) to help create a velvety sauce. The seared flank steak is also added. 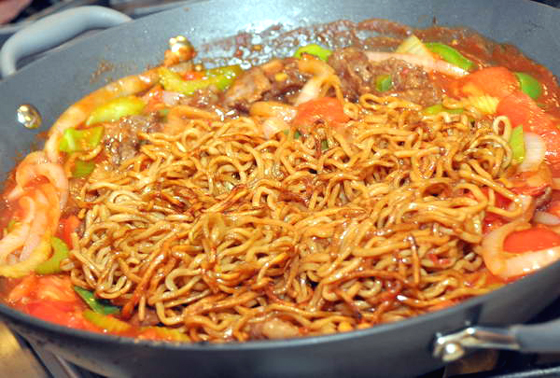 After the noodles go in, serve immediately to enjoy their crisp texture before they soften too much in the thick sauce. 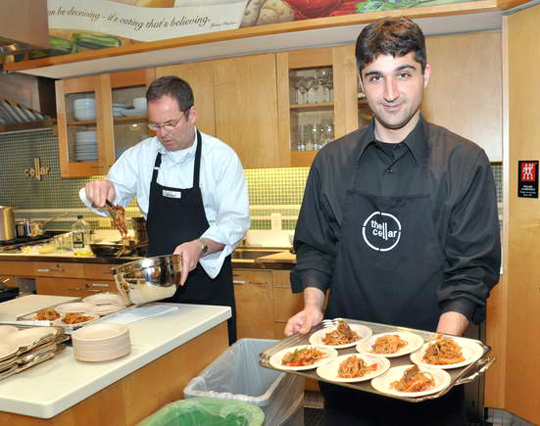 Samples are passed out to the crowd. 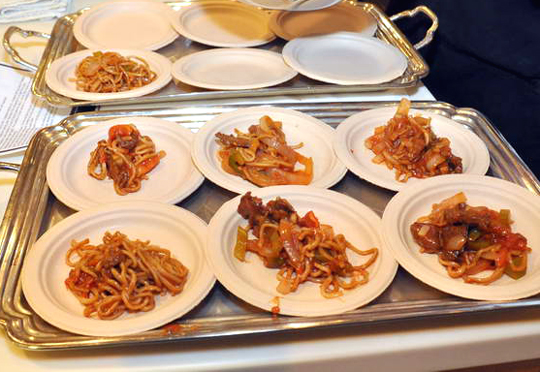 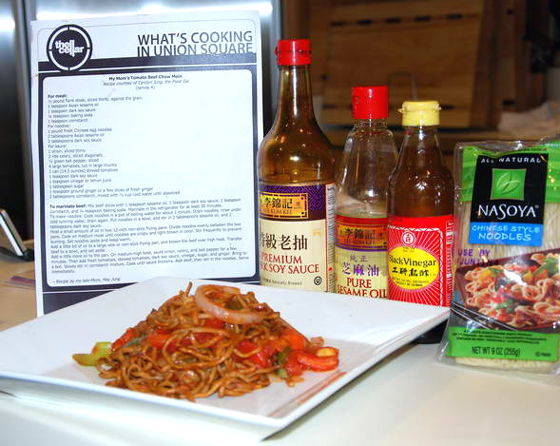 The glamour shot of tomato beef chow mein with some of the ingredients that went into the dish.

More: The Recipe for My Mom’s Tomato Beef Chow Mein