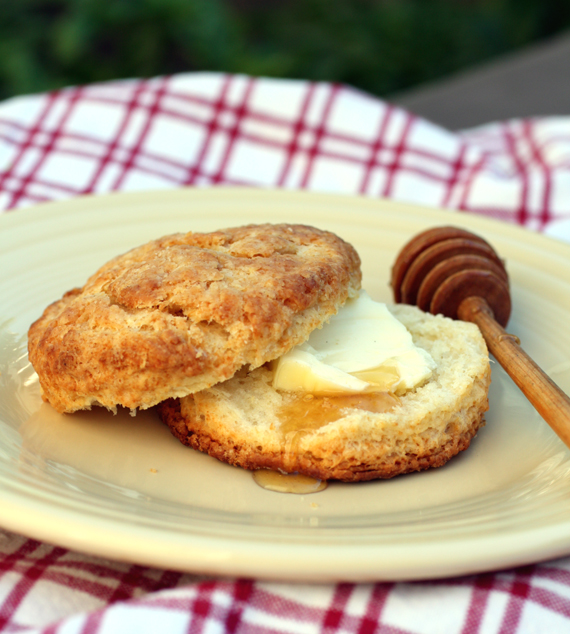 When flipping through a new cookbook, you spy a recipe called “Ginormous Biscuits.” You’re going to stop in your tracks completely breathless, aren’t you?

I mean, who wouldn’t with that temptress of a name?

The folks behind the new cookbook, “Tupelo Honey Cafe” (Andrews McMeel), sure knew what they were doing when they coined that name for these bountiful butter behemoths.

The book, of which I recently received a review copy, was written by Southern writer, Elizabeth Sims, and Brian Sonoskus, executive chef of the Tupelo Honey Cafe, which opened in downtown Asheville, NC in 2000 and now has a second location on the south side of the city.

I actually had the pleasure of dining at that adorable downtown cafe years ago, while touring the South after attending a journalism conference. Asheville is a thoroughly charming city. Like so many college towns,  (it’s home to the University of North Carolina at Asheville), it is imbued with youthful energy, culture and artistic spirit. It’s also got one of the best self-guided walking tours around with iconic sculptures marking each significant landmark. One of the most famous ones is the restored boarding house that was run by the mother of American literary giant, Thomas Wolfe, where you can sidle up to his bronzed size 13 shoes at the entrance.

After working up an appetite from all that walking, head to the popular Tupelo Honey Cafe for down-home Southern fare made with seasonal ingredients from Sonoskus’ farm, Sunshot Farm.

But, of course, it was the biscuits that I was after.

The dough is made with bread flour, leaveners, sour cream, buttermilk and butter that’s frozen, then grated into the dry ingredients.

You’ll have barely enough dough for six big biscuits. You will have to re-roll the dough after cutting, probably two times and possibly form the very last biscuit into a disk with just your fingers. But it can be done. Whatever you do, try not to work the dough too much or else you’ll end up with tough biscuits that won’t rise very high.

Just before the biscuits are done, pull them from the oven to brush them with melted butter. Then, return them to the oven for about 5 more minutes. The result is gorgeous deep brown biscuit tops that are crisp, then give way to tender, crumbly interiors for the best of all textures.

The biscuits are quite buttery all on their own. But feel free to smear cut halves with even more butter. Or just a drizzle of honey.

However you enjoy them, do give them your undivided time. After all, these aren’t biscuits that you eat mindlessly. These are biscuits that command your full attention.

But when they’re called “Ginormous Biscuits,” you wouldn’t expect anything less, would you?

Preheat oven to 450 degrees. Combine flour, baking powder, baking soda, sour cream, and salt in a large bowl. With a cheese grater, grate frozen butter using the largest holes; quickly cut the butter into the flour mixture and stir just until combined. Do not overmix.

On a floured surface, turn out the dough and roll out to a 1-inch thickness. Using a 3-inch biscuit cutter, cut biscuits and place on a rimmed sheet pan. Cook on the top rack of the oven for about 20 minutes, or until light brown, and remove from the oven. Brush melted butter on top of each biscuit and return to the oven for about 5 minutes longer, or until the biscuits are golden brown. 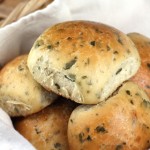 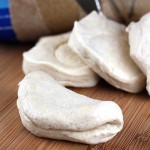 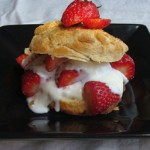 Plus: Guilt-Free (Or Almost) Strawberry Shortcakes 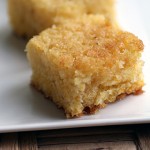