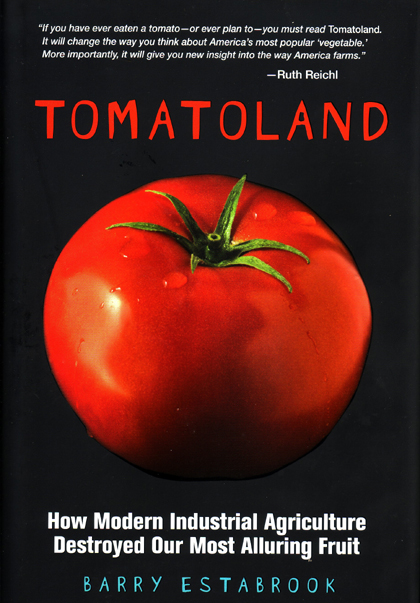 If you’ve ever eaten a tomato, “Tomatoland” (Andrews McMeel), is an absolute must-read.

What Eric Schlosser’s book, “Fast Food Nation” (Harper Perennial), did to unveil the dark side of the cheap, drive-through burgers Americans can’t get enough of, James Beard Award-winning writer Barry Estabrook does the same to modern industrial agribusiness that has reaped the profits from creating tomatoes that are tasteless, less nutritious, 14 times higher in sodium, and inexplicably available year-round in supermarkets nationwide. 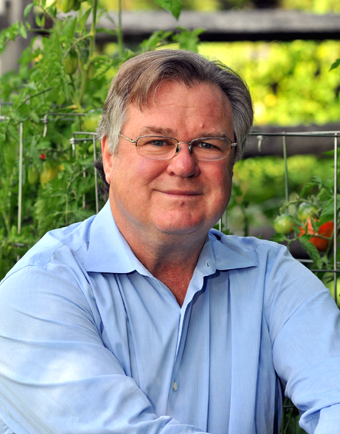 You’ll learn that Florida may grow one-third of all tomatoes in the United States, yet its climate is highly unsuitable for that crop. Its sandy soil possesses little nutrients, requiring the need for chemical fertilizers. Its humid, torrid temperatures foster fungal diseases and insects, necessitating hundreds of herbicides and pesticides. And the largely Hispanic migrants who pick the tomatoes work in dangerous conditions, and in some cases, treated little better than modern-day slaves.

Estabrook first popped the lid on the horrendous conditions some tomato pickers face in an investigative piece he wrote two years ago when he was a former contributing editor to Gourmet magazine.

This book will shock you and anger you. It also will leave you a wiser, choosier consumer more aware of the very real economic, social, and environmental consequences your everyday purchases can have. 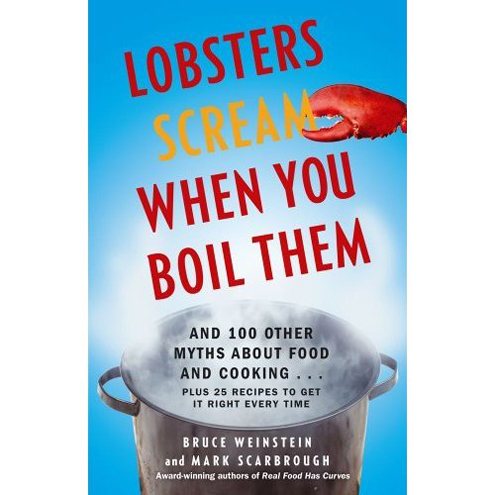 “Lobsters Scream When You Boil Them”

Among the most prolific cookbook writers around, Bruce Weinstein and Mark Scarbrough, are at it again. While their latest book does have 25 recipes, it’s not a standard cookbook per se.

Instead, “Lobsters Scream When You Boil Them” (Gallery Books) is more a reference-style book, albeit one that Laurel and Hardy might have written.

The duo, whom I’m proud to call friends, debunks 100 culinary myths, many of which we’ve come to think of mistakenly as truisms.

Are foods prepared at home safer than food prepared in a restaurant? Uh, not quite, according to Weinstein and Scarbrough. In fact, more people get sick from food at home than from meals at restaurants.

At high altitudes, should you increase the stated oven temperature by 25 degrees? Nope. Temperatures are not affected by altitude, say Weinstein and Scarbrough. But at higher elevations, everything in the oven dries out faster. If you were to raise the temperature of the oven, you’d be worsening the problem. Instead, add more moisture to recipes for baking and roasting, and make adjustments in the leavening amount for baked goods.

Does alcohol destroy brain cells? Nyet. “If it were true, almost every novelist would have quit producing work in their early thirties. Faulkner? Nothing after ‘The Sound and the Fury.’ Fitzgerald? Nothing after ‘The Great Gatsby.’ Tennessee Williams? Nothing ever,” they write, amusingly.

You’ll be in stitches as you soak up the knowledge they impart. 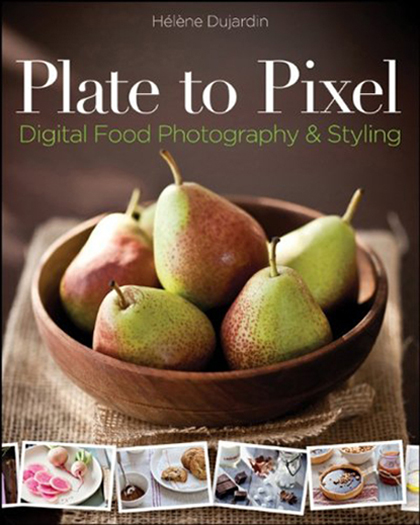 If you’re a newbie food blogger or love taking photos of what you eat to show off to friends, “Plate to Pixel” (Wiley) will be an invaluable tool.

Helene Dujardin, a former professional pastry chef-turned-photographer and stylist, is the creator of the lovely blog, Tartelette. The casual, inviting and utterly luminous look of her photos have inspired countless food bloggers to aspire to creating their own images in that vein.

In this book, Dujardin teaches the basics of how to get the most out of your camera, how to work with umbrella diffusers and reflectors, and how to style and coordinate props for your food dishes. And she does all that in a thoroughly accessible and understandable way.

For a more extensive review of this book, please go to ProjectFoodie.com. 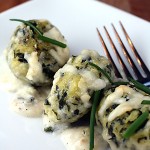 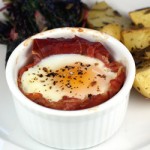 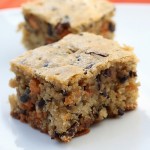 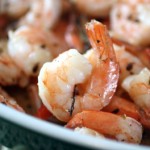