When the economy took a nosedive, Chef-Owner Dan Scherotter of Palio d’Asti in San Francisco’s Financial District did something quite clever.

Seeing his once-bustling lunch crowd diminish as nearby offices closed or laid off employees, he revamped the pricing of the dinner menu in hopes of enticing more diners in at that later hour.

The once a la carte dinner menu became completely prix fixe two years ago with quite reasonable prices. Two courses are $31, three courses are $39 and four courses are $45. Indeed, as Scherotter explains, unless you come in just for a salad at the noon-hour, dinner is actually more of a bargain than lunch.

With gluten-free such a craze now, he’s also spot-lighting wheat-free dishes on the menu, including polenta with a choice of five different toppings and tagliatelle made entirely with buckwheat.

The new pricing seems to be drawing folks in, as evidenced by a recent Thursday night when I was invited in a guest of the restaurant. When I arrived, the bar was abuzz with a large, boisterous after-work crowd sipping wine and cocktails. There also was a private party in the rear dining room. 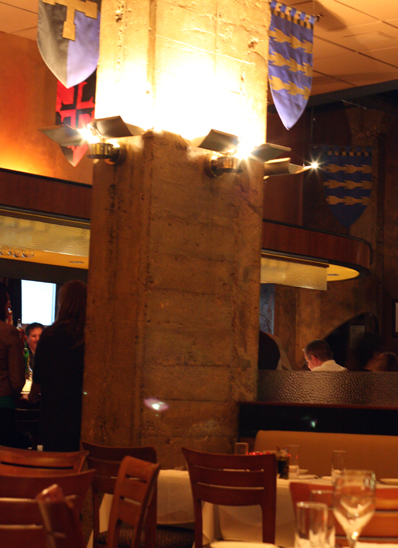 The menu is large, though, some dishes are decidedly stronger than others. The pastas, made in-house, are definitely the high point.

Although my friend and I decided to go with four courses each, the chef sent out a few extras.

Two types of Acme bread are brought to the table, along with a sampler of pickled veggies that included green beans and fennel, which was a nice touch. 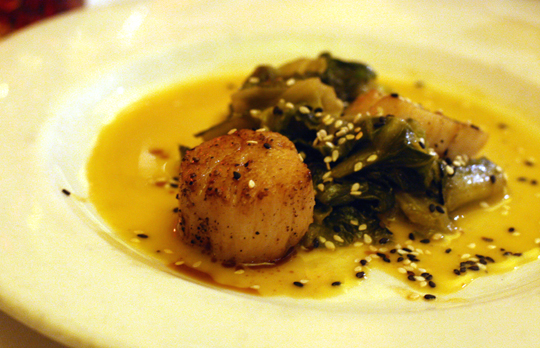 We started with the day boat scallops with braised escarole, toasted sesame seeds and “Sicilian caviar,” which apparently is bottarga (the dried, salted roe of gray mullet or tuna). The scallops were sweet, tender and dressed up with a shower of black and white sesame seeds. But there was a sandiness that detracted from the dish.

Fried calamari arrived hot and crisp with an airy batter and a velvety pool of roasted red pepper sauce underneath to dip in.

The linguini with Dungeness crab is one of the most popular dishes, with about 50 orders for it every lunch day, according to our server. It’s easy to see why. It’s a tangle of very thin linguini in a lusty San Marzano tomato sauce with sweet crab meat, and a touch of Calabrese chilies. 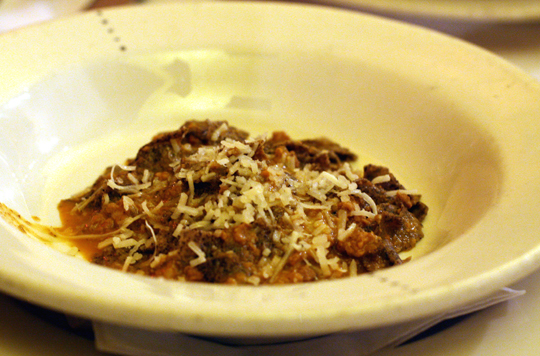 The buckwheat tagliatelle arrived looking like the pasta equivalent of a chopped salad. Instead of long strands, the tagliatelle was in half-inch pieces and mixed with a traditional bolognese. Because the pasta is made entirely of buckwheat, Chef Scherotter explained, there is no gluten, so it breaks apart when cooked. The pasta is the color of blue corn tortillas and the  flavor is very earthy. It might not satisfy quite like wheat pasta would, but for those who are gluten-intolerant, it’s a nice option to have.

Pumpkin ravioli tasted of autumn with its crunchy, sweet topping of Amaretti crumbs. Brussels sprouts cooked in sage brown butter balanced the dish so that it never ventured into dessert territory. 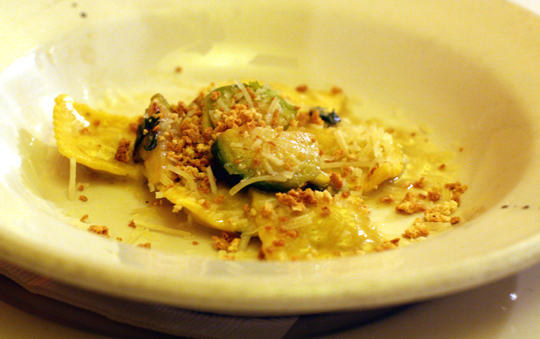 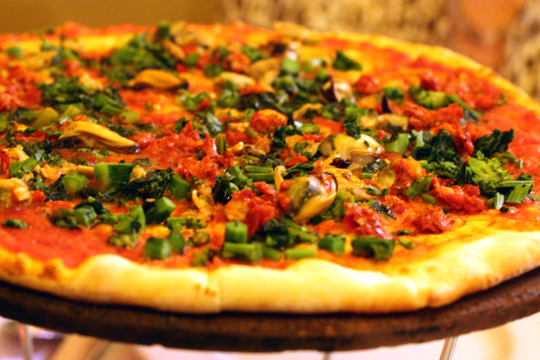 Pizzas can count as one of your courses here. We chose the Pugliese, a cheese-less pizza with broccoli rabe, tomato sauce, and shelled baby clams and mussels. The menu describes it as a “spicy red pizza.” But that didn’t prepare us for what was the spiciest pizza we’d ever eaten in our lives. I’m talking so spicy that you feel the burn all the way down your esophagus after one bite. For us, it was a bit much, especially because you couldn’t really taste the seafood. We ended up scraping a lot of the chunks of dried red pepper off the thin crust.

We opted to get our corn and buckwheat polenta topped with truffle, wood-roasted and red wine-braised wild mushrooms. The polenta was creamy and satisfying, though I wish there had been a wider mix of mushrooms, rather than just primarily shiitakes and cremini. 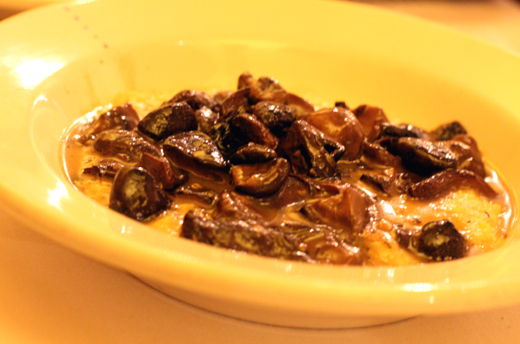 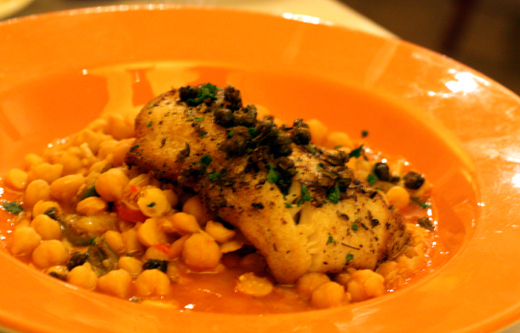 The wild fennel crusted black cod was flaky and moist with an assertive anise flavor. It arrived on a bed of tender chickpeas strewn with Castelvetrano olives and fried capers. 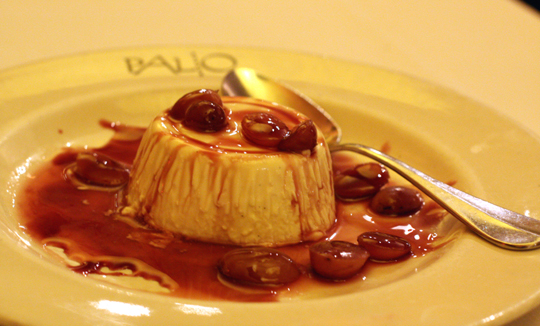 The finale was a wonderful panna cotta made with buttermilk and brown sugar. It came garnished with roasted red grapes and a Pinot Noir syrup, giving it the warming flavors of mulled wine. 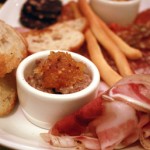 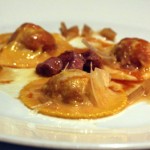 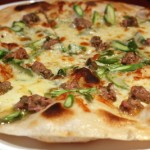 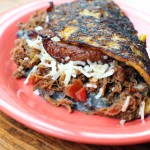