The Good Life at LYFE Kitchen in Palo Alto 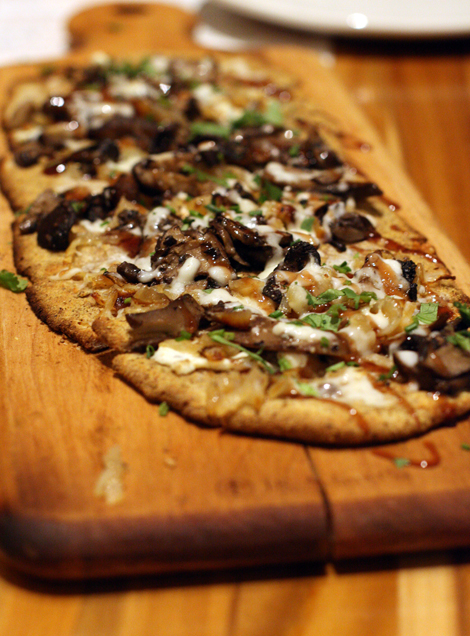 After seconds, thirds, perhaps even fourths on Thanksgiving, you’re probably in need of a less indulgent meal that does a body good.

Look no further than the new LYFE Kitchen in downtown Palo Alto, which opened in October.

LYFE (Love Your Food Everyday) serves up healthful food made with no butter, cream or GMOs. No dish is more than 600 calories and all are less than 1,000 mg in sodium.

The food may be lean, but it’s not mean. Not when it was created by James Beard Award-winning Chef Art Smith, a former personal chef to Oprah Winfrey; and Chef Tal Ronnen, an expert in vegan and vegetarian cooking. It’s healthful fare that never tastes too virtuous or leaves you wanting.

The project is a collaboration by Founder Stephen Sidwell, an investment banker; CEO Mark Roberts, formal global president and COO for McDonald’s; and CCO Mike Donohue, former chief communications and external relations officer for McDonald’s. They wanted to show that fast-casual food doesn’t have to be bad for you. Indeed, if the concept proves popular, they hope to open more LYFE locations.

If the crowd last week when I was invited in as a guest of the restaurant is any indication, LYFE appears to be a hit. There’s even an herb garden wall just inside the entrance that supplies fresh chervil, spearmint, lemon balm, chives, basil and marjoram to the restaurant.

The restaurant is open for breakfast, lunch and dinner. The calorie count and sodium level is listed for each dish. There’s also a variety of vegan-friendly options, as well as a selection of California wines on tap. And the highest-priced dish is only $11.99.

Order at the counter, then find a table. You’ll get a geolocation device to put on your table so a server can find you to deliver your food. It may be fast-casual, but you don’t have to pick up your food at the counter or bus your table when you’re done. Moreover, LYFE goes the extra effort to serve the food quite attractively on contemporary plateware, as well as with real cutlery and glassware. No plastic baskets or paper cups here.

Whatever you do, start with a refreshing “Cucumber-Mint Cooler” ($2.99). It’s like spa water, but muddled with cucumber pulp to give it more flavor and body. 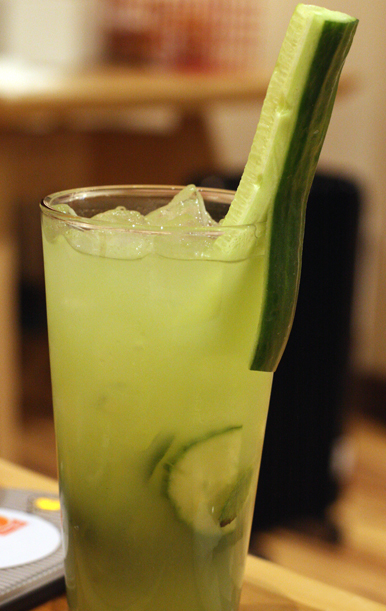 Sweet corn chowder ($3.99) gets its creamy body from cashew cream. It’s redolent of corn flavor, but lighter in body than the traditional version made with heavy cream. A garnish of of multigrain croutons adds a nice crunch. 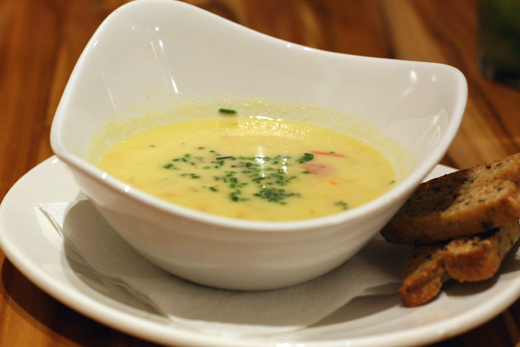 LYFE offers three different flatbreads, each made with a hearty crust of whole wheat and flax seed. The “Roasted Mushroom & Goat Cheese” one ($7.99) is outstanding. Its crisp, thin crust gives way to creamy, tangy goat cheese and a drizzle of pomegranate balsamic that really adds pop.

Cashew cream is used again in the Caesar salad with egg-less dressing ($6.49). Crisp romaine leaves, cucumbers and cherry tomatoes get tossed in the creamy dressing. You don’t miss the egg, though, I did miss the anchovies. But that’s just me. 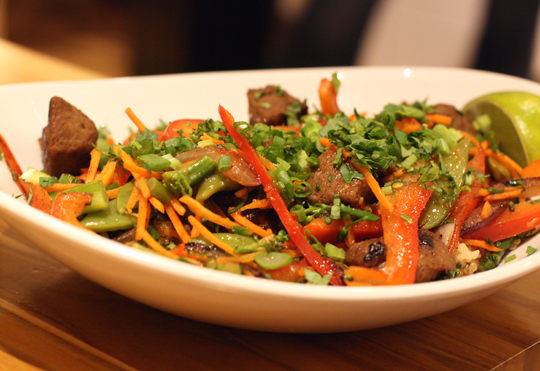 Among the entrees, “Art’s Unfried Chicken” ($11.99) has proven the most popular. It’s easy to see why. An extremely moist and juicy chicken breast is breaded, then baked till golden. It won’t ever be mistaken for full-on, deep-fried chicken. But it’s not supposed to. It’s satisfying all on its own. With perfectly cooked butternut squash and Brussels sprouts alongside, it’s a true comfort dish.

“Tal’s Ancient Grain Bowl” ($11.99) is a beautiful mix of quinoa and whole-grain farro with crisp-tender veggies. Stir-fried “Gardein’ ” adds protein. It’s LYFE’s answer to a meat substitute, a proprietary blend of vegetables, soy and ancient grains. The texture is sturdy yet spongy, and rather pleasantly mushroom-like. “Gardein’ ” can be substituted in many of the dishes for a vegetarian alternative.

Desserts taste decadent, even though they weigh in at only about 300 calories or so per serving. The chocolate volcano cake ($3.99) is sure to satisfy any chocoholic with its tender crumb and drizzle of dark chocolate glaze. 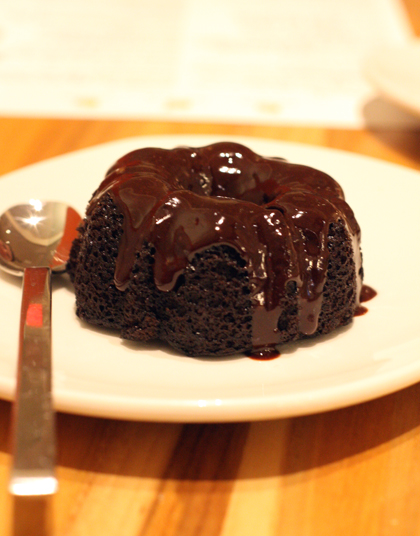 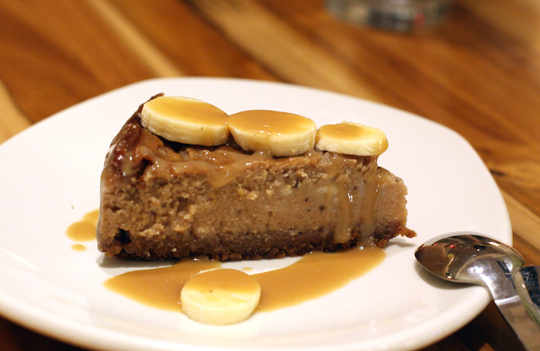 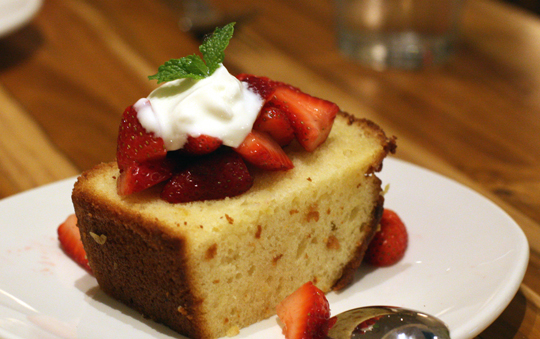 The vegan banana-rum cheesecake ($3.99) tastes of the tropics. It’s super creamy, with a pecan crust and a caramel rum sauce over the top.

Lemon pound cake ($3.99) is quite moist, with a dollop of Greek yogurt and sliced fruit over the top.

When it comes to eating more healthful, our words often outweigh our actions. With the debut of LYFE, we can now walk the talk more conveniently and deliciously. 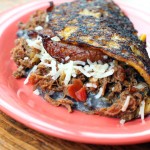