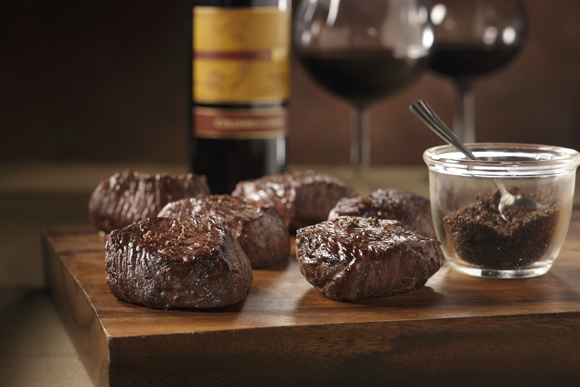 Then, you’ve come to the right place.

Wouldn’t you love to sink your teeth into a meltingly tender Wagyu sirloin from Snake River Farms? Yeah, that’s what I’m talkin’ about — deeply marbled American beef that’s like buttah.

You can. Here’s how:

Entries, limited to those in the continental United States, will be accepted through midnight PST Dec. 17. Winner will be announced Dec. 19. How’s that for a holiday present?

Tell me about one of your most favorite times eating steak. Most memorable answer wins.

“Would you believe that one of my most cherished steak memories involves Sizzler? The steaks at that chain might not have anything on Wagyu. But when you’re a kid, you don’t care. I sure didn’t. All I knew was that it was such a treat to tag along with my parents on a weekend outing  to the local Sizzler’s. I felt so grown-up as my Dad let me order for myself. Always a filet mignon because they were small enough for me to manage.  I’d scurry down the line with my tray  to pick up my salad in that cheesy laminated wooden bowl (before the days of the salad bar) with my choice of dressing — always the vinaigrette. And of course, there was the baked potato — all fluffy and buttery. It was simple. It wasn’t gourmet. But back then, it was magical.” 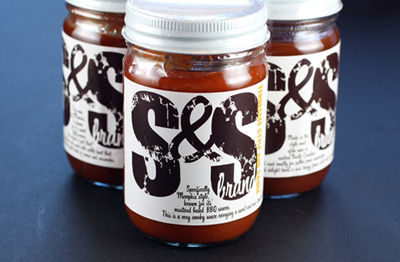 Winners of the Two Previous Contests: In last week’s first contest, I asked you to tell me how you are spunky or sassy. Best answer wins an S&S Brand Combo pack, filled with three spunky barbecue sauces and six sassy rubs.

Natalie, who wrote, “There are 2 things LA is known for: being expensive and providing a haven for artists, dreamers, lost souls, and eccentrics of all shapes and sizes. Having the latter down pat, Hollywood was the clear and only choice to call my new home. Upon arriving, I knew I needed to find a job asap, but being a musician doesn’t necessarily ‘bring home the bacon’ steadily and when you do get a gig, its more like celery or saltines that you’re bringing home rather than crispy, fatty, oh so indulgent bacon. So naturally I decided to work as an extra and audience member for some extra cash, basically because I abhor the idea of having a ‘normal job.’ OK, now for the sassy part of the story. I was in the audience for ‘Lets Make A Deal,’ hosted by Wayne Brady. They paid $8 an hour for you to dress up in a ridiculous costume and sit there and watch people make fools of themselves and contemplate suicide as they unluckily swapped their newly won car for a mule. Half of the audience was paid and half acquired tickets from a website, making them eligible to become contestants if Mr. Brady fancied their costume. I dressed as a milk maid and sat in the back, happy I would be receiving $48 for doing nothing. Then something unimaginable happened; Wayne Brady picked me to be the next contestant (can you say, ‘new bedroom set!’)! They cut to break and we both walked to the stage. As Wayne was explaining to me how things worked, one of the producer’s assistants came up to us and told us I was not allowed to be a contestant because I was working as an extra. I tried to bargain and say I would give back the extra money in exchange for a chance to play, but he unflinchingly shot me down. I angrily went back to my seat. They picked another participant and started rolling again. Still heated, I decided take my rage out via the camera. I proudly lifted my middle finger up and aimed it right to the camera. I didn’t think anyone would actually notice, since I was all the way in the back. As the contestant was about to start playing, the producer yelled ‘cut’ and the cameras stopped rolling. Two large security guards then signaled for me to come with them. I was then escorted out and one of the producer’s assistants came up to me and told me, ‘You know the camera can see you. You can’t just give the bird on national television. This is a family show.’ I told him some not so nice things and needless to say, I am now and forevermore banned and blacklisted from Lets Make A Deal (ironically, for trying to make a deal). I guess they couldn’t handle the sass from a spunky milkmaid.” 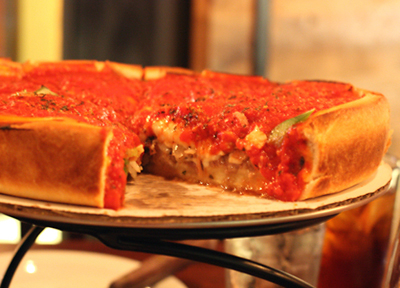 In last week’s second contest, I asked you to tell me what stuff you could never throw out or be without. Best answer wins a Paxti’s gift card good for one 14-inch stuffed crust pizza with two toppings to-go. The gift card, a value of $25, is redeemable at any Paxti’s Bay Area locations.

Quyen, who wrote, “Rubber bands from the bundling of vegetables, green onions, or newspaper. When I was younger, we used these rubber bands to make toys like jumping ropes, slings, balls, etc. These homemade toys were such an important part of our childhood so that the kid who had the longer ropes usually became the most popular at the playground. Of course, I don’t play these toys anymore; but my sense of joy and pride swell whenever i look at my growing rubber band collection. Occasionally, I use the rubber bands to make cutie sauce bags; but, I can never throw them out.”