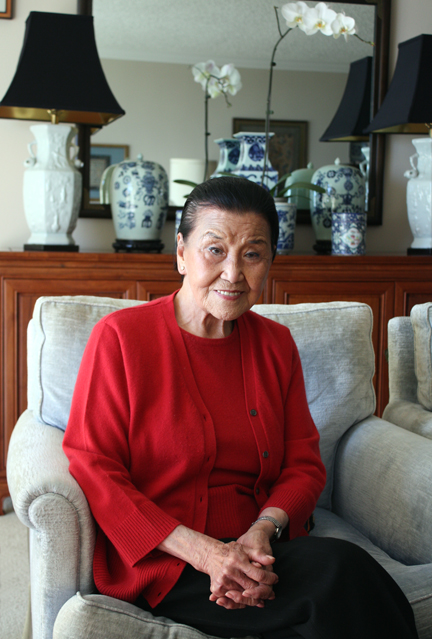 She has been called the Chinese Julia Child.

As Child is credited with introducing authentic French cuisine to Americans, Cecilia Chiang has done the same for Chinese food in this country.

At a time when Chinese restaurants were all run by men and serving gloppy chop suey, egg foo young and other so-called Cantonese specialties, Chiang — who had never owned a business before — dared to open the elegant Mandarin restaurant in San Francisco in 1961 to cook up the real flavors of her native Shanghai. Ethereal dumplings, spicy Sichuan shrimp, kung pao chicken, tea-smoked duck and minced squab in lettuce cups were novelties in the Bay Area then, but soon after became staples at Chinese restaurants trying to capitalize on Chiang’s runaway success.

The Mandarin closed in 2006, but not before becoming a culinary legend beloved by locals and such glitterati as Child, Alice Waters, Jeremiah Tower, John Lennon and Jackie Onassis.

At 92, Chiang still cuts an elegant figure with remarkable energy. She still travels to China annually with friends like Waters; remains a mentor to young Asian-American chefs such as Corey Lee at San Francisco’s Benu; dines at Betelnut in San Francisco regularly, wheres she was the opening consulting chef; cooks dinner parties at her penthouse abode in San Francisco; and only stopped driving a year and a half ago, when she got a speeding ticket and her license was taken away.

Recently, I had a chance to meet this amazing woman for the first time for a profile story for Food Arts magazine.

When I marveled at her stamina, she replied with a smile, “I never get tired. And I am interested in so many things. I love to cook, garden, and see movies. Just keep yourself busy — that’s the secret. I never take naps. I eat three meals a day, and I always eat well.”

If food is truly the fountain of youth, then you could hardly do better than to whip up a couple dishes from her classic, “The Seventh Daughter” (Ten Speed Press), a cookbook memoir she wrote in 2007. There’s no better time, too, what with Sunday marking the first day of the Lunar New Year. The slightly spicy “Eggplant in Garlic Sauce” is perfect for what promises to be a fiery “Year of the Dragon.”

The recipe calls for Asian eggplants, but you can use whatever kind you get your hands on.

The eggplant is cut into batons, then steamed until tender. Whisk up a combination of soy sauce, Chinese black vinegar, garlic, ginger and chili oil to dress the eggplant. It’s super easy to make your own chili oil, too, if you don’t want to buy a bottle at the store. Serve this fast side dish at room temperature to really appreciate the bold flavors that the eggplant soaks up beautifully.

I can’t promise this dish will give you Chiang’s vigor. But I’ll definitely be making it again and again — just in case. 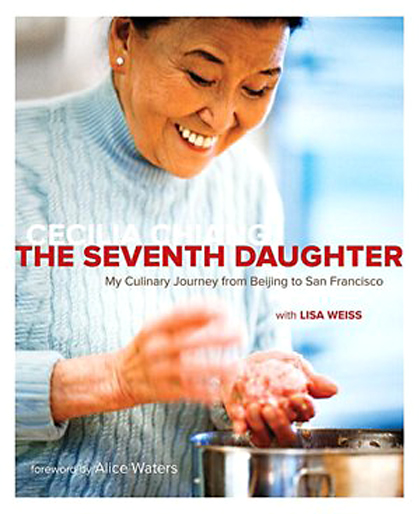 Trim eggplants. Cut them lengthwise in quarters and then again crosswise in 2- to 3-inch pieces.

Fill the bottom of a steamer with water, bring the water to a boil over high heat, and set the eggplant pieces on a steamer tier (they don’t need to be put on a plate first) over the boiling water. Cover and steam 4 minutes, or until soft when pressed with a chopstick. Set aside to cool to room temperature.

To make the dressing: Whisk soy sauce, chili oil, vinegar, ginger and garlic in a small bowl until combined.

To serve: Toss the room-temperature eggplant in half of the dressing and arrange it on a platter. Pour over the remaining dressing. Garnish with green onion.

3/4 cup peanut or corn oil (not canola, which is flavorless)

Heat the peanut or corn oil with sesame oil in a small, heavy saucepan over medium heat. After 3 or 4 minutes, or when oil registers 250 degrees on an instant-read thermometer, add 1/4 cup dried red pepper flakes.

Remove pan from heat (the flakes should be foaming slightly), stir, and cover. Let sit off the heat at room temperature for a couple of hours or overnight. Strain the oil through a fine-mesh sieve into a clean glass or plastic container, discard the red pepper flakes, and store in a cool, dark place.

Recipes from “The Seventh Daughter” by Cecilia Chiang with Lisa Weiss 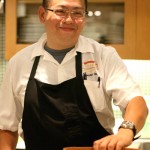 Chefs That Cecilia Chang Has Mentored: Chef Alexander Ong of Betelnut Doing a Demo at Macy’s 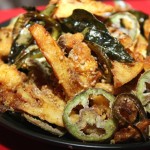 Plus: The Food of Betelnut 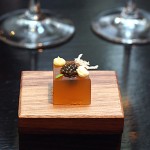