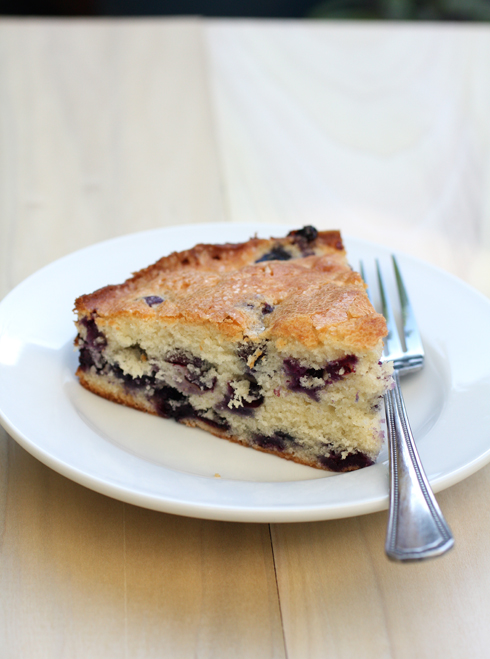 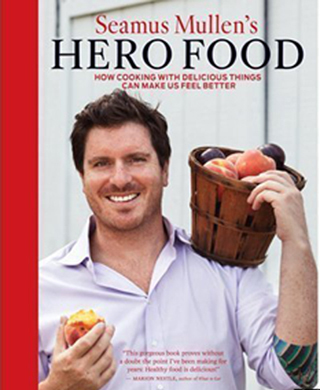 This is a super simple cake that’s almost like baking a giant blueberry muffin in a round cake pan. It’s tender and moist. The top of the batter gets sprinkled with sugar before baking. I used demerara sugar instead of regular granulated. With its larger crystals, it provided an especially nice crunchy top.

The directions call for whipping the egg whites until stiff peaks form. Mine never got quite to that stage, most likely because you’re also instructed to add 1/4 cup sugar at the start, a rather large quantity for two egg whites. I’m guessing the weight of so much sugar makes it difficult for the whites to ever get aerated enough to form stiff peaks. So, just beat them until they’re thick and opaque as I did, and you’ll be fine.

Mullen is now chef-owner of the Spanish gastropub, Tertulia in New York. I can’t speak to whether blueberries helped give him the strength to achieve that. But I will say this is one mighty fine cake that’s sure to make anyone feel a whole lot better after just one forkful. 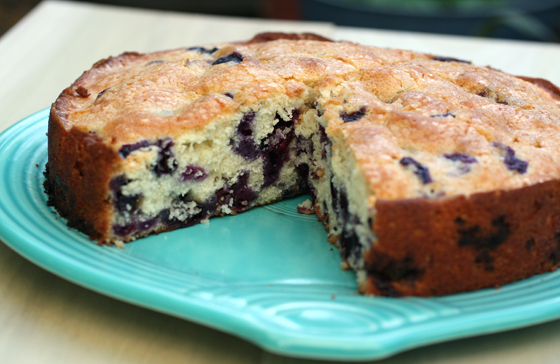 Preheat oven to 350 degrees. Butter a round 9-inch springform pan, line with a round of parchment paper, and butter the paper.

In a standing mixer, cream together the butter and 3/4 cup of the sugar. Add egg yolks, vanilla, and salt, and mix until creamy.

Sift the 1 1/2 cups flour and the baking powder together. Add the sifted flour and the milk to the butter mixture and gently combine.

Pour batter into the prepared pan and sprinkle the top with sugar. Bake for 50 minutes, or until a knife comes out clean. Serve with a whole lot of love, and maybe a dollop of whipped cream. 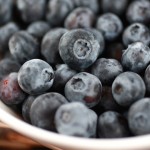 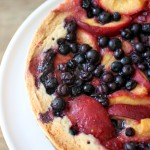 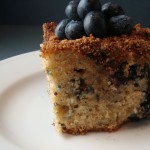