Take Five with Will Pacio, On His Journey from Stanford University to Per Se to the French Laundry and Finally to Spice Kit 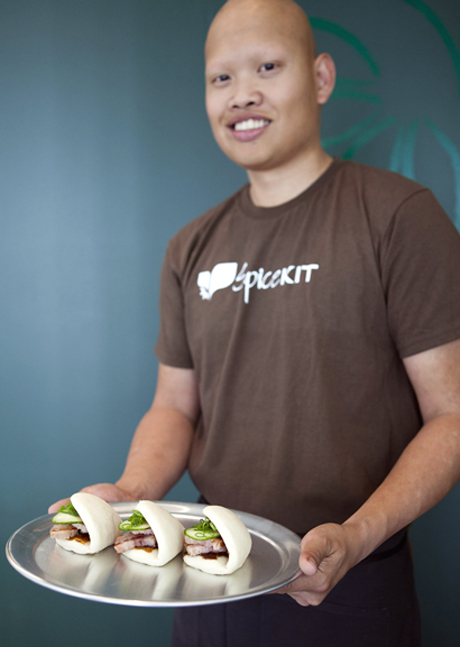 When Will Pacio was studying for his bachelor’s degree in psychology at Stanford University, little did he know he’d be returning to Palo Alto a decade later – not as a doctor, as he first imagined, but as a seasoned restaurateur who has since cooked for the likes of Thomas Keller.

The fact that Pacio used to doodle images of pork buns in his notebooks during his morning biology class, though, no doubt helped clue him into what his true passion was.

It’s a similar menu to his first Spice Kit, which opened two years ago in San Francisco. But the Palo Alto locale also features a kids’ menu and outstanding vegetarian buns stuffed with shiitakes, cucumbers and crushed peanuts.

Pacio, who worked at Keller’s Per Se in New York and French Laundry in Yountville, founded Spice Kit with business partner, Chef Fred Tang, formerly of the Dining Room at the Ritz-Carlton in San Francisco. 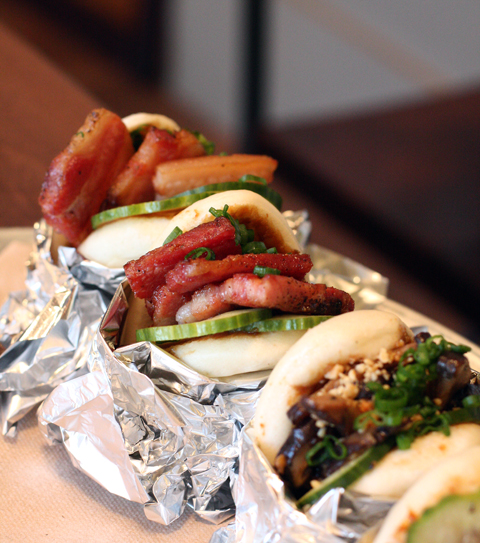 I had a chance to sit down with the 32-year-old Pacio to talk about how sheer tenacity landed him the job at Per Se, his nerve-wracking experience cooking for Keller for the first time, and what his doctor-father thought about him turning his back on med school.

A. It was a year after graduation, when I was working as a researcher at the Veteran’s Administration Hospital in Palo Alto and applying to medical schools. My roommate (Stephen Chau, another Stanford graduate, who went on to invent Street View at Google) was working at Goldman Sachs, so he was never home.

We lived behind the Menlo Park Left Bank restaurant. So, one day, I just knocked on the back door and asked Chef Christopher Floyd if I could work for free. The next thing I knew, I was working there for three months, 6 p.m. to 10 p.m., chopping lots and lots of onions. Probably 100 pounds at a time. I shucked a lot of oysters, too. Then, later, I was allowed to do plated desserts.

In college, we’d eat out a lot. In my junior year, nine friends and I went to the Fifth Floor in San Francisco. It was when Laurent Gras was still the chef. I think it was my first fine dining experience. It was the first time I had foie gras. We had no credit cards. So, I just remember this stack of $2,000 in bills sitting on the table afterward.

I had friends in New York, so I’d go visit them. I ate at Daniel and Blue Ribbon. All the money I was making was going to food and eating out. Soon, I started wondering how to make some of the things I was eating.

I’d already applied to the French Culinary Institute in New York when I told them. So, I told my parents I’d go to culinary school and then get an MBA. That’s how I sold it to them. But, of course, I never did get the MBA.

Q: How’d you go straight from culinary school to working with one of the best chefs in the world?

A: When I was 23, a friend scored a reservation at the French Laundry for six of us. Afterward, I was talking to Sommelier Bobby Stuckey and told him I was going to culinary school. He asked if I wanted to see the kitchen. Thomas wasn’t even there. Chef Jonathan Benno was. I introduced myself. I knew they were going to open Per Se, so I asked him if I could send a resume. I’m sure he was like, ‘Yeah, whatever…’

I went back to Left Bank to tell Chef Floyd about eating at the French Laundry. It turned out that Jonathan is one of his best friends. They’ve known each other since their days at the Culinary Institute of America. So, he said he’d put in a good word for me with Jonathan.

While I was in culinary school, I would call Jonathan Benno every week. He’d always say that his staff was full. Then, when I was just about to graduate, he called to hire me. I was the last guy hired for the opening team at Per Se and probably the only guy who had no professional experience. I think they figured that since I went to Stanford, I wasn’t going to burn the place down. (laughs)

Q: What was it like helping to launch such a high-profile restaurant in New York that every critic and foodie was dying to try?

A: The first time Chef Corey Lee met me, he said, ‘You work here?’ (laughs)

It was stressful and hard. I worked six to seven days a week, 14 hours each. It was brutal. I remember getting there at 5:30 a.m. I’d be getting on the subway to go to work and there were people who were still in clubbing clothes going home. 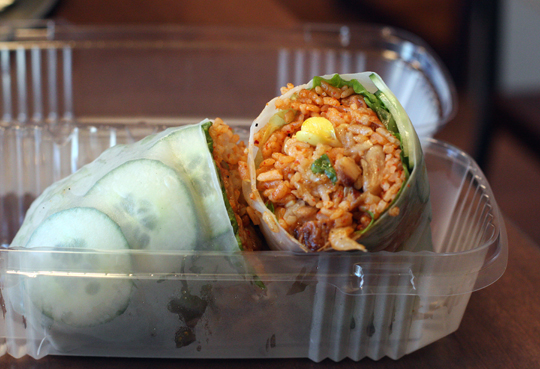 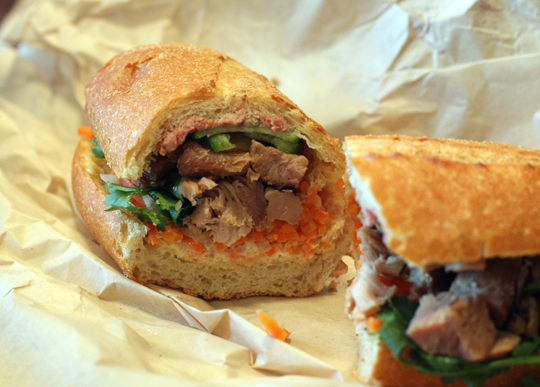 Q: Tell me about the first time you cooked for Keller.

A: It was my birthday, Jan. 28. Part of a commis’ job is to make the staff meal. We were getting all these great ingredients – the best beef, the best duck, you name it – and we’d cook with it and then use it for staff meal since we weren’t open yet.

When it was my turn to make the staff meal, I went to the walk-in and there was only cabbage and iceberg lettuce! There was no protein. And I had to cook for Thomas and Laura (Cunningham, Keller’s fiancée who used to oversee training of the front of the house staff), plus 30 staff members.

I came up with cream of cabbage soup. I’ve never been under such stress. When I finished cooking it, everyone was eating it, but I couldn’t. I was so nervous. I just thought, ‘I can’t believe Thomas is eating my soup!’

Q: Did they all love the soup?

A: I don’t think anyone hated it. But I think I saw Laura slink away before she finished it to probably go get takeout. I asked some other cooks later and they said the soup was under seasoned. 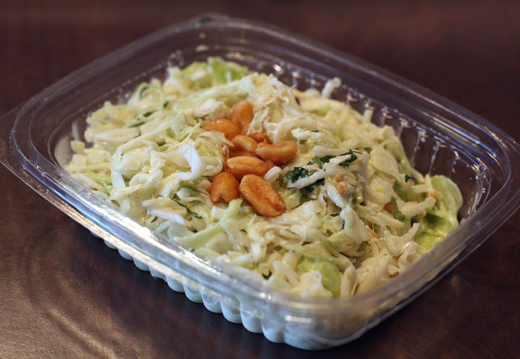 Q: You then went to work at the French Laundry a year later?

A: At a certain point, I realized I wanted to come back to California. I also realized I started late in my culinary career. I didn’t know if I’d ever make it to head chef at a really high fine-dining level. I wanted to transition out of fine-dining into the business side. The hours really made me think twice about it all. I wanted to have a life.

Q: And somehow you ended up as the IT manager for the entire Thomas Keller Restaurant Group?

A: I got a lot of crap from Corey and other chefs, who thought, ‘You went to Stanford? What are you doing here?’ (laughs)

But they figured I was decently smart and could handle a computer. They needed someone to standardize the recipes for all of the Thomas Keller properties, so I moved out to California to do that. They basically said, “We want to build out the IT department. You went to Stanford — you can do this, right?’

I flew to all the properties, put in human resources, accounting and private dining software. It made me finally understand what it took to run a restaurant. At that point, I thought only the food was important. I thought, ‘What does the front of the house even get paid to actually do?’

I had taken an intro computer science course my freshman year, but didn’t love programming.  I think my IT gig was credited mainly to the fact that chefs are very technology-adverse. But I was very comfortable with computers, and knew not only how to cook, but cook under their system. I’m sure there are a million other IT people out there who would have been much more suited to take on the IT role. But in the Keller-verse, it’s more important to have an understanding of the end product and culture. 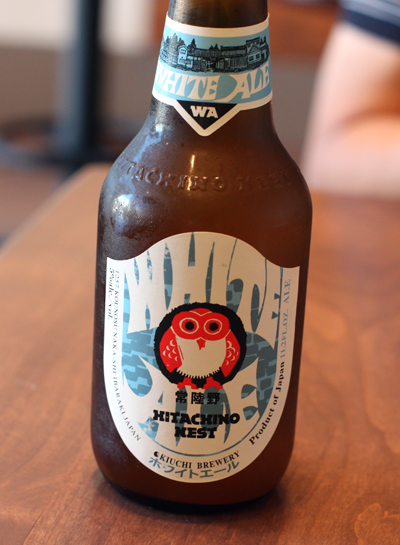 Q: Did you have any particular memorable moments when you were at the French Laundry?

A: One time, Thomas had to give a speech in Los Angeles, and asked me if I wanted to go. Afterward, he, Laura and I went to eat at a sushi restaurant in Westwood. We were sitting at the bar and Thomas was asking the sushi chef so many questions, like where does this come from, where does that come from. At one point, Thomas even leaned over the counter and grabbed a taste of the salt the sushi chef was using.

So, the sushi chef, in this thick Japanese accent, finally asks, ‘Where you from?’

The sushi chef leans closer and asks, ‘Have you ever been to French Laundry?’

Thomas answers, ‘I have. I go there every day.’

The sushi chef says, ‘No!? How is that possible?’ 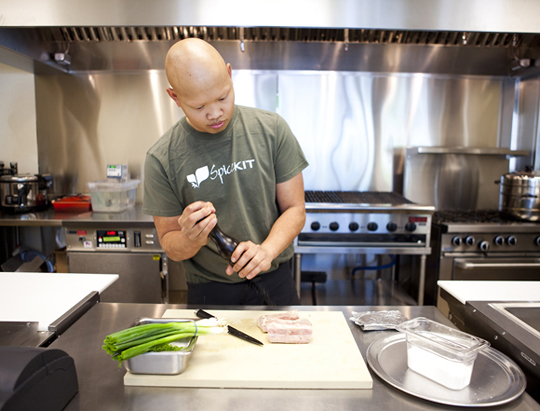 Q: That’s hilarious. Why did you leave a place so many chefs would kill to work at?

A: In the back of my mind, I always wanted to own my own restaurant. I quit to pursue that.

I’m from Toledo, Ohio, where the only Asian food when I was growing up was chow mein and orange chicken. It was Americanized Chinese. I thought we could introduce people to authentic flavors. That’s how Spice Kit came to be. With Spice Kit, I wanted to do authentic but accessible. Buns are like sliders. Wraps are like burritos.

Q: How’d you connect with Fred to start Spice Kit?

A: I knew Fred’s older brother. He’s an old friend. I was telling him about what I wanted to do and he said, ‘You should meet my little brother who’s at the Ritz-Carlton.’

Fred worked with Ron Siegel there. And Ron was one of the first people to work at the French Laundry. So I knew Fred would have the skills. I warned him, though, that it was going to be nothing like the Ritz or French Laundry, that we were doing quick and casual, that he wouldn’t get that kind of recognition at this type of place. So what happens? He gets a lot of recognition, including being named one of Zagat’s top chefs under 30.

Q: I’m guessing your parents now embrace what you do?

A: I think my parents are OK with my choice now. I think they were OK when they came to Per Se to have the nine-course lunch. They were like, ‘Wow, he works here?’ (laughs) 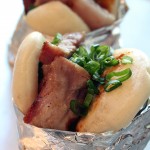 More: My Visit to Spice Kit in San Francisco 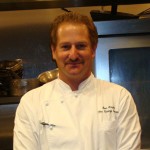 And: My Q&A with Chef Ron Siegel 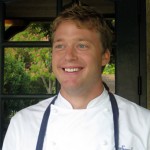 And: My Q&A with Chef Timothy Hollingsworth of the French Laundry