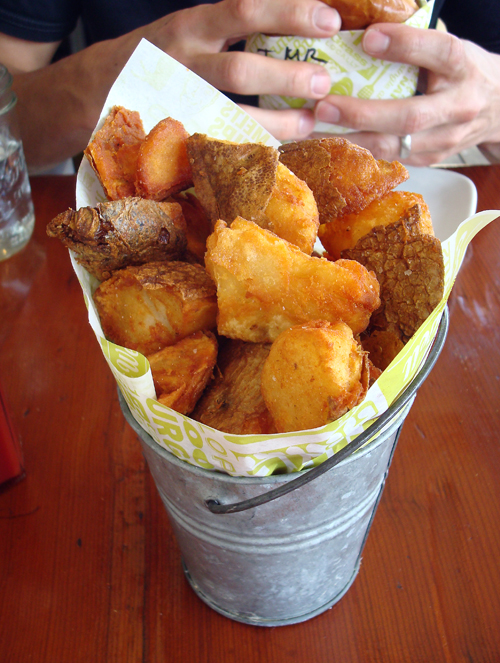 On vacation late last year in Los Angeles, my husband and I were all about spontaneity — meaning we dined without reservations or a specific game plan in mind. And yes, that made it feel like a real vacation, indeed.

Here are some of my favorite eats from that excursion:

Silverton planned to open Short Order in 2011 with Amy Pressman, once her former assistant pastry chef when the two worked together at Spago. But tragically, Pressman died of cancer shortly before the restaurant opened.

Located in the popular Farmers Market on W. 3rd Street, Short Order is tucked in a quieter back corner of the complex. It’s two stories with seating both inside and out around glassed-in fire-pit tables.

The Short Order Cobb ($12) is a composed bowl of arugula and bibb lettuces heaped with feta, tomatoes, avocado and more chopped bacon than you might be able to finish. It’s all tossed in a bright lemon vinaigrette. The crowning touch? An olive oil-fried, sunny-side-up egg with a vivid orange yolk. Short Order offers thrice-fried potatoes, but on the recommendation of our server, we went for the Short Order Spuds ($5). They are like a cross between home fries and tater tots. Russet potatoes get baked, then torn into nuggets that are fried until deeply golden brown. The result are potato chunks that are extremely crunchy on the outside and almost custardy within. You won’t be able to stop eating them.

You can find Chef Hans Rockenwagner’s delectable baked goods at farmers markets here, as well as his 3 Square Cafe in Venice and Rockewagner Bakery/Cafe in Santa Monica.

They are definitely worth seeking out. His pretzels are famously good and deservedly so, as we happily tore into a pretzel croissant with a burnished exterior strewn with big salt crystals. Who’s up for a cro-dough?

And if you can’t get to New York to try Dominique Ansel Bakery’s much ballyhooed cronut — the one that started the craze — Rockenwagner makes its own version.

Named “cro-dough” for trademark reasons, it is essentially a fried donut made of laminated croissant dough with various fillings inside. It reminded me of a morning bun with its crackling sugary layers. The one we tried had a filling of chocolate and a topping of hazelnut glaze. Sugary and crunchy, what’s not to like?

After creating one of the best burgers around at his gastropub, Father’s Office, Yoon turned his attention to Southeast Asian cuisine when he opened Lukshon in the trendy Helm’s Bakery district.

Lunch here is a great way to go, especially on a sunny afternoon when you can sit outside and people-watch. 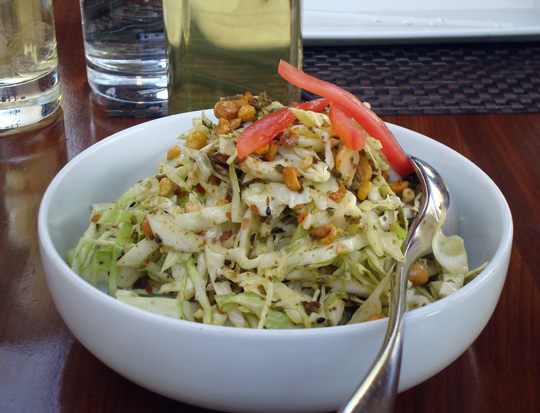 Eat family-style so you can try a few things such as a refreshing tea leaf salad ($7). This version is heavier on the cabbage rather than the fermented tea leaves. Nevertheless, it’s a satisfying mix of textures from crisp chana dal, marcona almonds, peanuts and plenty of sesame seeds.

Kurobuta pork ribs ($11) are a must-order with meat so tender it just slips off the bone. With a spicy, sticky chicory sauce glaze, the ribs are truly finger-licking good.

Steamed opakapaka ($19) was tender and brothy in a black bean ghee sauce that you may remember Yoon using in a dish on “Top Chef Masters.” Definitely have some rice on the side to soak up all the sauce. 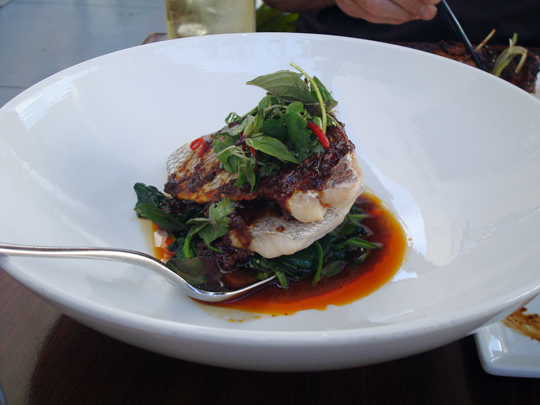 Dandan noodles ($8) come piled in a bowl with an Asian bolognese of a sort, made with ground Kurobuta pork, preserved mustard greens, tingling Sichuan peppercorns and crunchy peanuts. Stir it all up and get a little bit of everything in one mouthful for a true taste of comfort.

Even if you don’t have room to order dessert, Lukshon sends out a wee sweet treat with the check. That day, there were teeny squares of raspberry gelees and palm sugar brownies that tasted like an intense blondie. A nice touch.

When my friend and Asian cookbook author Andrea Nguyen recommends an Asian restaurant to me, I can’t help but make a beeline there.

Such was the case with The Spice Table.

Chef-Owner Bryant Ng worked for many years in high-tech in the Bay Area before he realized his true passion lay in cooking. So, he and his wife, who both have family in Los Angeles, headed south to open The Spice Table, which specializes in Southeast Asian cuisines, particularly those of Vietnam and Singapore.

The small restaurant can get crowded fast. But come early to snag a seat at the bar like we did. It makes for a great experience, too, because it fronts the wood-fired grill.

The menu is made up of small and large plates — all meant for sharing. Kaya toast at The Spice Table. Kaya toast ($8) is like breakfast for dinner. A server cracks a slow-cooked egg into a bowl in front of you, then instructs you to dip the sweet, crunchy wedges of coconut jam toast into it, as well as the accompanying dish of seasoned soy sauce. It’s sweet, it’s savory, and you only wish there was more because you’ll gobble it up in a flash.

The fried chicken ($14) is something special. It’s got a dusting of curry in the crunchy batter. And there’s a thick honey mustard sauce to dip into, only this one has extra heat because it’s made with fiery Chinese mustard. 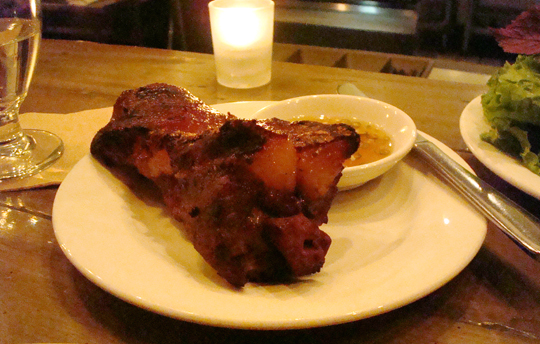 One of the dishes done on the grill is the pig’s tail ($15). It’s succulent with a sizable layer of unctuous fat. Peel off pieces of the smoky, sweet meat to wrap inside crisp lettuce leaves with shiso and mint before dunking it all into a chile-spiked, fish sauce -laced dipping sauce. Desserts are simple but satisfying, such as the kaffir lime custard, served in a glass with a cloud of floral lychee whipped cream. 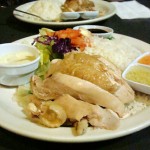 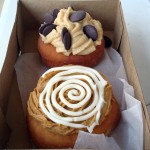 And: Three Places for Sweets in Los Angeles