Imagine digging into a very eggy, vanilla-rich custard — only it’s not spoonable, but so dense, bouncy and chewy that you can pick it up with your fingers to enjoy, much like a brownie or bar cookie. There’s just something so comforting and satisfying about it. 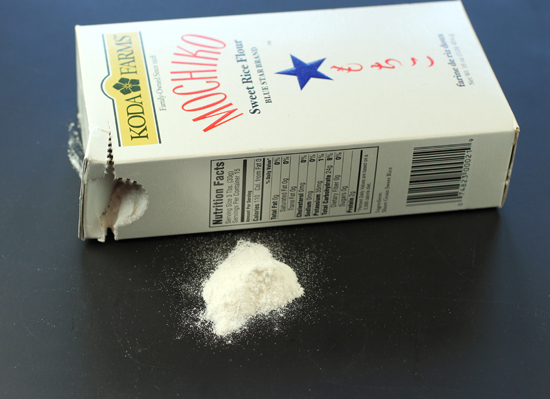 Its unusual texture comes from the fact that it’s made with mochiko flour or sweet rice flour that’s easily available on the shelf at Japanese markets. It is cooked glutinous rice that’s ground so finely that it resembles cornstarch. That also makes butter mochi naturally gluten-free.

They sure don’t call it butter mochi for nothing. It is very buttery. The batter is made with a cube of butter that’s melted, plus 3 cups of milk (I used 2 percent) and five whole eggs.

I like it best the day it’s baked because it comes out of the oven with a crispy top and edges, which makes for a nice contrast from the smooth, soft, sticky interior. The butter mochi will keep for days in a covered container or you can even freeze some to enjoy another time.

There are many recipes for butter mochi online. Some call for coconut milk or evaporated milk, which would make for an even richer rendition. Others are sprinkled with coconut for more sweetness and texture. Some even call for a dash of rum or whiskey. There are even recipes for chocolate butter mochi and pumpkin butter mochi.

Esperas and Stout, who is half Japanese and remembers pounding mochi by hand in Japan with his relatives, swear by this basic version.

It’s definitely a winner in my book.

And damned, if I don’t succumb to another piece.

In a large bowl, combine mochiko, sugar and baking powder.

In a medium bowl, combine butter, milk, eggs and vanilla.

Mix wet ingredients into the bowl of dry ingredients, stirring until well combined.

Pour into prepared pan. Bake for about 1 hour until golden brown.

Cool for at least 30 minutes before cutting into small squares with a sharp knife. Enjoy warm or at room temperature. 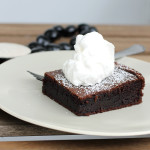