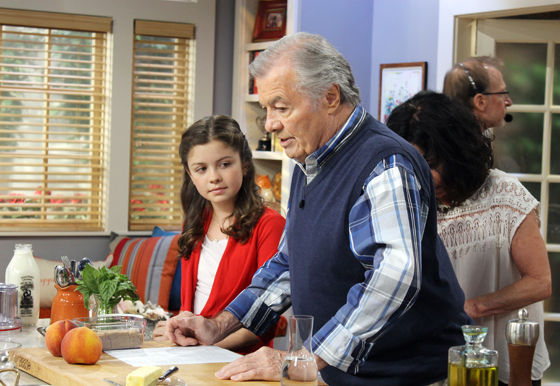 The show will reflect on his more than 60 years in the kitchen, and feature him cooking with his daughter Claudine, and 10-year-old grand-daughter Shorey Wesen.

The KQED set, where almost all his shows have been filmed, was even decked out with some of Pepin’s original watercolor paintings. 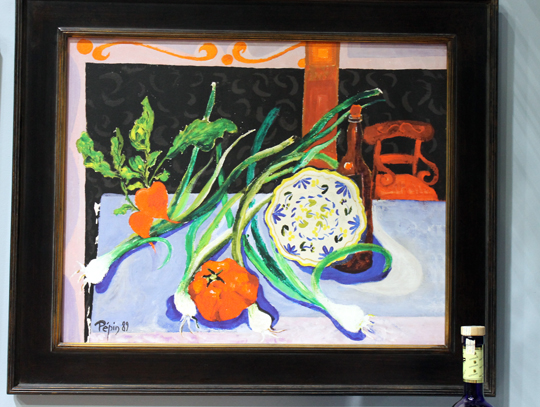 One of Pepin’s original watercolors that graced the KQED set. 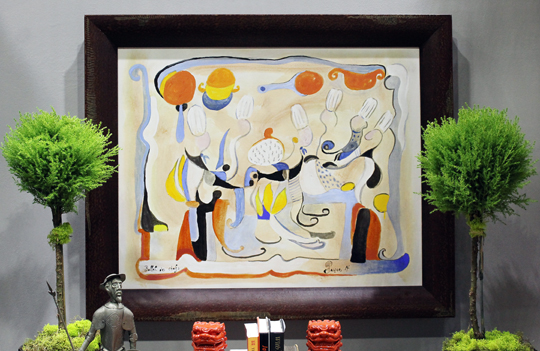 “Heart & Soul’’ also will include a special pledge night at Farallon, where Pepin celebrates his 80th birthday (albeit early, as he won’t turn 80 until December 2015) with fellow PBS stars Lidia Bastianich, Rick Bayless and Ming Tsai.

I had a chance to attend an afternoon taping, when Pepin was on set with his grand-daughter, making chocolate truffles, chocolate pistachio biscotti, rhubarb honey compote and other simple desserts. 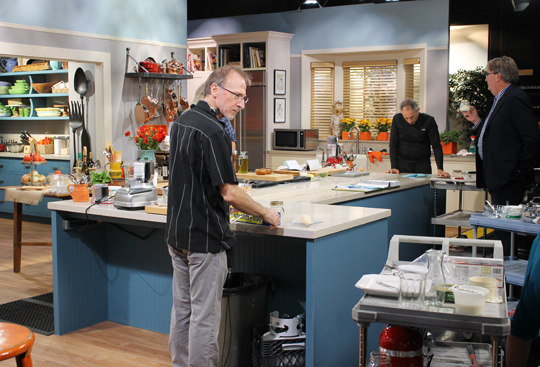 Prepping the set before filming.

Unlike his equally famous sidekick, Julia Child, Pepin has never cut himself during filming. Nor has he ever been nervous in front of the camera.

“I have cut myself — but not on TV,” he says. “I may have burned myself, but not so much as to stop the show. Cooking is the art of recovery. You just keep going.’’

Read why he’s decided that this series will be his last, what he thinks of social media, what cooking shows he watches, and how Martin Yan helped him get his first series on KQED. You’ll find all that and more in my story in this past Sunday’s San Francisco Chronicle Food + Home section. 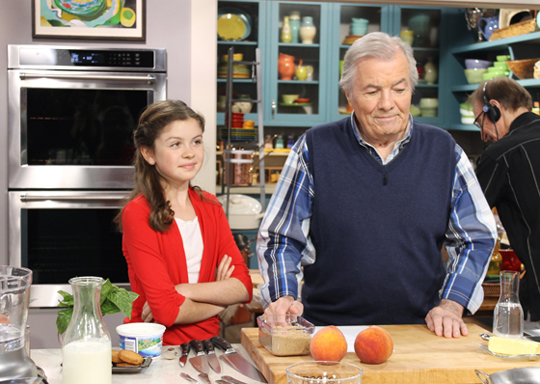 During breaks, Shorey would brush crumbs off her grand-father’s sweater, give him a hug or help him arrange things on the cutting board.