Four Locally Made Host/Hostess Gifts for the Holidays The sugary butter cookies, which were first made in a small European bakery in 1898, are now made in Burlingame by Esther Buss, a former consumer marketing professional who’s been baking since she was a child.

I had a chance to sample the cookies, which are made with just cane sugar, flour, butter, sea salt and vanilla. They’re delicate and disintegrate in your mouth even more than your average meltaway cookies. Rolled in sugar, they are super sweet. A smidge of sea salt adds a refined touch.

Enjoy them with coffee, tea or even sparkling wine.

The cookies are available online, as well as at retailers including Lunardi’s, Mollie Stone’s and Draeger’s. They are priced at $9 for a package of 15 cookies; $25 for a large gift tub of 28 cookies; and $5 for a mini gift tub of five cookies.

Imagine the super concentrated fruity taste of pomegranates without having to ferret out all those plump seeds to enjoy it?

That’s what you get with Round Pond Estate’s new Pomegranate Syrup. 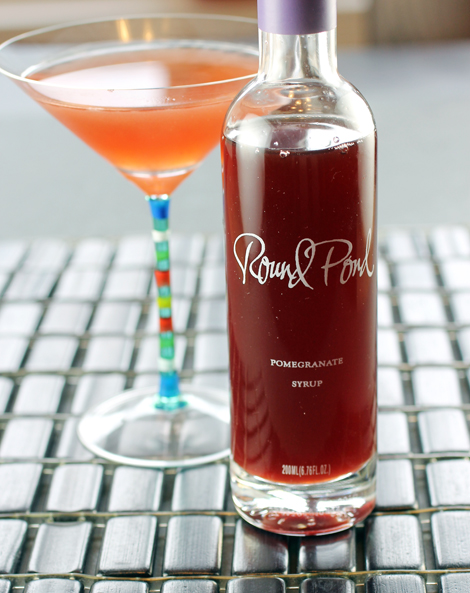 All the flavor of pomegranate in one concentrated form.

Made from the pomegranates that grow on its Rutherford property in the Napa Valley, the viscous, garnet-hued syrup is sweet-tart and sings of fall-winter holidays.

Drizzle it over ice cream, pancakes, or soft cheeses. Deglaze a pan of pork or chicken with it. Stir it into vinaigrettes. Or shake it into endless cocktails. I added some to a glug of vodka to come up with the pretty light pink martini pictured.

Isn’t it just so much more civilized to show up with a four-pack of these rather than your run-of-the-mill beer?

The new company, which just started production this year, touts itself as one of the few hard ciders with no added water, sugar or concentrate. 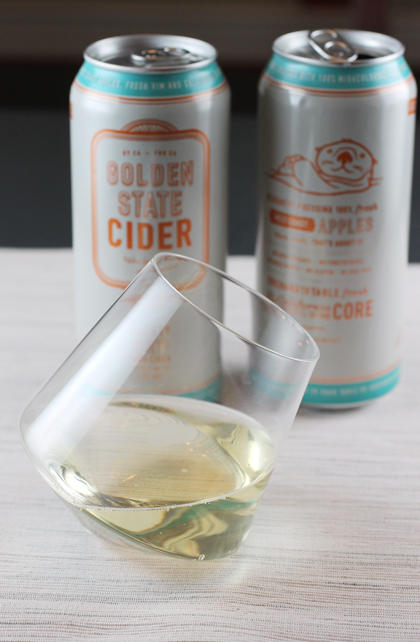 Its 6.9 percent alcohol level is comparable to that of craft beer. It’s also gluten-free.

I had a chance to try a sample. A pale gold, the cider is indeed quite dry, which is a nice change especially if you’re used to sugary sweet, non-alcoholic apple juice drinks. It’s crisp and clean tasting, making it versatile enough to be enjoyed with food such as charcuterie, cheese and even many Asian dishes such as Japanese curry or tonkatsu or Chinese barbecued pork.

OK, I admit it’s a shameless plug, but I couldn’t help touting my very own cookbook, “San Francisco Chef’s Table” 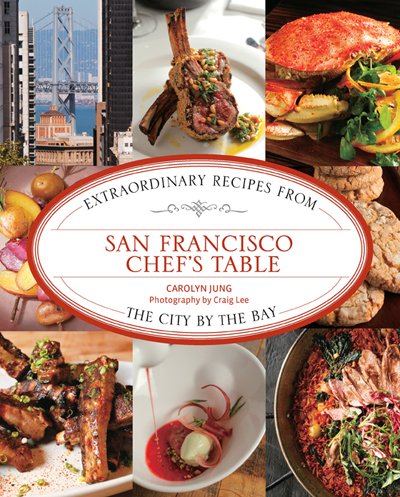 Can’t get a table at State Bird Provisions in San Francisco? Get the recipe for its “Glazed Pork Ribs with Scallions & Togarashi” to make at home instead. Addicted to the creative offerings at Craftsman & Wolves in San Francisco? Learn how to make its clever “Thai Mango Scones.” Pining for the day when Manresa in Los Gatos re-opens? Console yourself with its “Nasturtium Tonic & Gin (aka Nasty Tonic)” until then.

Plus, the gorgeous photos by the talented Craig Lee are sure to get you hungry.

The book is available at local bookstores, as well as on Amazon.com and BarnesandNoble.com. If you wish to purchase a personally signed copy, contact me directly at: cajung@sbcglobal.net