Bulka’s right-hand man in the kitchen is Chef John Shelsta, who worked at Marche in Menlo Park when Bulka headed it, and did stints at Zola in Palo Alto and the original Howie’s in Palo Alto. He also has other heavy-hitters working in the kitchen, who came from Chez TJ in Mountain View and the Plumed Horse in Saratoga. Not too shabby of a crew for a pizza joint, huh? 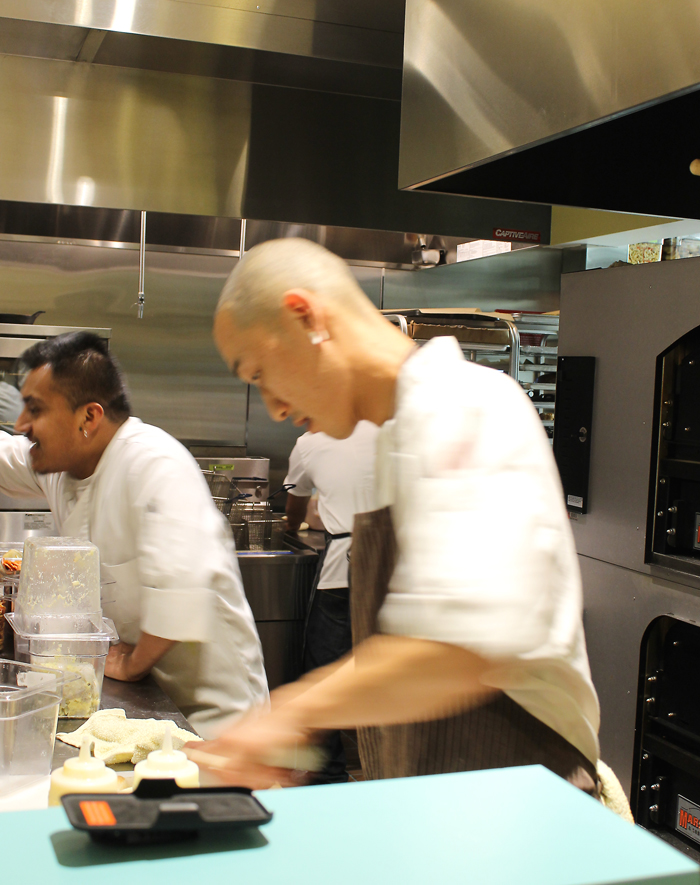 A resident of Redwood City, Bulka couldn’t be more pleased to open in this city. “I think this is what Redwood City needed — a real neighborhood bar and grill, a big ‘come as you are, come anytime’ kind of place,” Bulka says.

That seems to be the case, as the place was crowded with young families last Wednesday when I was invited in as a guest of the restaurant. Of course, I had to start with a cocktail. The En Vogue ($11) tasted like a relaxing walk in the garden with its refreshing blend of Hendrick’s Gin, St. Germaine and cucumber.

The pizzas are as good as ever. Bulka worked for a long time to perfect his crust, even going so far as to use pineapple juice in his starter because it has the perfect alkaline level. This is a crust that holds up wonderfully in the center and extends out to crisp-chewy edges. It’s sturdy and with presence, but not overly hefty.

The Prosciutto and Arugula ($23) is one of my favorite combinations around. This pie in particular comes draped with a very generous amount of thinly sliced La Quercia prosciutto. It’s placed on the pizza after the crust is baked, too, so it doesn’t end up cooked to toughness. Instead, the prosciutto remains soft, practically melting in your mouth. Arugula adds a bright pepperiness, and a squirt of lemon juice and a sprinkle of Parmigiano rounds it all out. 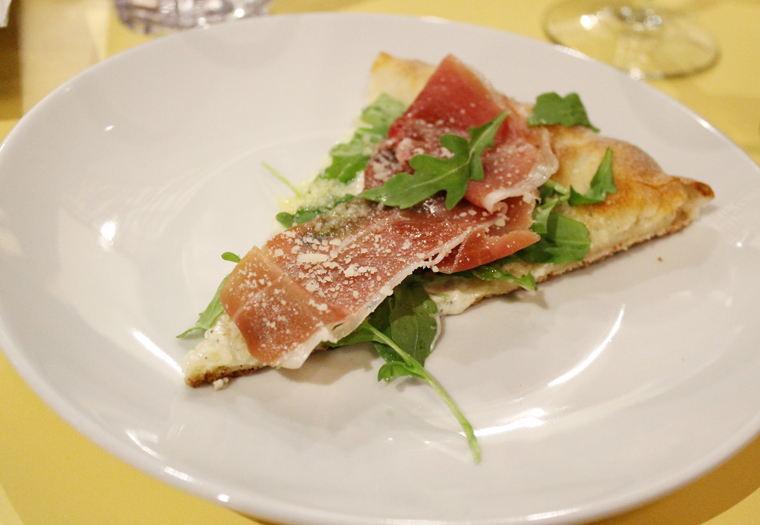 Eggplant Pillows ($8) are planks of eggplant rolled around more of that house-made ricotta. The eggplant, with its crisp edges and custardy interior, gets dressed with a spritely salsa verde. 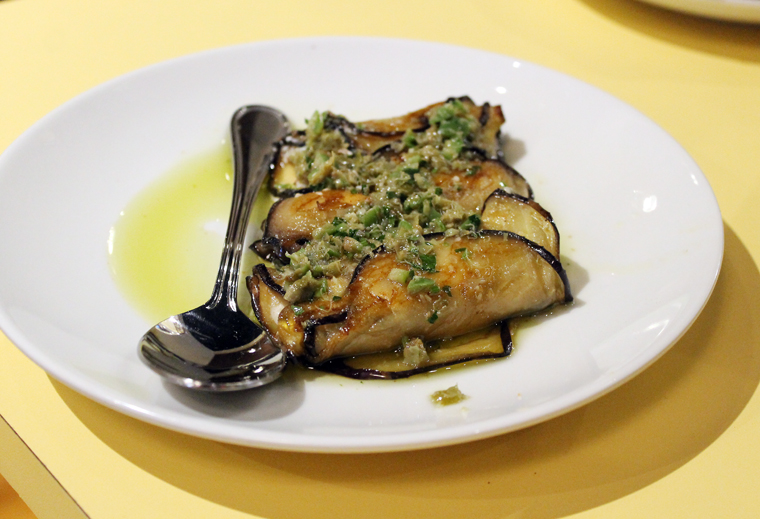 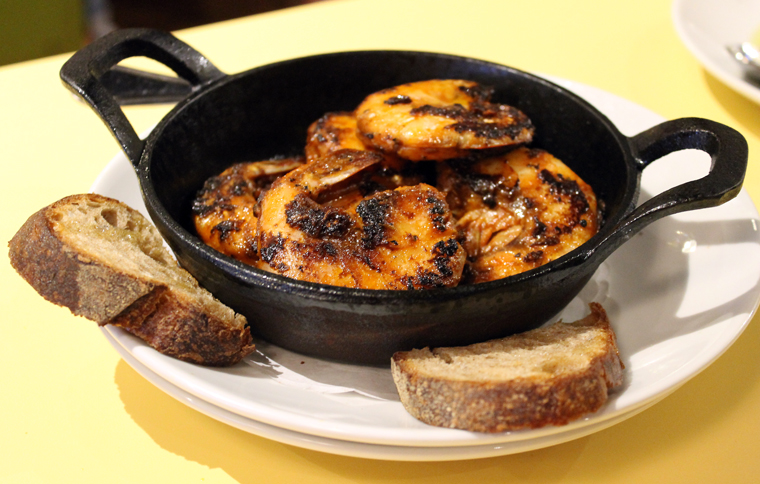 “Burn Your Fingers Shrimp” ($11) is definitely that. A small cast-iron pan is brought sizzling to the table, holding large, plump shrimp dredged in a spicy seasoning sort of like jerk chicken. You can peel the shrimp — or eat the shells, as they are as crunchy as potato chips.

Howie’s Burger ($12) is a substantial one with its juicy, thick patty dressed with pepper jack cheese, caramelized onions, lettuce, pickle and a secret sauce that tastes like a spicy ketchup.

The Salmon Burger ($13) is quite moist. It’s accompanied by a terrific curry mayo to slather on at will. 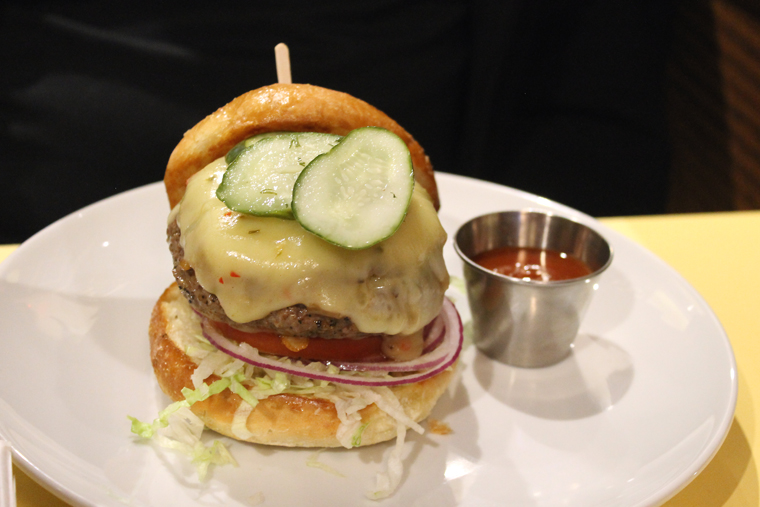 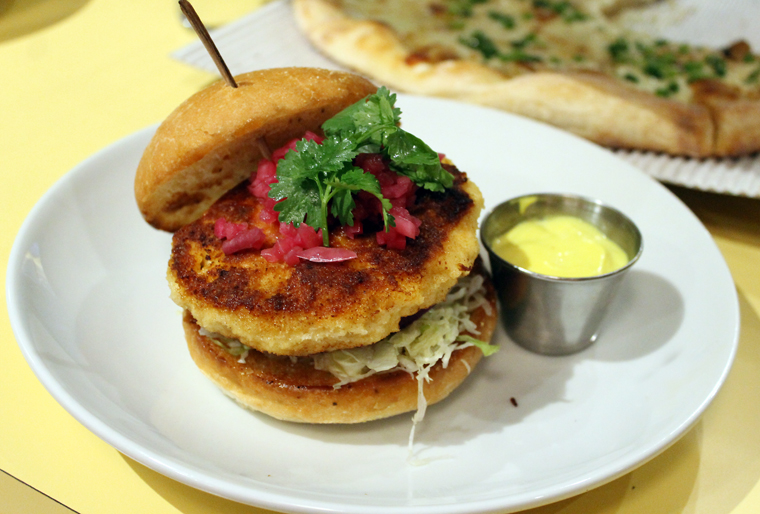 A burger just wouldn’t be complete without fries ($3.50), and what fries these are. Not thin, not steak frites, but in between in thickness, and twice-fried. They are incredibly crisp on the outside and fluffy-creamy within. I try not to eat fries too often, but I kept reaching for these again and again.

Howie’s in Palo Alto offers up Straus soft-serve sundaes for dessert. Howie’s in Redwood City has a sundae, but also banana cream pie ($8). The latter is a nice rendition, too, with a flaky crust as the foundation for smooth custard, fresh slices of bananas, whipped cream and shavings of chocolate. 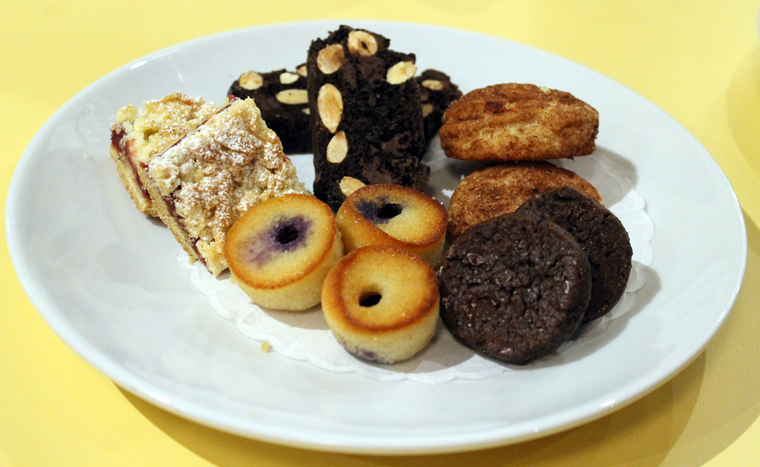 There’s also a cookie plate ($8) that includes chocolate almond biscotti, jammy streusel bars, snickerdoodles, button-sized blueberry financiers and whatever else the kitchen is in the mood to bake. Bulka jokes that members of his crew will come in wanting to try their hand at baking a favorite family cookie recipe, so he’s never sure what goodie will turn up next.

As for that aforementioned sweet treat Howie’s is working on to debut at brunch, well, just take a look at the photo below. 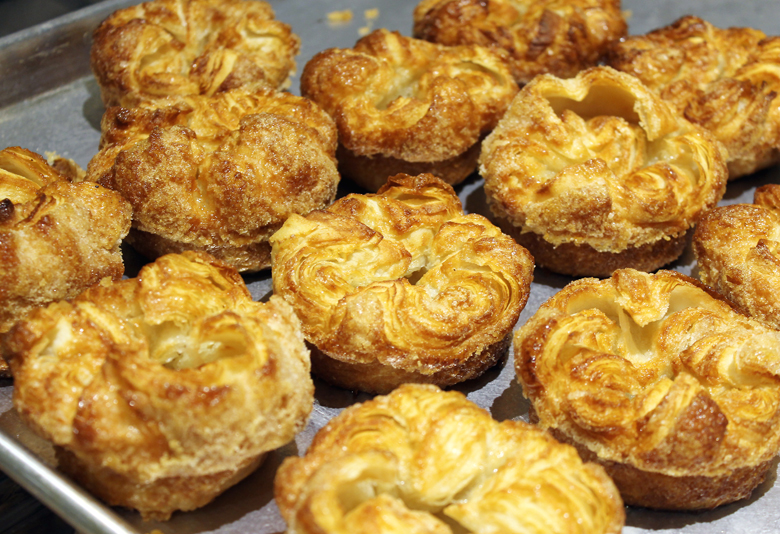 Yes, they are what you think they are.

Yes, those are kouign-amanns, that heavenly French pastry that’s like a croissant turned into itself with flaky, buttery layers brushed with sugar that caramelizes into a crackling crunch and creates a pool of syrupy goodness at its center.

You know my benchmark for kouign-amanns are the ones by Pastry Chef Belinda Leong at B. Patisserie in San Francisco. I will go far out of my way to snag those. That’s how good they are.

So, how do Howie’s compare to B. Patisserie’s? Chef-Owner Howard Bulka in the kitchen.

Let’s just say that Chef Shelsta, who is adept at both the sweet and savory sides of the kitchen, trained under Leong and in fact, learned how to make kouign-amanns from her.

He’s tweaked her recipe slightly. But they still pay homage to hers.

Of course, I tried some. It was swoon at first bite.

Kouign-amanns that rival B. Patisserie’s — coming to the Peninsula?

My heart — and stomach — be still. 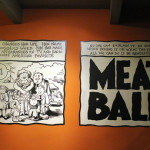 More: A Look at Howie’s Artisan Pizza in Palo Alto 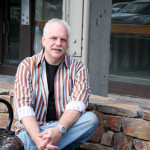 And: Take Five with Howard Bulka 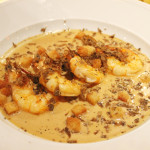 And: My Dinner at Zola’s in Palo Alto 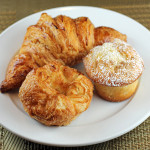 And: The Goods at B. Patisserie in San Francisco