Step Inside Kristi Marie’s For A Sweet Taste 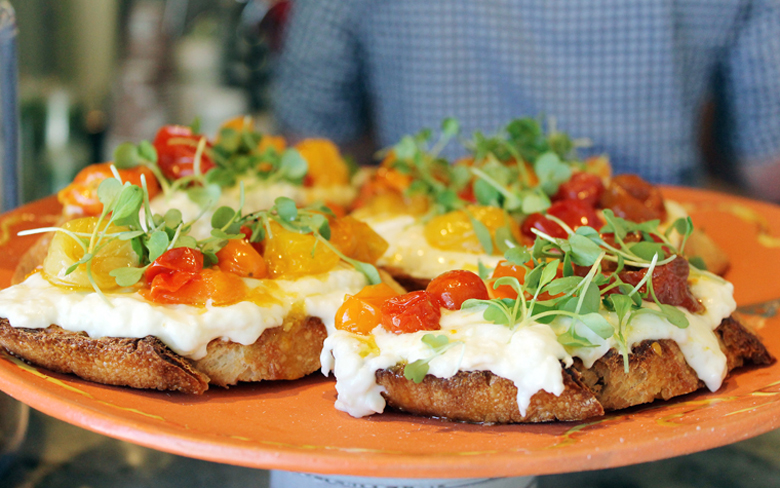 If you’ve spent anytime in Menlo Park, you know the Borrone name.

As in the beloved Cafe Borrone next door to the equally cherished Kepler’s Books on El Camino Real.

Rose and Roy Borrone opened the European-style cafe more than a quarter century ago.

Their son Peter and his wife then opened the wood-fired pizza joint, Vesta, three years ago in Redwood City in the same location the first Cafe Borrone was established before it moved to Menlo Park. 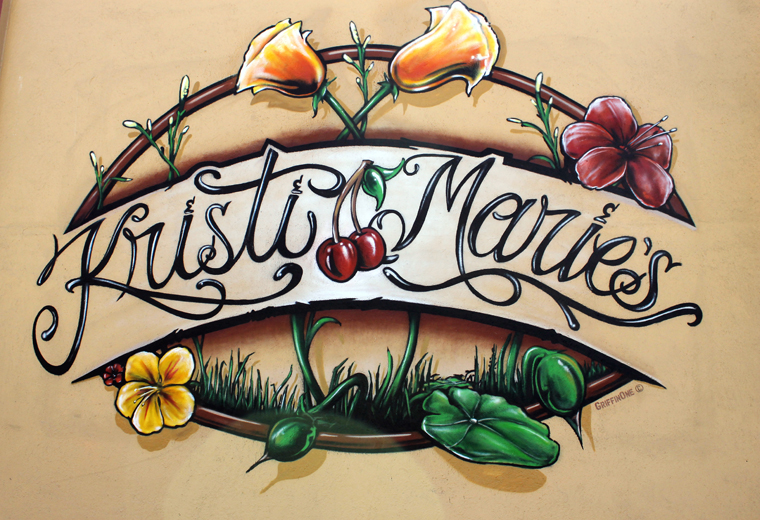 The colorful sign painted on the side of the building. 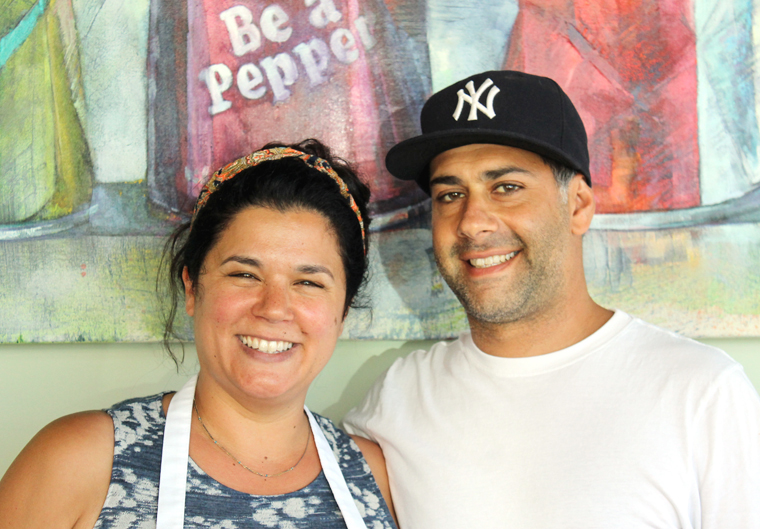 The slender, shoebox-sized space once housed a hair salon. Now, it’s where Kristi and former Station 1 Sous Chef Alex Avery turn out sweets with Tarazi lending a hand with the savory side.

Everything is designed to-go, since the compact establishment has but one bench inside to linger on. “We’re like a food truck — that’s not going anywhere,” Tarazi says with a smile.

With the train station right across the street, Kristi Marie’s gets a lot of commuters coming in for cups of Equator Coffee, fresh-pressed juices, house-made breakfast sausage sandwiches, biscuits with honey butter and strawberry jam, bodacious burgers, and tartines topped with ricotta and cherry tomatoes. 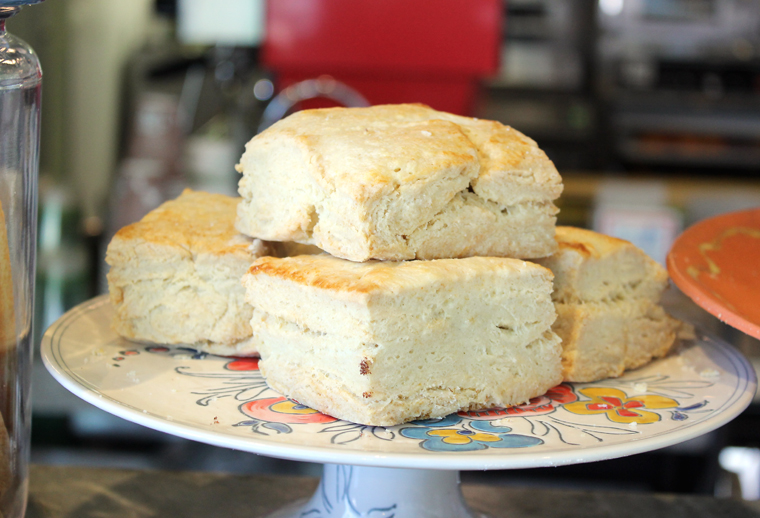 I had a chance to sample some of the baked goods, including a super moist almond cake, a tender danish with fresh berries strewn over a layer of pastry cream, and a fist-sized brioche covered inside and out in cinnamon sugar, which was hands-down my favorite. 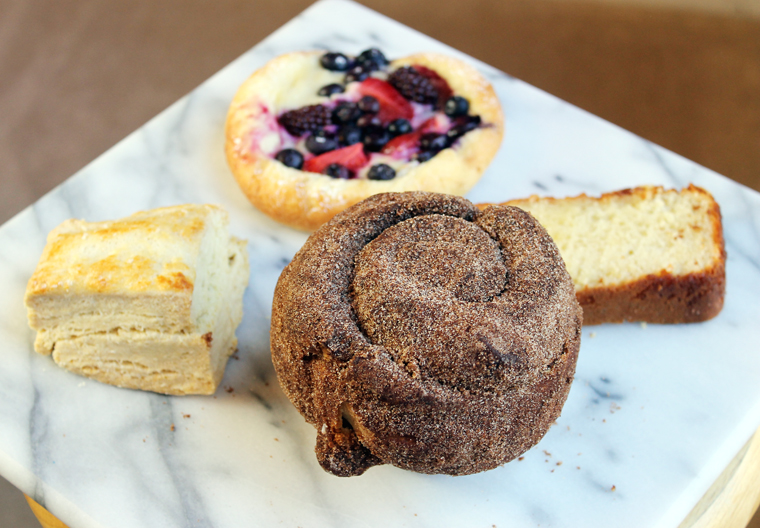 A sampler — with that cinnamon-sugar brioche front and center.

Kristi Marie’s may be tiny. But it’s big on sweet charm. Check it out the next time you’re in Redwood City. 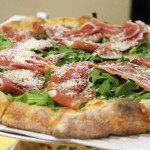 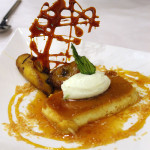 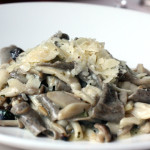 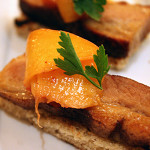