A Leisurely Lunch at Barndiva 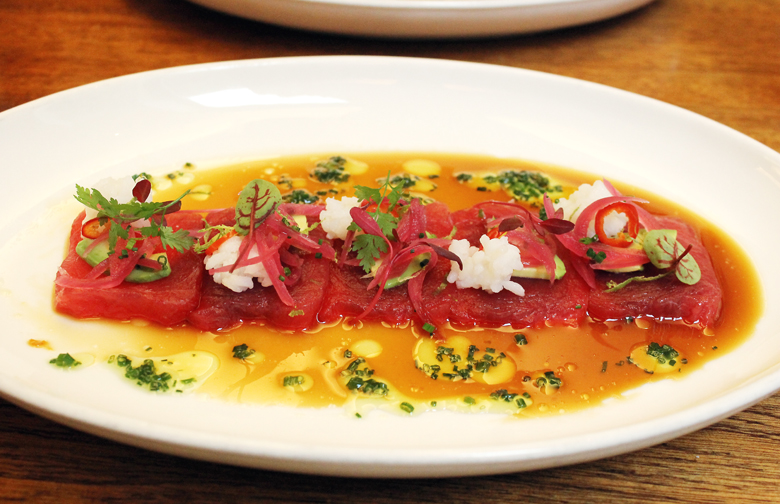 On a recent rainy Friday afternoon, my husband and I ducked into the pretty trellised courtyard and right through the inviting doors of Barndiva in Healdsburg.

Apparently, we weren’t the only ones lured inside by the laid-back, rustic warmth of its barn-like setting, as the cozy dining room soon filled up with locals greeting each other with hugs and kicking back with glasses of wine.

It’s easy to see why this is a spot that attracts folks again and again.

It has a free spiritedness about it with eclectic artwork on the walls, including a wall of vintage wooden shoe forms at the entrance. In fact, the secondary dining room is an actual art gallery by day, and an event space by night. 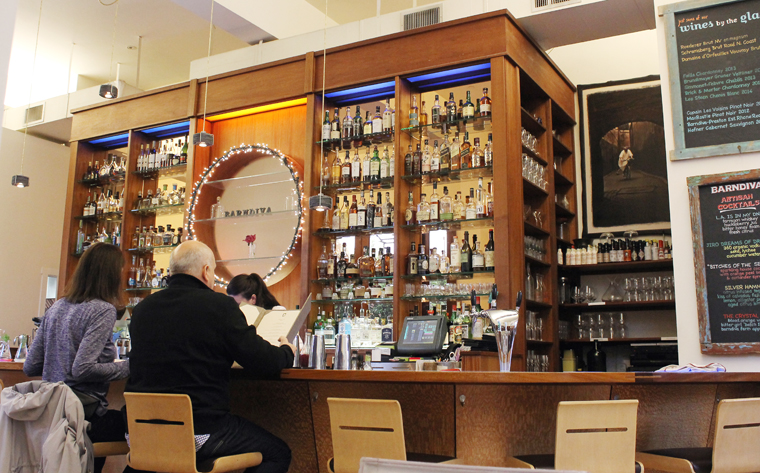 I hadn’t dined at Barndiva since shortly after it opened in 2004, so I was happy to go again in December after being invited in as a guest of the restaurant.

About six years ago, Chef Ryan Fancher came on board after cooking alongside Richard Reddington at Auberge du Soleil, and Thomas Keller at both the French Laundry in Yountville and Per Se in New York.

Because we were driving back home afterward, my husband and I had a fairly light lunch, but one that definitely satisfied.

My Yellowfin tuna sashimi ($18) was light and bright — everything I want at lunch, especially when I have to sit in a car for hours later. The tiles of fish were dabbed with sticky rice, and rimmed with sweet soy sauce, pickled onion slivers, rings of chili, and a dribble of fine olive oil.

Of course, my husband chose the house-ground filet mignon burger ($20) that drips juice all over your fingers from the first heavenly bite. It was garnished with house-made pickles, jack cheese, avocado, bacon, and buttermilk dressing. Definitely messy — but worth the pile of napkins. That burger. And those fries!

What really stood out on the plate were the unique frites. They looked like crinkle-cut potato chips, only much thicker. They’re not as crisp as regular, thin fries. But boy, are they fun to eat with all those ridges that catch the spicy ketchup that accompanies with them. They’re a popular item, too, as we saw quite a few tables order a basket of fries ($12) as an appetizer.

By the time we finished, the rain had subsided. We only wished we could have lingered longer. Because Barndiva beckons like that.