A comforting Korean dish that can be made a flash.

When times are tough, some people find solace in chocolate. Or wine. Or endless handfuls of potato chips.

When Gourmet magazine abruptly shut down, its former editor in chief came in to clean out her office. The place was deserted with nothing but empty drawers and cabinets to greet her when she was surprised by the arrival of four friends. They had flown in from California to offer their support.

They gathered up Reichl, and together rode the subway to Flushing to commiserate over a feast of Asian food. At the end of it all, one friend, Laurie Ocha, a former executive editor at Gourmet who is married to Pulitizer Prize-winning food writer Jonathan Gold, gave her a present to take home.

It was a package of Korean rice sticks, which she hoped would inspire Reichl to forge ahead. It did the trick, and “Spicy Korean Rice Sticks with Shrimp and Vegetables” is one of the memorable recipes in her newest book, “My Kitchen Year: 136 Recipes That Saved My Life” (Random House), of which I received a review copy. 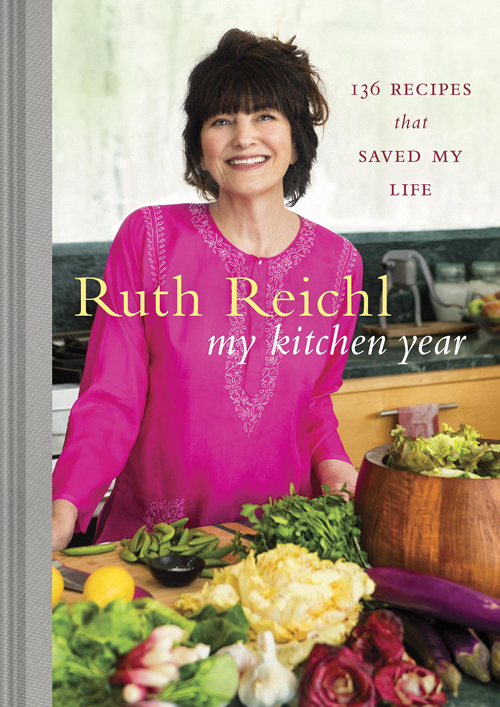 This is a cookbook, in which the recipes couldn’t be more personal. Each has played an important role in Reichl’s life, and she shares affecting and lovingly honest reasons why.

There’s the “Chicken Liver Pate” that she always makes a big batch of to stash in the freezer for emergencies or impromptu gatherings like the one that happened with the Gourmet staff at the end of the day they all found out they had lost their jobs.

There’s “The Cake That Cures Everything,” big enough to serve 20, that she baked to get over the grief of the magazine she loved being no more.

There’s “Sea Urchin Pasta,” which she dreamed about when she was holed up in bed, following surgery to fix a shattered bone from a fall she took. Unable to cook or even move about, she fixated on this luxurious pasta she devoured at Eric Ripert’s Le Bernardin. With its generous amount of butter and roe, who wouldn’t?

The cookbook eschews the conventional format that typically lists ingredients by order in which they’re used. Instead, Reichl divides her ingredients list into “shopping list” and “staples” to give you an idea of which things will require a trip to the store.

Korean rice sticks are kind of like mochi or chow fun noodles on steroids. The cylinder-shaped rice sticks are very dense, extremely chewy, and quite filling. They’re not everyone’s cup of tea, but I love them for their unique texture. 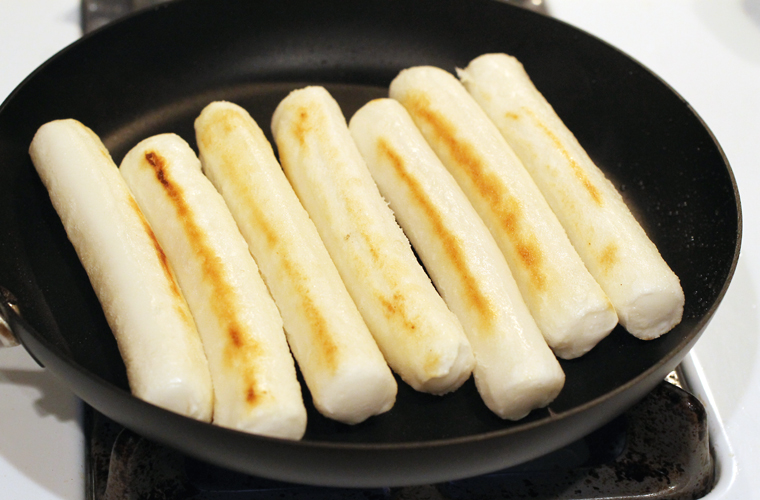 Browning them in a pan.

Reichl’s recipe calls for a 300-gram package of fresh ones. Mine came in a 396-gram (or 14-ounce) package at my local Korean market. If you use that size package, and add a few more shrimp or a little more veggies, this recipe, which is supposed to serve 2 will easily serve 3, especially if you pick up some banchan (Korean kimchi and other pickled or preserved veggie sides) while you’re at the store.

Rice sticks come in many forms. They can be found frozen, in which case, just let them thaw. They are dried, which will require a long period of soaking to make them soft. I like using the fresh ones for convenience. They come in long, thick sticks or more two-bite-sized cylinders. I used the long ones because they’re easier to turn and brown in a frying pan. This is a crucial step because it makes the rice sticks crisp and golden on the outside in contrast to their dense, chewy interior. Just cut them up after they’re toasty before completing the dish.

This is a super easy weeknight meal. In fact, it’ll take you more time to go to the Korean market than to make this dish for dinner.

The big toothsome rice sticks get a quick stir-fry with shrimp and your choice of veggies (I used green cabbage). It’s all flavored with a bit of soy sauce, vinegar, garlic, and the fermented Korean pepper paste known as gochujang that you can find in tubs on the shelf at the Korean market.

It’s a mouthful that’s a little spicy, sweet and tart — just like life can be in so many ways at so many times. The rice cakes are super chewy and fun to eat.

Heat a lightly oiled cast iron skillet over medium high heat for a few minutes and roast the rice sticks just until they begin to brown. Remove them from the heat, and if you want them in smaller pieces, cut them up.

Make a sauce by mixing the gochujang (Korean red pepper paste), with the brown sugar, cayenne, sherry, or rice vinegar, soy sauce, and another splash of balsamic, sherry or rice vinegar.

Heat a wok, add a bit of neutral oil, and toss in the onion until it just begins to send its perfume into the air. Add an equal amount of the cabbage, broccoli, or asparagus, and the shrimp, tossing until the shrimp begin to turn rosy. Add the sauce and the rice sticks, and if it looks as if it needs it, a bit of water. At the very end, add the scallions, toss well, and serve.

From “My Kitchen Year” by Ruth Reichl 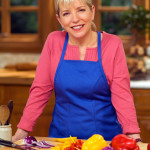 More: My Q&A With Sara Moulton After the Demise of Gourmet Magazine 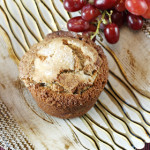 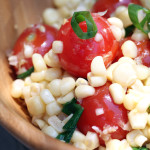 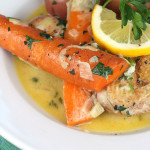 And: Gourmet’s Chicken in Riesling 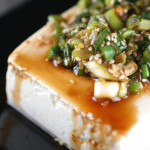 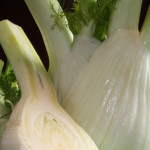 And: Gourmet’s Braised Pork with Fennel 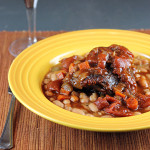 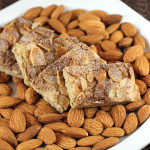